Furthermore, the consistency of UK grain needs to improve, alongside a drive to look for new opportunities and niches for our grain and grain products.

These are the main conclusions of an AHDB Horizons report, Post-Brexit prospects for UK grains, which calls for the supply chain to act as one to drive competitiveness and value. 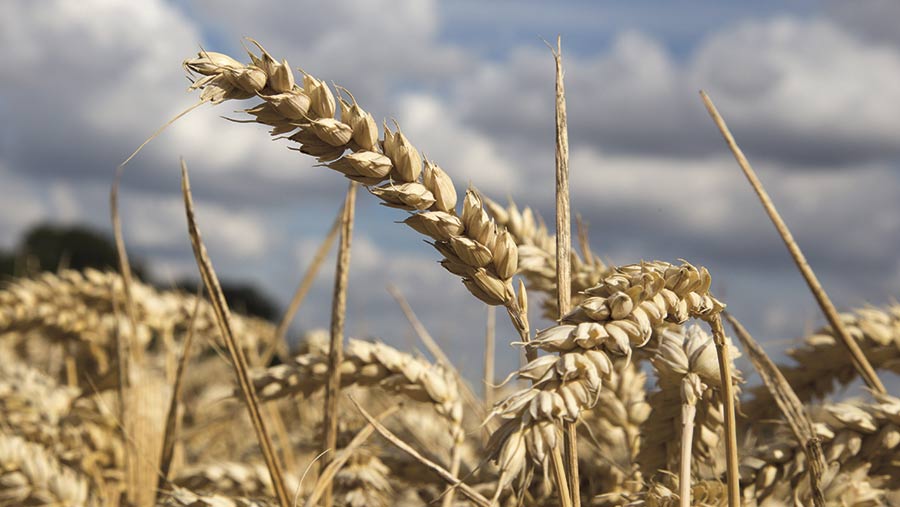 “The challenges facing the future of UK grain trade are significant and as a result, survival is likely to require an element of change,” says the report

If trade with the EU becomes more limited, the knee-jerk reaction is to flag new potential export markets, but the competitiveness of home-produced grain on our domestic market is critical, says the report.

Post-2020 policy is an unknown, but two of the main scenarios could be reduced direct support and greater competition. So it will be important for the UK to reduce costs and produce quality that means UK grain is a preferred supplier.

Market access issues are less of a hurdle than the global market dynamics in cereals, says the report. These are changing as the US loses its stranglehold on the global wheat trade.

Importance of EU as a market for UK grain

Between 25% and almost 100% of our barley exports have gone to other EU member states over the same time period, and the level has been higher than 80% for 11 of the past 20 years.

If there is no trade deal with the EU, this would mean tariffs or export taxes being imposed in and out of the UK and our market could face more internal volatility as a result.

Exports are important, but variable in terms of the size and quality of our harvest, as well as global market conditions. 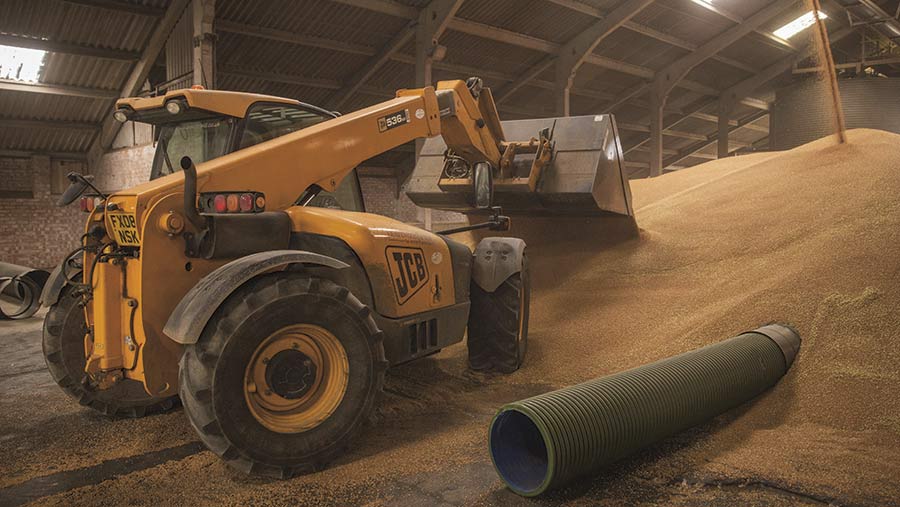 In global grain terms, while exports are important to domestic prices, the UK is a small player in a big market. We need to question whether we should be trying to be a global player or find niche markets, if they exist in a market so driven by “price on the day”, says the report.

The report flags adding value as one way of overcoming the price-driven nature of the market – for example, exporting more malt rather than malting barley. It questions whether containerised grain product exports can be expanded from the UK, as 50% of containers leave our shores empty.

In the past four seasons the UK exported an average of 11% of its wheat and 17% of its barley crop.

Outside the EU, our biggest markets are the Middle East and North Africa (Mena).

In addition, the competition from maize is likely to rise – it is cheaper to grow in many countries and the UK could become a target for more GM maize imports, which in turn could further complicate trade with the EU.

While global wheat and barley trade is expected to grow, other exporters can at present produce grain more cheaply than the UK, with Russia and the Ukraine exporting more of their production over the past 30 years.

The AHDB has examined the potential of 10 key countries or regions as export destinations for UK grain.

However, the AHDB reinforces the rising threat from maize. Two-thirds of grain fed to animals worldwide is maize, and outside EU the figure is 75%. Growth in global broiler meat and pigmeat production in recent years has helped maize consumption.

Markets that have forecast growth are often ones in which the UK would find it difficult in the face of the high protein and low moisture content requirements of some destinations, as well as price competitiveness and consistency of supply issues.

The AHDB points out that loss of preferential treatment regarding the EU market is also likely to mean loss of access agreements with non-EU countries such as Morocco and Algeria without new access arrangements and probably tariffs.

There are opportunities in Asia for UK malting barley – the report suggests added-value options should be considered – for example, replacing more barley exports with malt exports.

There is no doubt that the UK faces tough competition from lower-cost producers with higher outputs. While global wheat demand is expected to rise, there are limited easy wins, says the AHDB.

Also, the UK is used to having a wheat surplus, but that is changing – the area is under pressure as growers switch out of wheat to other grains for agronomic reasons. The more variable climate means the crop size is less predictable and there has been a trend to rising wheat imports.

While problems such as the poor maize crop in 2012-13 can lead to unexpected export opportunities, such opportunities are sporadic.

“The UK grain trade can face a challenge in getting the right tonnage of grain from farms at the right time,” says Jack Watts, lead author of the report.

“Sometimes the grain cannot be mobilised quickly enough or it may be a question of the logistics, such as the availability of portside storage or haulage.”

Brexit as catalyst for change

The challenge of Brexit could be the catalyst for dealing with some of the historical issues the sector has faced – for example, trust in the supply chain and productivity, says report lead author Jack Watts.

However the support package offered to growers in the EU relative to that for UK farmers will also be a big issue.

Strong domestic demand, bolstered by the bioethanol plants in recent years, means the UK wheat export surplus has been reducing.

If the area remains at about 1.8m hectares and bioethanol demand remains, the UK’s future as a consistent exporter is in doubt, says the AHDB.

Variables that will affect post-Brexit scenarios

Tonne for tonne, wheat imports to the UK tend to be of far higher value than our wheat exports, raising the question of whether greater value could be achieved through displacing imports.

Competition for barley export business is likely to get tougher in future, warns the report.

As UK barley output has grown in recent years, so barley exports have grown, so that 2m tonnes (27% of the 2016 crop) was exported.

This puts the UK on a par with some global barley export players such as Russia, Germany and Canada.

Only small increases in barley demand are expected over the next few years among the main importers and these are expected to be partly met by domestic consumption increases, for example in China and North Africa.

“Therefore, for the UK to export larger volumes to non-EU destinations it would have to win trade from existing suppliers,” says the report.

The report considers six scenarios to identify the risks that may affect the economics of UK grain production and exports.

The immediate effect of Brexit and any arrangement negotiated will depend on where we are in the commodity cycle, points out Mr Watts.

While any tariff implications may be reduced by the effect of a drop in the value of sterling, the same currency fall pushes up production costs.