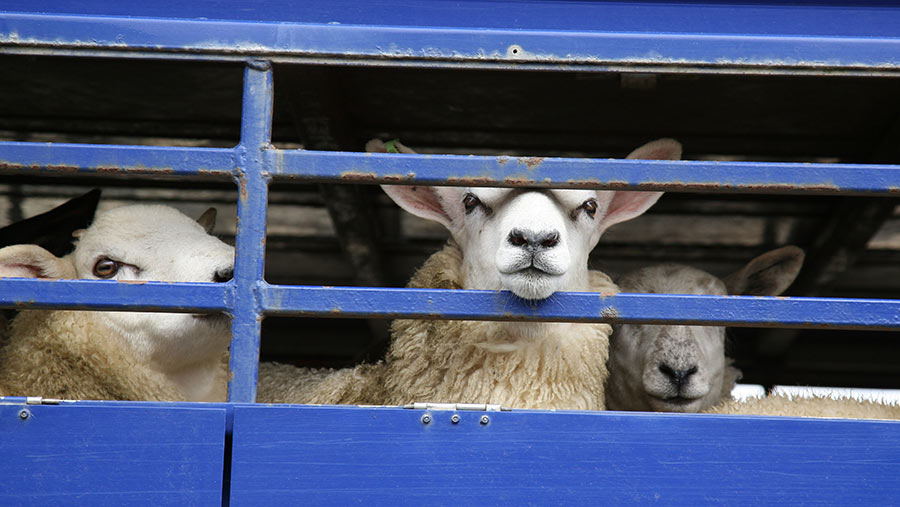 Moving livestock between Northern Ireland and Great Britain is set to become simpler as industry bodies work to ease the process.

The Department of Agriculture, Environment and Rural Affairs (Daera) has been working with Defra and stakeholders to support live imports and exports of sheep and cattle. Despite the progress, some issues remain, such as retagging and separation requirements.

See also: What does the future hold for UK beef farming?

The number of both cattle and sheep exported from Britain to Northern Ireland in 2021 fell well below year-earlier levels, following the UK’s withdrawal from the EU, which brought the imposition of third-country rules for this trade.

“The two most welcome changes are the introduction of the Scrapie Qualifying Scheme, which allows flocks that have joined the scheme to qualify to trade from entry into the scheme, and the removal of the requirement for a six-month residency period for any stock coming to GB from NI and wanting to return,” said Mr Stocker.

“Both these are welcome changes, but they still only really allow farm-to-farm trade for sheep and don’t allow farmers to take part in major sales and livestock shows.

“This is the area that needs to be worked on now – to agree practical solutions to separation in sales yards/export assembly centres so that farmers can return to trading animals in environments that work for them and drive competitive trade. We also agree with [Daera] minister Poots that the tagging requirements are unnecessary and risk undermining traceability.”

Neil Shand, National Beef Association (NBA) chief executive, said: “The proposal they have come up with means segregation and separation for Northern Irish animals when they come to GB, and that’s not acceptable.”

The NBA is involved in a small group working on alternatives alongside other bodies including Defra and Daera.