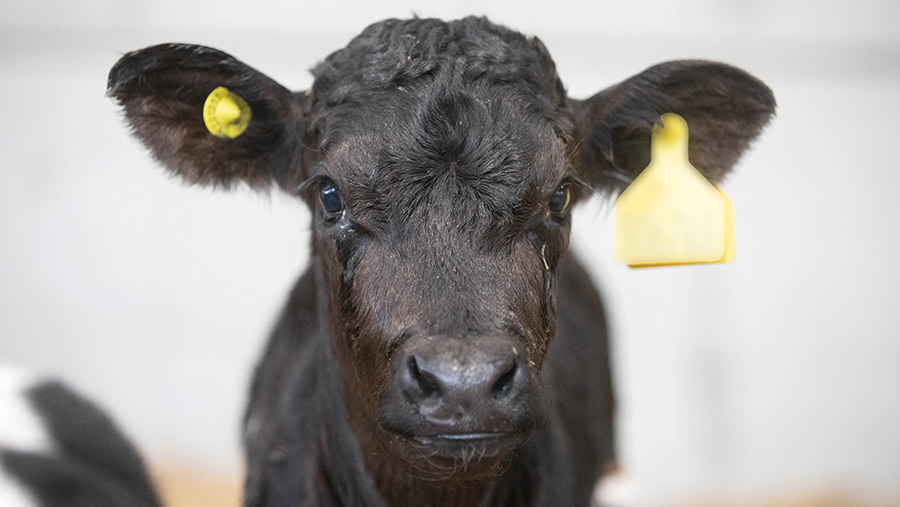 A further shift from suckler- to dairy-bred beef, greater emphasis on carbon credentials and solid demand are the key forecasts for the beef sector.

The firm beef prices seen in the past 12 months are likely to continue as domestic supplies remain low, according to AHDB lead livestock analyst Duncan Wyatt.

Deadweight beef prices broke through the £4/kg barrier in 2021. With still too few beef cattle on the ground, prices should be similarly well-supported in 2022, Mr Wyatt says.

The short supply is set against a backdrop of growing world demand, boosting prospects over the coming years.

He also allayed fears over the Australian trade deal: Australia will continue to supply customers including the US, Japan and China and only compete to displace Irish mince on the UK market.

See also: How an upland farm is adapting to survive without subsidies

In the longer term, the domestic market will continue to see supply shift away from suckler herds towards dairy-bred beef.

About 55% of British beef already comes from dairy-bred animals and, with milk processor contracts insisting that bull calves are reared, this trend will continue.

Greater use of sexed semen and beef genetics will aid the switch, and economics will add further momentum with more suckler farmers expected to move into dairy production to capitalise on the dual outputs of milk and meat rather than beef alone, Mr Wyatt suggests.

He is also confident that a long-threatened carbon tax on red meat will not be adopted by the government, although there will be growing pressure to cut emissions.

Key to meeting targets is knowing what emissions are being produced. There will have to be widespread uptake of carbon calculators and the process of measuring should begin as soon as possible, Mr Wyatt says.

The UK also has a particularly good story to tell, with grazed systems accounting for 90% of the herd.

However, Mr Shand says the government has called for a 30% cut to methane emissions from the sector and this would ramp up the pressure.

Further tightening of management will be necessary to hit this target, he adds. For example, bringing forward finishing dates by three months would reduce lifetime methane output by 20%, he says.

A further 13% of methane emissions could be cut by reducing disease. “We have to keep raising the bar on this and will look to eradicate endemic disease via programmes for BVD and Johne’s, with efforts to cut IBR stepped up.”

However, to cut methane emissions further, Mr Shand says in-feed inhibitors would have to be introduced as soon as possible.

“We urge the government to see this as a priority and fund extensive research to bring methane inhibitors to market in the very near future,” he adds.