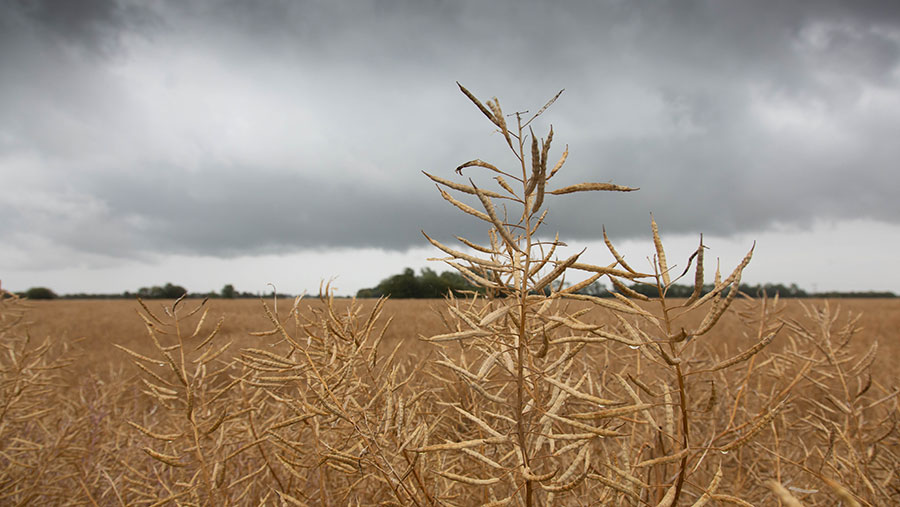 Arable, dairy and pig sector incomes in England are forecast to have declined sharply due to the challenges they faced in 2020-21, according to Defra figures.

The arable sector suffered reduced yields after poor drilling and growing periods, while the dairy sector struggled to recover from the effects of the first Covid-19 lockdown. Meanwhile, pig farmers have faced extreme trade difficulties.

Export bans enforced by China in Europe, due to African swine fever outbreaks in German boar and because of Covid-19 concerns in the UK, saw a huge increase in supply.

Only upland and lowland units fared better with rising incomes, albeit from a low base.

Cereal growers are expected to see a 43% drop in average incomes in 2020-21 to £36,000. Although prices remained firm during the 2020 harvest, yields were undermined by poor drilling conditions during the previous autumn and a dry spring.

A 25% switch to spring crops failed to compensate, and outputs are expected to be 17% down on year-earlier levels. Input costs are expected to fall only marginally – down 2% – due to a reduction in fertiliser prices and machinery depreciation costs.

Incomes on general cropping units are forecast to fall by more than one-third (36%) to slightly over £55,000. Like the specialist cereal growers, mixed-crop farms have been hit by outputs which dropped by 7% in the challenging weather.

Although prices for beans, peas, oilseed rape and sugar beet rose, yields were down. A decline in the OSR area planted added to the drop in output.

Potato growers, in contrast, saw lower prices but maintained yields. However, the potato sector was hit hard by the collapse in food service sales during the initial Covid-19 lockdown.

The uplift is due to higher average prices in both the sheep and cattle sector.

Price rises have been driven by tight supplies and strong retail sales that offset the fall in catering and hospitality demand during the coronavirus pandemic.

Forecasts suggest output should be up by about 18% on the previous year. However, input costs, mainly through higher feed costs, are expected to increase by 2%.

Incomes on livestock farms in less-favoured areas (LFAs) should see a second successive year of income improvements. Defra predictions suggest average incomes will be up by 42% to £32,000 for 2020-21. The key driver has been in fat lamb prices, which rose from July onwards.

The uptick in prices was bolstered by demand for breeding sheep, which further increased output for upland units. Cost increases on LFA farms are in line with their lowland counterparts, particularly in supplemental feed. Agri-environment payments in the LFA regions are expected to increase by 6%.

While cattle and sheep have seen prospects improve, average dairy farm incomes are forecast to drop by 10% on the year to £76,000. The major factor was the drop in demand through the food service sector during the early lockdown period.

The decline hit during the spring flush and saw processors servicing the catering sector slash prices, forcing some farmers to dispose of surplus milk.

However, overall, the market has recovered and output from milk is expected to be up slightly by 1%. Input costs, mainly feed and machinery, are forecast to increase by 1%.

Prices fell sharply from record highs in the second half of 2020 due to a combination of factors, including Covid-19 hitting processing plants and an increased supply on EU markets.

Along with the fall in prices, output on pig farms is expected to have fallen by about 1%. This fall in performance was further compounded by a 5% increase in feed costs.