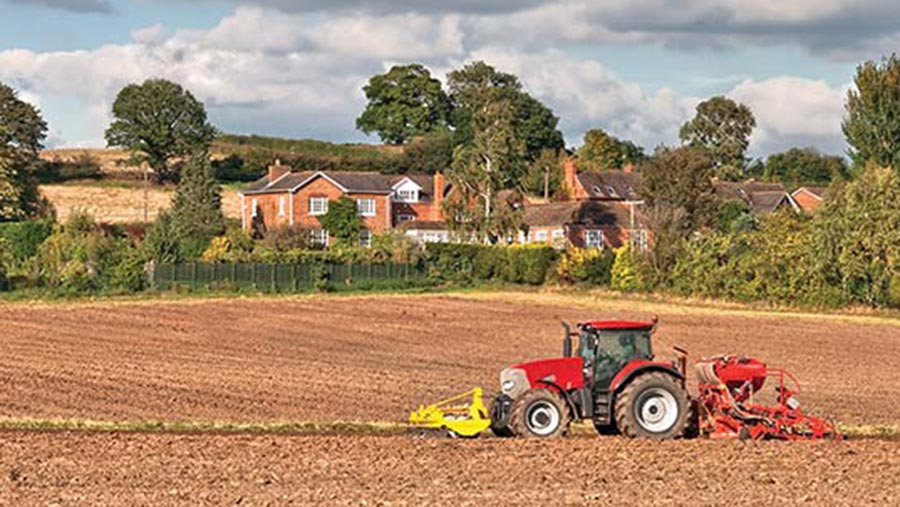 Profits in UK farming soared by 14.4% in 2021, the third highest increase since 2000, but the figures come with a warning that input inflation is putting pressure on farm incomes in 2022.

The latest Total Income from Farming (Tiff) figures released by Defra show an increase of £756m from 2020, taking the overall figure to a provisional £5.99bn.

Richard King, a partner and head of business research at Andersons, said that uplift is not a surprise.

“The 2021 harvest was generally good in terms of yields and beef, lamb and dairy prices were good.

“The input cost increases came in at the back end of the year, but the Tiff figures are for a calendar year so, for a good proportion of it, farmers were not faced with the costs they are now experiencing.’’

Although costs increased in 2021, these were outweighed by increases in both total livestock and total crop outputs, said Defra, so in real terms it resulted in the third highest Tiff since 2000.

All major livestock outputs saw increases in value as a result of higher prices, with the exception of pigmeat which decreased in value by £38m.

The largest value increases were seen in milk, which increased by £344m, and in beef, by £310m.

This was not the case for fruit and potatoes though – at £123m, fruit saw the largest decrease in value, followed by potatoes with a decrease of £119m.

Mr King said that set against cost inflation, the 2022 Tiff figures are likely to present a less rosy picture.

“I think we will see the Tiff dip below £5bn given the level of costs we are seeing, back to the levels we saw in 2019, if not a bit below that.’’