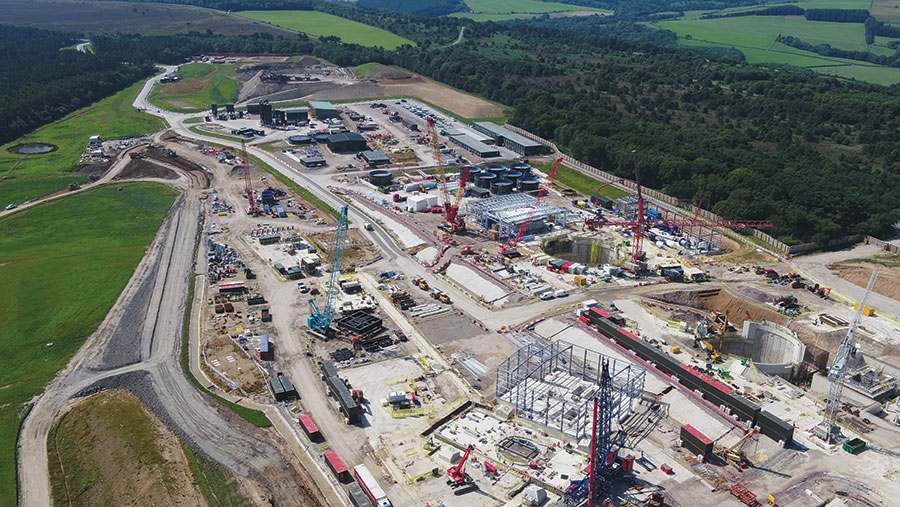 Farmers and landowners in Yorkshire and the North East are thought to have lost significant sums as the result of a dramatic slump in the share price of Sirius Minerals, which is building a huge potash mine under the North York Moors National Park.

The shares lost more than half their value on Tuesday (17 September), when the company announced it was not going ahead with a $500m (£400m) bond issue, despite this offering a 13% return.

As Farmers Weekly went to press on Wednesday (18 September), the shares, worth just over 11p at the end of the previous week, had slumped to just over 4p. This compares with 30p a year ago.

See also: Yorkshire potash mine could fill all UK needs

Despite a long planning battle for this significant national infrastructure project in a National Park, the project received a high level of support from individual investors.

These number about 85,000 in total, many encouraged not only by the potential earnings, but also the wider potential economic implications of such a development in the region.

The company announced in 2011 that it had found some of the world’s largest high-quality potash reserves after test drilling between Scarborough and Whitby in the North York Moors National Park.

It said then that its planned mine would be capable of producing upwards of 2m tonnes of sulphate of potash a year from polyhalite, supplying 100% of the UK’s requirements, as well as exporting significant volumes to Asia.

Planning permission for the mine was granted in 2015, including for a 33km tunnel to Teesside to transport the product to the port.

It was originally envisaged that the mine could be in production in 2015, creating 1,000 direct jobs, and potentially a further 4,000 jobs in the wider supply chain.

The company’s 2018 annual report published in June this year said it expected to produce its first polyhalite in 2021.

About 25,000 of the investors are in Yorkshire and the North East, with 10,000 living in the immediate area of the mine, many of whom are farmers and landowners.

The company needed to raise cash through the planned bond issue in order to unlock a further £2.5bn loan facility.

Sirius Minerals is also having to repay investors $400m (£320m) worth of bonds issued in May this year, as the conditions for these will not be fulfilled.

The company asked for government help in the form of a $1bn (£800m) guarantee for its bonds, but this was refused.

In the meantime, the company has also said that because it does not have access to sufficient liquidity to continue to develop the project as planned, it is slowing the pace of development while a six-month strategic review is undertaken.

Apart from the losses through the drop in share value, the future of the project raises questions for more than 450 landowners who have given mineral rights to the company.

Sirius Minerals said these landowners are expecting to receive royalties worth £1.4bn from the polyhalite extracted for the mine. This would be paid when production starts and external sales commence, said a spokesman.

CLA senior legal adviser Roger Tetlow said: “If Sirius finds itself in a position of a market failure, shareholders – local to the area and beyond – will lose their money.

“At this stage, it is too early to speculate what would happen in the medium term, but in the case of market failure, the mineral rights would be disposed of by the company’s liquidator, depending on whether the company owns the mineral rights outright, as they could then be sold on, or possibly offered to the surface landowner for repurchase, whichever is likely to realise the best value.

“However, if the company only has a long leasehold interest, then it will depend on specifications within the lease. If this is the case, landlords should check with their solicitors what the situation is in their specific lease.”

Are you affected by the developments at Sirius Minerals, or are farmers you advise affected?