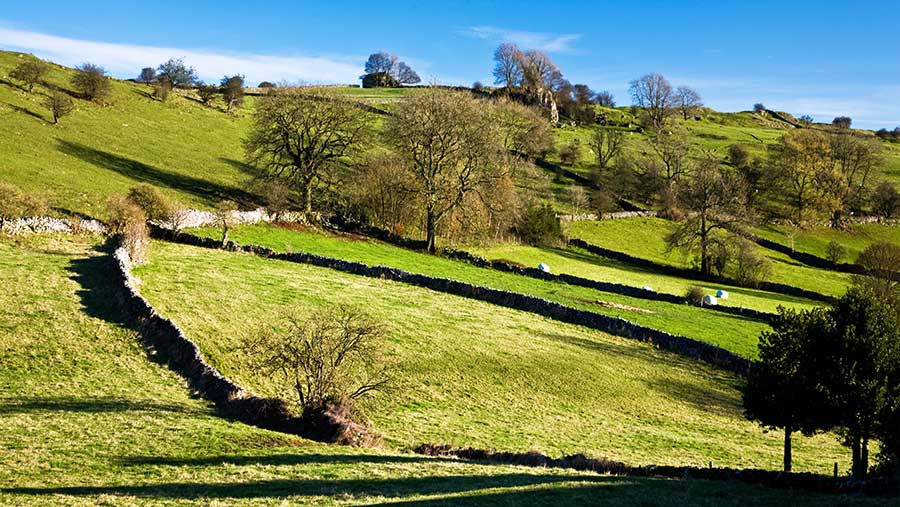 Farmers are feeling slightly more upbeat about their short-term prospects, with livestock prices having recovered from recent lows, and crop prices stronger than year-ago levels.

There also appears to have been an improvement in how farmers think Brexit will affect their businesses, and in terms of “sentiment”, farmers indicate they are feeling happier about working in the farming industry than at the start of the year.

Those are among the key findings of the latest Farmers Weekly Sentiment Tracker, which each month asks readers five simple, but topical, questions to help us gauge the mood in the industry.

These were then scored from one to five and averaged out to give an overall index.

Results for April show a continued upturn in how farmers regard their prospects, though this is stronger for the six-month period (+3.18) than the two-year outlook (+2.93). At the end of last year, the six-month index stood at just 2.82.

The most likely explanation for this is how farmers see input and output prices changing over the next year. Even though more still see inputs rising faster than outputs, the gap appears to be narrowing.

The slight improvement in commodity price expectations reflects recent market developments. Although finished lamb, beef and pig prices continue to lag behind year-ago levels, all three have seen some improvements in recent weeks, according to AHDB data.

Cereal, oilseed rape and potato prices are all well ahead on the year, and have also seen some recent increases.

Diversification and improvements in farm buildings and infrastructure top the list of farmer investment intentions, according to the April Farmers Weekly Sentiment Tracker.

Each month we ask a different question to explore further what readers are thinking about or planning. The latest survey asked “If you had a particularly good year and had money to invest in the future of your farm business, where and how would you invest this money?”

Not surprisingly, there were many different ideas, ranging from “providing courses for townies” and “investing in racehorses”, to “pasture improvement” and “organic conversion”.

But, as the word cloud below indicates, most of the answers were in the area of improving farm buildings, upgrading machinery, paying off debts and diversifying.

With all the uncertainty surrounding Brexit and future farm policy, it seems farmers are keen to improve their efficiency, in order to compete in what is likely to be a more competitive marketplace.

But there is also a drive to spread the income base, with farmers keen to set up other non-farming businesses, so they are less vulnerable to any future cuts in prices or levels of taxpayer support.

This mirrors a recent survey of its consultants by Savills, which showed that building conversions and other diversification were viewed as the most likely areas farmers would invest in during the post-Brexit transition period (from 2012 to 2027).

Savills says farmers are more focused on “short-term income mitigation, rather than long-term productivity improvements”, after noticing that farm machinery purchases actually ranked quite low among its farming clients.

But it’s not just about prices, and the FW Sentiment Tracker also shows an improvement in readers’ attitudes towards Brexit.

Overall, producers remain more negative than positive, with almost half thinking it will be bad for their businesses, compared with just 21% who think it will be positive.

This probably reflects the way EU withdrawal discussions in Westminster and Brussels have evolved over the first few months of the year.

The greatest fear of the farming industry is that the UK will leave the European Union without a trade deal. If this were to happen, the country would default to World Trade Organization trading terms and would have to pay full tariffs on food exports to the EU, driving down prices for lamb and beef, in particular.

It is also feared that the UK government would lower tariffs for commodities coming into the UK, in order to lower food costs for consumers, again putting downward pressure on farmgate prices.

But, even though MPs have been unable to agree the terms of any withdrawal agreement from the EU, they have at least voted to reject the notion of leaving with “no deal”, suggesting a “cliff edge” Brexit is now extremely unlikely.

The slightly more bullish sentiment among farmers is also reflected in the answers to the question “How do you feel right now about working in the farming industry?”

The options given include “rewarded”, “uncertain”, “hopeful”, “stressed”, “happy” and “appreciated”.

Not surprisingly, “stressed” still ranks the highest on our index at 3.41, but there were signs that farmers were feeling more “appreciated” and “happy” in April than in previous surveys.

One farmer looking to diversify his income base is Roddy Hamilton, who is poised to take delivery of five new “geodesic domes” to provide holiday accommodation in his corner of North Yorkshire.

The former businessman acquired Thrussendale Farm at Acklam, Malton, in 2011, and built up a high-health status pedigree herd of Aberdeen Angus cattle, producing above-average EBV bulls for the commercial beef and dairy sectors. 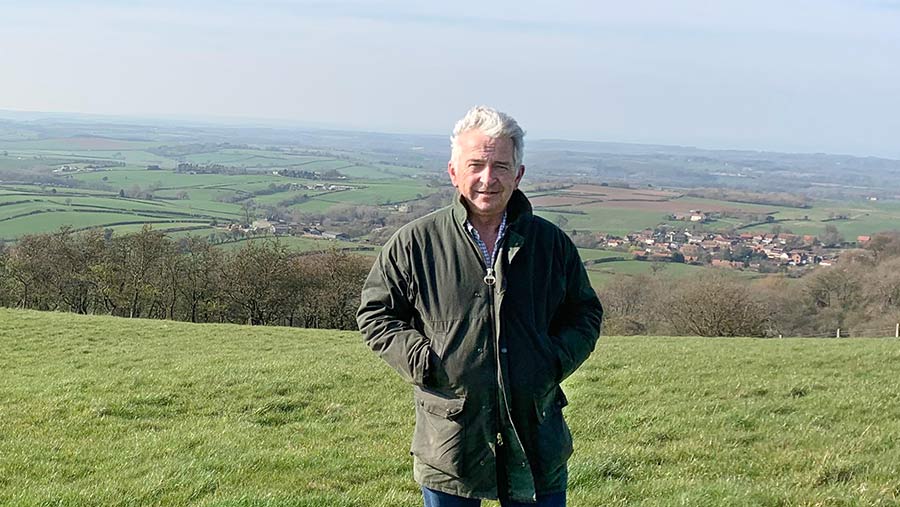 But now he is branching out, offering high-end accommodation in the new domes – each providing 40sq m of living space for two adults and two children, complete with mini bar, coffee machine, woodburning stove and wi-fi. A separate dome will act as a “social hub” and provide food and drinks for passing walkers and cyclists.

“Many farmers are diversifying to secure their future and to keep farms running,” says Mr Hamilton.

“But they really need to think beyond a potential cash injection into their business. We need to use diversification as an opportunity to educate the population of the UK – and those who visit our country – on what farmers do, why we do it and why it is important, so they support British farming long term and we create a sustainable future.” 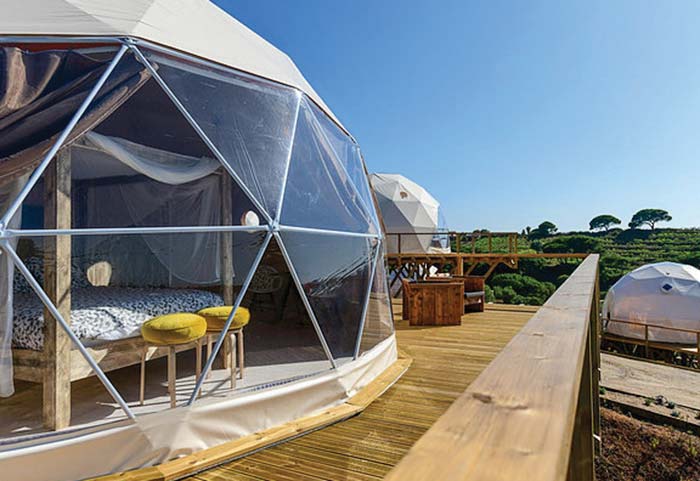 One of the geodesic domes

The £350,000 investment, branded as The Private Hill, will open for business next month, with each dome named after one of Mr Hamilton’s pedigree Aberdeen Angus cattle.

Mr Hamilton says he is happy to share experience with other farmers.