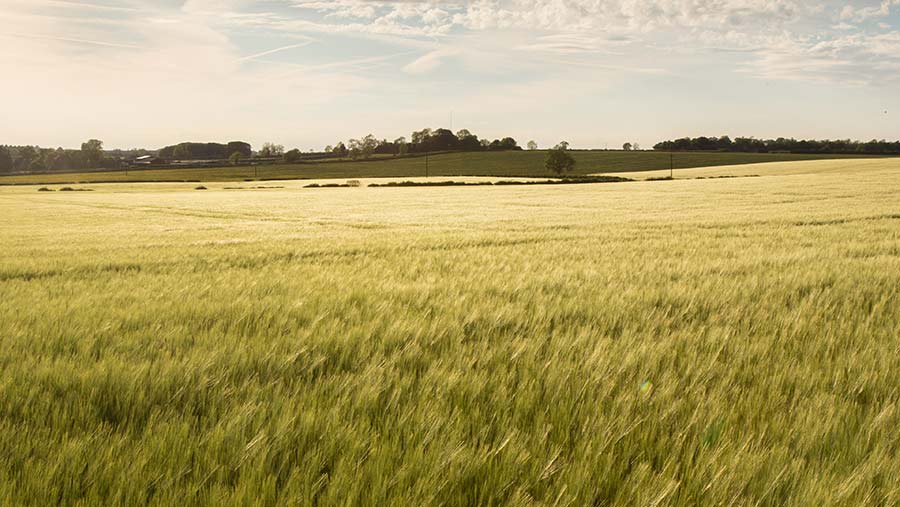 Rising labour costs and falling production are likely to trigger a fall in farm business income for just about all farm types post Brexit, whether the UK leaves with a deal or without one, latest analysis by AHDB has concluded.

Political developments over the past week seem to be making a “no-deal” outcome less likely, although it can’t be discounted altogether.

But even with a free-trade agreement (FTA), AHDB believes changes to domestic farm policy, a tightening of the labour supply and friction at the border will combine to squeeze incomes on many farms.

Strategic insight manager Sarah Baker said: “For most sectors, the main driver is the expected increase in labour costs. We’ve made a number of assumptions, including that non-UK seasonal labour will be available under an expanded SAWS-type scheme.”

But for permanent labour, AHDB is assuming that current availability will be cut in half. “That’s because we are in an economy approaching full employment, agricultural vacancies are hard to fill and it’s not the sort of work UK citizens would choose,” Ms Baker said.

Farmers would also be competing directly with sectors such as construction, where wages are 50% higher.

Many farmers would also suffer from falling output values post-Brexit, although generally, most would fare better under an FTA scenario than in a “no deal” scenario.

The trade impact would, however, vary according to whether the UK is a net importer or net exporter of the commodity in question.

“If we are importing, generally, we can expect prices to rise slightly, due to trade frictions,” Ms Baker said. “However, beef and pigs are net importing sectors, but they may also experience a price fall as the UK opens up to cheaper world market products.”

She added that there was significant variation according to farm size, but in all scenarios the top performing 25% remained profitable.

According to AHDB chief strategy officierTom Hind, change is coming under any scenario and farmers should act now to get themselves closer to that top quartile. “Making sure your business is future-proofed is absolutely vital,” he said.

The AHDB analysis has considered two possible Brexit scenarios and applied them to a variety of farm types to see the effect on average farm incomes by 2022.

For LFA beef and sheep farmers, incomes are expected to be relatively unaffected in the case of a “full and comprehensive” free-trade deal with the EU, at about £25,000 a business.

Despite a slight reduction in output values and direct payments, these farms should benefit the most from “delivery of public goods” payments.

But in a “no-deal” scenario, incomes fall sharply, to just under £10,000, because of the fall in livestock values arising from the change in tariff structure.

Similar arguments apply to lowland beef and sheep producers, although income falls are steeper as these farms have less scope to benefit from public goods payments.

For the dairy sector, AHDB predicts an increase in farm output as the price of milk and dairy products is boosted in both scenarios, with imports becoming more expensive due to trade friction from being outside the single market.

But this gain is heavily outweighed by a substantial increase in labour costs – up by more than £20,000 on average, driving down margins.

Similarly, in the pig sector, production revenue is expected to rise in a “free-trade” scenario, as import prices rise. But in a “no-deal” scenario, prices will fall as cheaper pork from outside the EU “floods in”.

On top of this, there will be a significant increase in labour costs, putting many producers in a loss-making situation.

Cereal growers are better placed, as grain prices are already close to world prices, while cuts in direct payments are offset by public goods payments. The rise in labour, fertiliser and contractor charges leads to a £10,000-£15,000 income drop in the AHDB model.