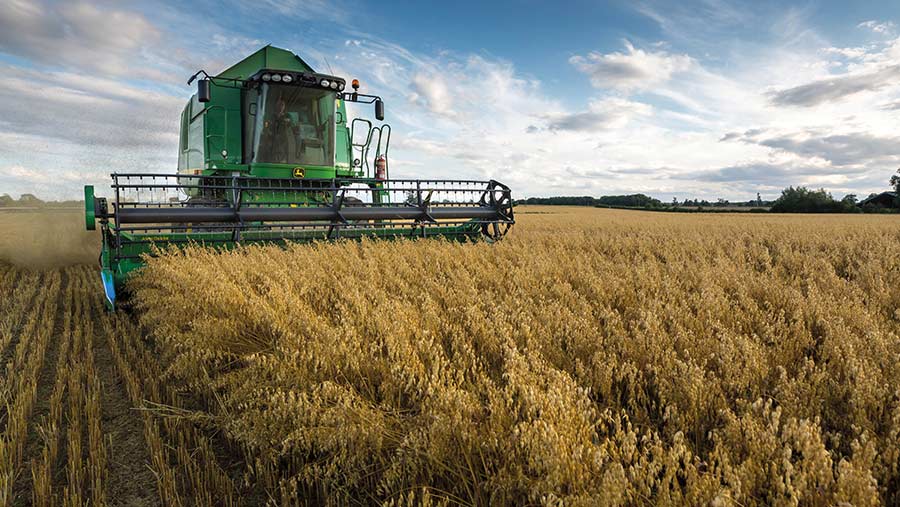 UK farming profits fell by almost 16% in 2020, to a total of £4,119m, according to a Defra update on its initial forecast made in December.

When adjusted for inflation, the £4,119m total income from farming (Tiff) figure is a 21% drop and the lowest real-terms farming profit since 2007.

While the new figures show a lower drop before the effect of inflation, compared with the department’s December forecast, there is greater detail, including the stark implications of the Covid-19 pandemic on diversified businesses.

Almost all of the fall in farming profits is represented by the reduction in the value of outputs, as costs overall were similar to the previous year.

The main driver of the fall was the effect of adverse weather on cropping output in particular, which dropped by £999m (10% down).

The income from diversified activities took a 20% hit, which represents a £310m loss to the sector.

These combined to more than offset a £490m rise in income from livestock outputs.

While costs overall were similar to the 2019 level, there were significant falls in energy and fertiliser costs in 2020, while the amounts paid in rent and interest are estimated to have fallen by 2% and 5%, respectively.