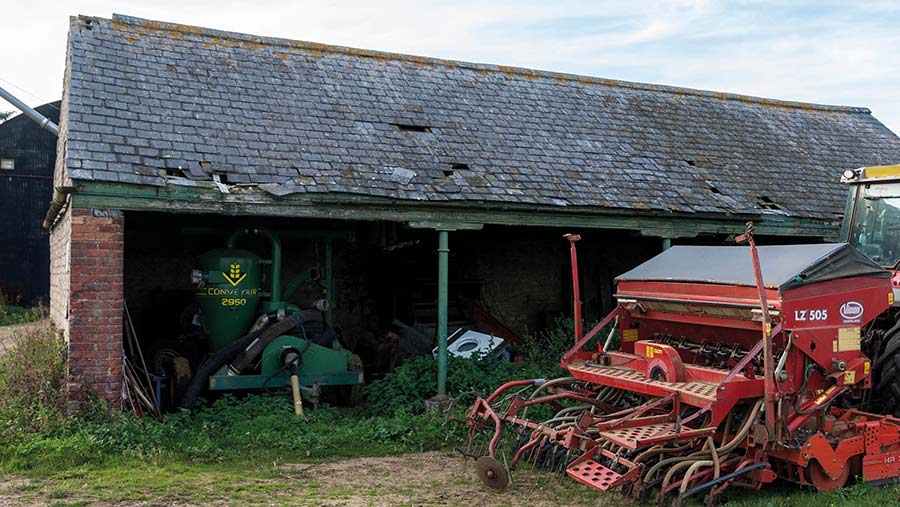 Faced with the greatest farm policy shake-up in 50 years, farmers have been frustrated in recent times by the lack of detail about what is to replace the CAP – information they desperately need to plan for the future.

As such, the launch of Defra’s plan for a “lump-sum exit scheme” for English farmers last week was greeted with enthusiasm, as another piece of the post-Brexit jigsaw was put into the public domain.

Of course, the document released is only a consultation and therefore subject to change. But you don’t have to be a seasoned policy wonk to know that what is set out in a Defra consultation is usually pretty close to what is finally agreed.

The consultation runs to 11 August, with rules on how the scheme will work expected to be published in October 2021. Applications will be considered in the first half of 2022.

It will only be available to people who started claiming Basic Payment Scheme (BPS) money in 2015 or earlier – with an exemption for those who have either inherited a farm or succeeded to an Agricultural Holdings Act (AHA) tenancy more recently.

However, this will be subject to a £100,000 cap, restricting payments for farmers who received about £42,500/year or more in BPS in the reference period, or equivalent to about 182ha.

Farmers who sign up will be required to quit farming and surrender their BPS entitlements, and land must be sold, gifted or leased out on a minimum five-year farm business tenancy (FBT), or passed to an AHA successor.

Successful applicants will, however, be allowed to stay in a farmhouse and keep up to 5% or 5ha of their agricultural land, but no stewardship agreements may be entered into by the recipient for the remainder of the transition period.

All partners and directors of the business will also be unable to make BPS or Countryside Stewardship claims through another business, “because the lump sum is aimed at those who are leaving farming”, according to the Defra consultation.

Anyone taking up the exit option could, however, still work as a contractor or for another farming business. And the land given up under the scheme may still be used by the new occupier to claim BPS using their own entitlements.

One of the big unknowns at this stage is how any lump-sum payment will be taxed, which will make an enormous difference to the value and viability of the scheme. Defra says it is still “in discussions” with HMRC on this.

But, according to Sean McCann, financial planner at NFU Mutual, there are other tax implications farmers should consider before using the scheme to exit the industry.

“Should the scheme require applicants to sell land or property, this could trigger a capital gains tax charge,” he says. “In addition, it could lead to higher inheritance tax bills, as it would mean swapping land that often benefits from agricultural property relief [APR] for cash that does not. And if the scheme requires the farmer only to cease trading rather than sell, it could result in higher inheritance tax bills on any land and buildings that have development potential.”

Mr McCann also advises that landowners who rent all their land out on a FBT won’t qualify for APR on their farmhouse.

Richard King of farm business consultant Andersons says the response so far from farmers has been “lukewarm”, but he does anticipate some uptake.

“For the large commercial farmer, it is unlikely to be of much interest,” he says. “But for some smaller operators looking to wind down, perhaps with no successors and with relatively low levels of profitability, it might make sense.”

TFA chief executive George Dunn says the scheme is unlikely to provide enough funds on its own to enable someone to retire, but as part of a “portfolio” – perhaps made up of landlord’s compensation, the sale of live- and deadstock and another pension pot – it could be the “extra that makes the difference”.

Mr Dunn is also keen to see changes to the scheme to allow younger farmers who may have recently joined a farming partnership to be allowed to carry on in the industry.

“If you’re under 40, for example, and have joined a partnership within, say, the past five years – just because the older partner wants to take the lump sum and retire, the younger partner should not be made to stop farming altogether.

“That would be counter to the government’s objective, especially when they have been doing the right thing in terms of succession planning.”

How much will retirees be paid?

The Defra consultation suggests the amount of money being paid up front in 2022, based on a multiplier of 2.35, is “approximately equivalent to the amount the farmer could have received in direct payments for 2022-27”.

But calculations by consultant Strutt & Parker show the amount received as a lump sum would be less, as a discount is applied to take into account the value of money now rather than money taken later.

“It has always been anticipated that the sums of money would probably not be large enough on their own for wholesale change, but they may still bring forward some decisions and start some new conversations between landlords and tenants, and farmers looking for an opportunity to exit.”

According to Defra secretary George Eustice, the ethos behind the lump-sum exit scheme is to encourage restructuring and pave the way for fresh blood into the farming industry.

“We need to address the twin challenges of helping new entrants fulfil their dream and gain access to land, while also helping an older generation retire with dignity,” he says.

“By renting out their farm or surrendering their tenancy, those exiting the industry will create important opportunities for the next generation of farmers.”

But significant doubts remain about how this might be achieved in practice.

Harry Whiteman, 25, who farms a mixed livestock and arable unit with his father in Herefordshire, believes landowners taking part in the scheme will put their land up for sale or lease on the open market, where it will be snapped up by established farmers at high prices.

“New entrants and younger farmers just won’t be able to compete,” he says. “If I was running a business and wanted to let out land, I’d take the highest bidder.”

The Landworkers’ Alliance, representing smaller, ecological farmers, is therefore calling for “robust mechanisms” to ensure that any land made available under the lump-sum scheme is prioritised for new entrants, directly linking it to the planned new entrant support scheme.

But Richard King of consultant Andersons says this is wishful thinking.

“The information we have seen so far suggests the new entrant scheme will be based on things such as giving advice, encouraging mentoring and developing land matching services, rather than providing hard cash or entitlement support,” he says.

The idea that land released under the lump-sum exit scheme might somehow be ring-fenced for new entrants is not on the agenda, he suggests.

Tenant Farmers Association (TFA) chief executive George Dunn says his members are also against the idea of forcing landowners to rent to new entrants, as this could act as a disincentive for them taking part in the first place.

Instead, the TFA wants Defra to require 10-year minimum farm business tenancies for retired farmers letting out their land, rather than the five years currently on the table.

Defra says it is working on a new entrants’ scheme with stakeholders, including county council farm estates and other landowners, “to ensure that we nurture the right conditions for new enterprises to flourish”.

More details will be released later this year.