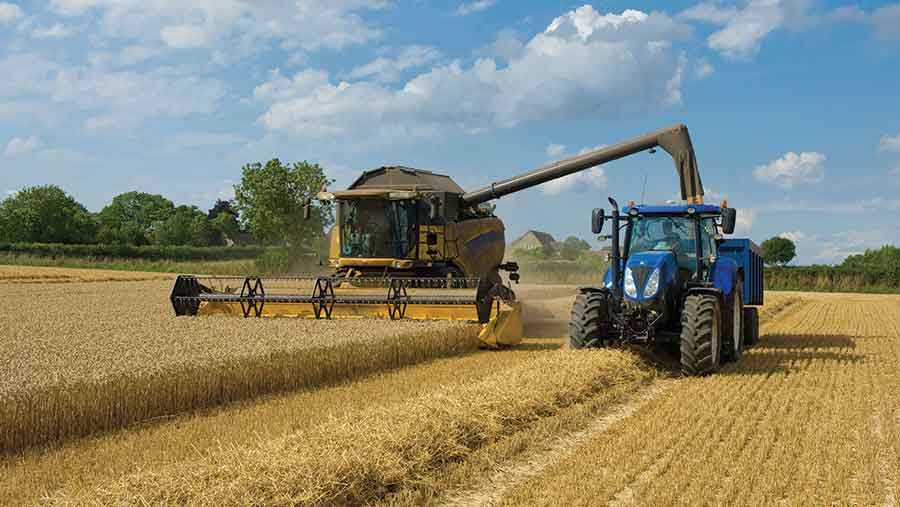 Contractors tendering for Contract Farming Agreements (CFAs) are looking for higher charges and to shift more risk to the farmer, latest findings presented by Strutt & Parker at Cereals reveal.

Although competition is still strong, there are fewer contractors bidding when land becomes available on a CFA.

Operators are also becoming more selective about what they want to take on, said Richard Means, a partner in the firm’s farming department.

“The number of interested contractors is certainly nowhere near what it was when the wheat price was £160/t and contractors were really falling over themselves to take on extra land,” he said.

“People are taking a more rational decision about how they are able to integrate the land within their own business and what it will cost them to farm it.”

The strongest interest in CFAs from contractors is for land and farms which have good storage, drainage and other facilities and where the farmer is willing to maintain the infrastructure.

Those tendering are likely to want to know more about the land, its history and potential, so issues like blackgrass or poor drainage will have a bigger effect on tenders than they would have done a few years ago.

“Contractors are looking at ways to improve and protect their position,” said Mr Means.

“Five years ago the average contractor’s charge was around £230- £240/ha, but now we are seeing contractors bidding at levels around £275-£300/ha for typical contractor services on combinable crop farms in the East of England and the Midlands,” he told farmers at Cereals.

“We’re also seeing a shift in the first tier of divisible surplus to be more in the contractor’s favour. In 2016, the average first split to the contractor was 59%, but the trend on review is for that percentage to move upwards.”

Based on 51 agreements covering 13,300ha of combinable crops and roots in England