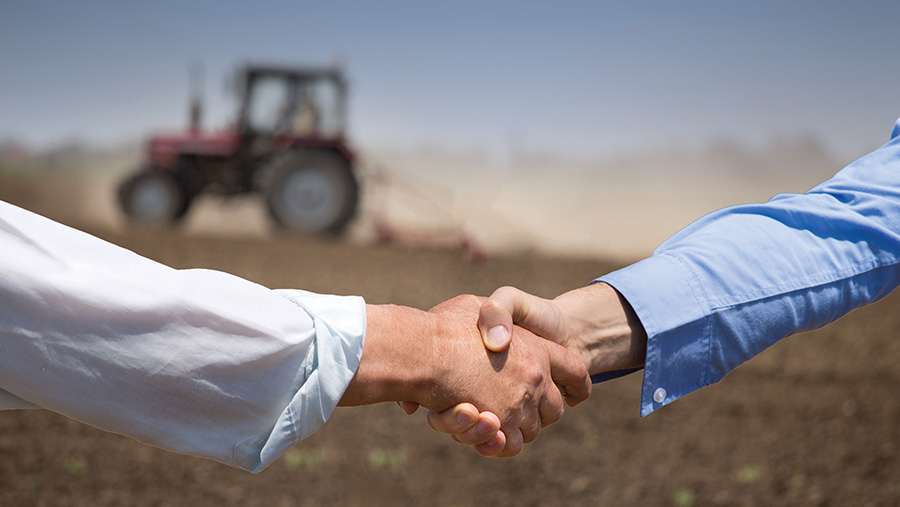 Share farming is a business model which deserves to be given serious consideration by anyone thinking about a joint venture, argues Gary Markham, director at rural tax advisers and accountants Land Family Business.

He believes that the potential of share farming has so far been overlooked by many in the UK agricultural industry and that needs to change.

“Traditionally, share farming has been perceived as the model for a young entrant to enter the industry, and while this is true, we must now break that thinking and embrace the concept into wider use.

See also: Land and property: Why inheritance promises can end in court

“I firmly believe that many people do not understand the opportunities presented by share farming and tend to dismiss them in favour of a traditional Contract Farming Agreement (CFA),” he says.

He argues that CFAs are “too crude” for the modern agricultural world, with the tender process encouraging contractors to pay more than they should to secure additional land, so many make little or no margin.

There is also little scope to tweak agreements in volatile times.

“A CFA is not based on sharing costs and one person can easily make money from it while the other loses money. Share farming is more sophisticated financially.”

What is share farming?
An arrangement between two or more farmers who share their inputs and the gross output from farming the same agricultural unit.

Each party is engaged in the trade of farming and operates a separate farming business. They will have their own bank accounts and do their own tax and VAT returns.

There is no partnership and no employment contract. Instead, the parties have a commercial contract which sets out who is responsible for which inputs and how the proceeds of the joint venture are divided.

It should also cover direct payment and environmental schemes and where responsibilities between the parties lie.

Julie Robinson, head of agriculture at Roythornes solicitors, advises that the schedule of operational responsibilities is detailed as a lack of clear division of responsibilities can cause tensions.

Examples of operations that might otherwise be overlooked include: vet’s fees, vermin control, maintenance of particular pieces of equipment, waste and deadstock disposal.

The agreement also needs to be clear about how long it lasts and how parties can end it.

How are the finances typically handled?
According to Mr Markham, the simplest way is for inputs such as fertilisers and chemicals to be purchased by one member and invoiced back to the others – avoiding the need to ask suppliers to raise two invoices.

Seeds are more complex because there are royalty implications for a farmer selling seed, so one member of the agreement needs to purchase seeds as an agent, with other members reimbursing them for the agreed percentage of the purchase.

To manage crop or milk sales, the easiest way is to have an admin bank account to receive sales and then this money is transferred back to members in the agreed percentages.

What about other costs?
If one party is bringing the land and buildings to the venture they would typically be responsible for insuring them and maintaining them.

The other party might be responsible for insuring and maintaining the machinery they bring and for operational activities, such as cultivating, milking or feeding.

Other considerations?
As part of the planning process, stress-test any arrangement, advises Ms Robinson.

Questions to ask might include: What happens if a party dies or is ill? What if a sales outlet is closed down or a supply contract terminated? What happens if the farm is locked up under disease-control legislation?

Share farming has been a popular route into the dairy industry in New Zealand for decades, with share milking arrangements in place across more than 25% of herds, allowing young people to get a foothold in the industry and build up their capital over time.

Although the concept has gained some ground in the UK in recent years, Mr Markham believes share farming is a model that can be applied to far more scenarios than many people think.

For example, it can be used where two or more farmers are combining their arable enterprises (see table), as well as where a contractor is providing services to a farmer.

He has also developed structures over the years where a joint venture (JV) machinery syndicate provides labour and machinery to a group of farmers and then the cropping is share farmed.

“The concept can be applied to any two or more individuals who bring value to a JV,” he says.

Julie Robinson says that there is a misconception that share farming is similar to a CFA, but with a different label.

“But it is fundamentally different. Two farming business are co-operating in farming a single unit; it is not a case of the share farmer taking instructions from a landowner.

“With contract farming there is a single business farming the land; the contractor provides services to that business and their income from the venture is not trading income from farming, but from the delivery of services.

“With share farming, each party is engaged in the trade of farming and operates a separate farming business.”

One of the biggest benefits of share farming is that it is a very flexible model, which allows different levels of involvement and investment, depending on what each party wants.

So while share farming is most commonly thought to lend itself to livestock enterprises, it can equally be used in an arable and horticultural setting.

“Responsibility for inputs and operations, and entitlement to outputs, can then be agreed between the parties.” 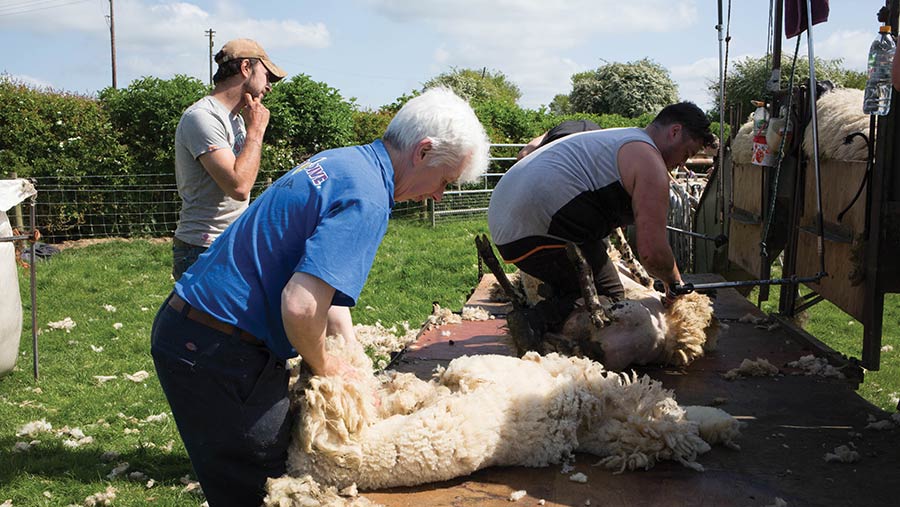 Tax and legal advice should always be taken before deciding what farming model is most suitable in any particular circumstances, she stresses.

But Ms Robinson says choosing whether share farming is the right basis for a joint venture depends less on the type of farming involved and more on the objectives of the parties involved.

If the landowner wants to step back and take a reasonably secure return on capital investment, while engaging someone else to carry out the work under their direction, then a CFA may be the right option.

If the landowner expects the working farmer to carry all the risk and take responsibility for decision-making, then a tenancy – rather than a joint venture – is more appropriate.

Share farming works where all parties have an active farming input and are willing to take on the risk of the joint venture.

“In the end, as with most co-operative arrangements, it is the fit of the parties that will determine whether the share farming venture works,” she concludes.

What are the tax implications?

This is probably because costs and sales are shared, whereas in a CFA there is a large element of the return to the farmer as a fixed fee for the land. However, as with all joint ventures it is important to carry out the agreement in practice and not to relax the structure over time with one party taking a back seat.

Cons
A share farming agreement where a landowner has previously seen 100% of income come into their bank account will see their turnover fall significantly if they are not providing machinery or labour.

This may have implications for landowners with diversified assets who want to ensure they are predominantly a trading business, rather than an investment business, so they remain eligible for Business Property Relief (BPR) under Balfour principles.

Land Family Business has developed ways to structure agreements to avoid this potential problem, but it highlights the importance of taking tax advice on any joint venture arrangement.

Care also needs to be taken where a landowner is disposing of surplus machinery as this can lead to taxable balancing charges being applied.