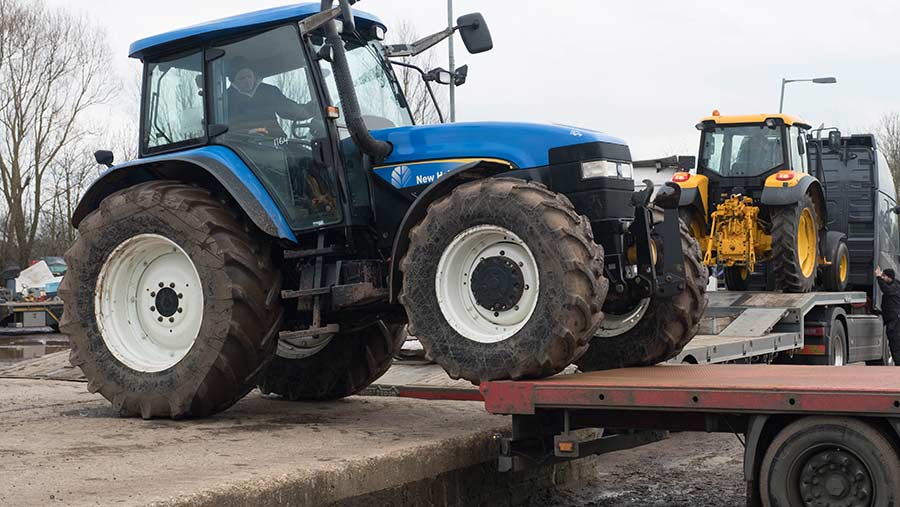 Financially, 2019-20 may be a good time to buy second-hand machinery before the phase out of the Basic Payment Scheme begins and with a newly introduced hike in capital allowance.

However, there are tax pitfalls to avoid and a structured machinery replacement programme should be the starting point for decisions, according to accountant and business consultancy Duncan & Toplis.

For accounting purposes second-hand machinery is viewed in the same way as new kit, says the firm’s head of agriculture Mark Chatterton.

This means tax relief is available in the form of capital allowances.

For example the Annual Investment Allowance (AIA) can be used to offset machinery and plant purchases against tax liabilities.

See also: CPC and tachograph rules – all you need to know

The AIA was first introduced in 2008 and is a 100% allowance that businesses can claim up to a specified annual amount each year.

For the past three years the upper limit has been set at £200,000. However, on 1 January this year a two-year, temporary hike was introduced which took the annual limit to £1m.

Raising the relief on qualifying expenditure to £1m is designed to provide an incentive for businesses to increase or bring forward their capital expenditure on plant and machinery.

Any additional qualifying expenditure will attract relief under the normal writing-down allowances at the annual rate of 18%.

In addition to the tax incentive, continuing BPS payments provide some stability for businesses up until the gradual phasing out of EU support from 2021, says Mr Chatterton.

However, he warned that while this period would undoubtedly tempt farms to bring forward large investments, it was not a good enough reason alone to start making unplanned purchases.

“We would advocate maintaining a strategic, rolling machinery replacement programme spread over seven years rather than putting pressure on the business in any one year,” he advises.

A forward budget should be carried out to assess whether the business profitability could stand the additional outlay of buying machinery. Farmers should also consider cheaper ways of acquiring second-hand kit rather than outright ownership, suggests Mr Chatterton.

Second-hand machinery is entered on the balance sheet and depreciated over its life.

But if the business does not look to own its machinery, depreciation costs can be avoided by contract hire or personal contract purchase agreements, which are very common for motor vehicles nowadays, he says.

Selling surplus machinery frees up money to re-invest but, where capital allowances have been claimed as tax relief, HMRC will deem the sale price of second-hand machinery as income.

In this case the disposal price will usually attract income tax or corporation tax.

If the business owns the machinery it is, therefore, better to trade it in for replacement kit rather than sell it on. This is because a trade-in does not show as a residual value and therefore does not incur tax, says Mr Chatterton.

Where businesses do opt to purchase machinery he suggests financing deals with their overdraft facility as a cheaper form of loan.

Although overdrafts are subject to an annual renewal fee and can be called in at short notice, most larger, business accounts are relationship-managed.

Sensible discussions with the account manager, supported by evidence of purchase planning, a sound replacement strategy and forward budgets, means that in practice using the overdraft facility is a flexible and relatively cheap way to finance purchases of second-hand kit, he says.