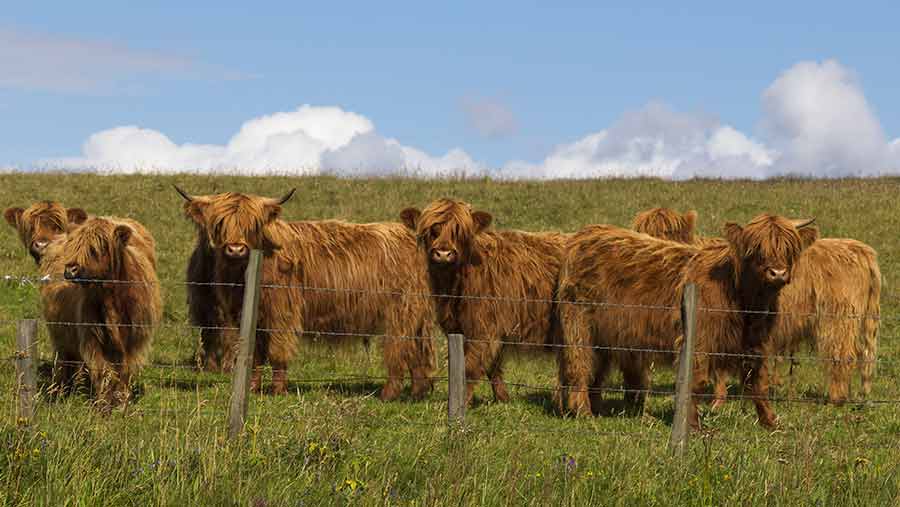 In real terms, this is an 8% increase – or £155m – according to a survey by the Scottish government.

It is the seventh consecutive year that outstanding debt has risen above inflation and it is now higher than the peaks seen in the 1980s.

However, figures do not account for £1.4bn of liabilities from hire purchase, leasing, family members or extended credit afforded by suppliers to many farmers.

The average Scottish farm had external liabilities of £131,000, according to the survey, of which loans and overdrafts account for 60% (£78m).

Agriculture, hunting and forestry saw the largest growth of debt of any sector in Scotland, with total outstanding debt up more than 50% between 2010 and 2015 to £17.7bn.

Utilities were the only other sector with debt growth anything like that of agriculture.

Figures likely to be even higher

“NFU Scotland believes many farms and crofts have been helped out this year through extended credit from their suppliers and this won’t be shown up in today’s debt figures.

“The significant increase in farm debt is a reflection of the severe difficulties many farms and crofts are facing.

“This is not about Scottish agriculture investing for the future, but more about farms and crofts having to take on greater levels of borrowing in order to keep their businesses ticking over.

The government survey was from statistics on outstanding debt from all of the banks and mortgage companies that lend to Scottish agriculture.