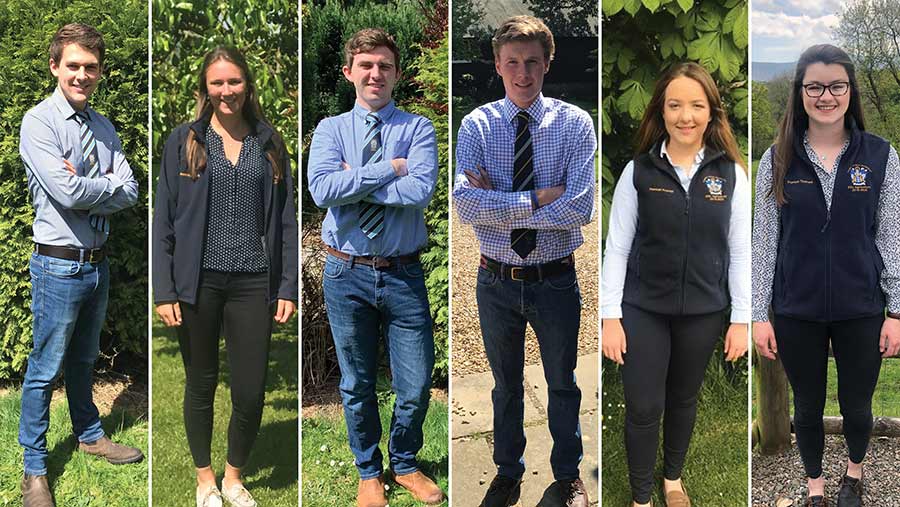 Harper Adams students took the trophy in this year’s Farmplanner competition, with a plan to secure the long-term term viability of Exton Park in Rutland.

The plan included a trial of soya as an alternative break crop to reduce the risk of growing oilseed rape. The team also suggested taking 150ha out of the combinable rotation by planting miscanthus.

Staff would be reduced to one working farm foreman, a general farm worker, a herdsman/general estate worker, and one seasonal harvest worker.

However this would be phased in, with a trainee farm foreman being recruited a year before the current foreman is due to retire, allowing knowledge exchange and training.

Grain marketing strategy was targeted for improvement, chiefly by making the best use of a new grain store under construction to time grain sales to better advantage, but also by potentially using futures and options. A move from feed to milling wheat was also recommended.

The plan included replacing the suckler herd with 200 red deer hinds for venison production – a growing market compared with the pressured beef market.

Harper’s recommendations for diversification included a burial barrow within the farm’s woodland, a café in redundant farm buildings to benefit from high use of footpaths on the estate, and a woodland adventure trail for children aged 5 to 12.

Labour All the current staff are due to retire in the next five years. Their knowledge of the farm, its land and associated services will be lost, so what new labour system should be put in place?

Farming system With the coming change in labour and associated skills, what arable and livestock systems should be considered?

Redundant buildings A new grain store is being built, making the current store and yard within the village redundant. What development should be considered for the redundant yard and buildings?

Woodland This hosts a shoot but is not used for any other activity – what other diversification opportunities could be considered?

The overall plan was projected to generate a pre-tax profit of £380,000 before subsidy, allowing continued investment and a sustainable business for future generations.

Farm manager Harry Campden, whose family owns the estate, said: “There are good ideas in all of the reports, particularly on the diversification aspects.

“The teams had a real challenge in presenting these remotely from the judges and from each other, and they rose to that very well.

“It was a close call but the Harper entry stood out as the better one of the four. It was professionally presented and the barrow, café and woodland adventure trail are interesting complementary alternative enterprises.”

The other finalists were from Newcastle University, Riseholme College and Bishop Burton.

Could you host the 2021 Farmplanner competition?

Farmplanner challenges teams from UK agricultural universities and colleges, usually attracting about 10 entries from which a shortlist of three or four is selected.

The Institute of Agricultural Management is looking for a family farm business for the 2021 competition, ideally with at least two significant enterprises, preferably arable and livestock.

This should be an enterprise that needs to make decisions about its future and which is willing to host teams of students to walk the farm and draw up competing business plans.

The host must be prepared to set some challenging questions, for example on business structure, enterprise mix, staff, family involvement and/or assessing potential for new ventures.

Student teams make an initial visit to the farm, all on the same day, and then have a couple of months in which to make a report, including recommendations to the farm owner in the same way that an independent consultant would.

The final judging usually takes place at the farm with each team presenting and being questioned on its recommendations.