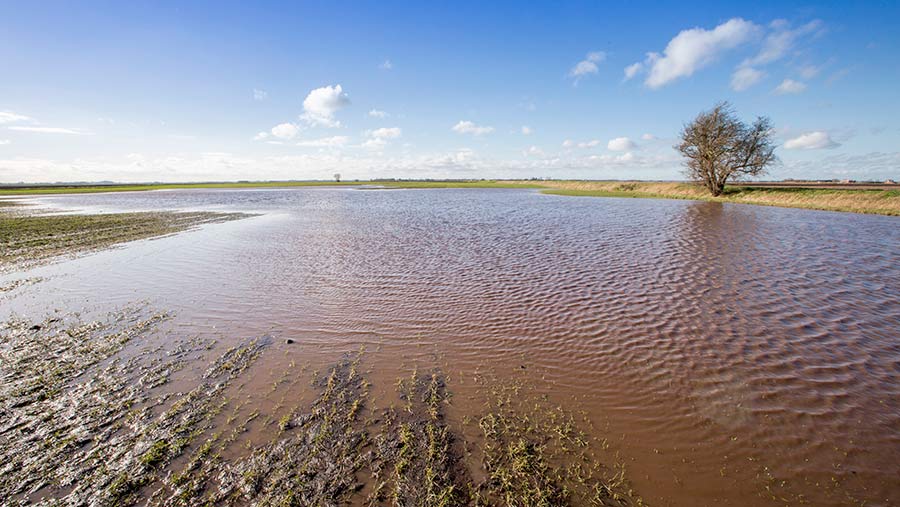 Reducing first charge levels and re-evaluating how to manage land in contract farming agreements can be useful during a challenging financial year.

The difficulty of working ground and establishing crops after poor weather conditions means many of those involved in such agreements are having to discuss terms and make swift decisions about what to do next.

In problem seasons, conditions mean many face having no divisible surplus to share. Negotiations to address this can be tricky, especially if the contractor feels they are the only one losing out.

See also: So you want to… use a contract farming agreement

Joint ventures are becoming increasingly popular, especially with people looking to retire or semi-retire and farmers finding it difficult to replace or recruit staff.

In a contract farming agreement, the farmer and the contractor, who provides the labour and machinery, work together for mutual benefit.

Both parties share the risk and reward, as opposed to the land just being rented out, and the returns track the highs and lows of the seasons.

The farmer and the contractor each take an initial draw or first charge, with the contractor’s charge taking priority. Any surplus after costs is split between the two – creating a performance-based incentive for the contractor.

Adrian Matthews, Savills food and farming director, says businesses are not necessarily in a bad situation in the current financial year due to the income from harvest 2019.

However, moving towards summer 2020, paying the first charges could result in a divisible deficit.

The contractor and farmer need to review the figures and make a one-off adjustment to the agreement’s terms accordingly.

“Depending on the agreement’s wording, first charges should be reduced for both to get to the point of breaking even or a small bonus pool, or just the farmer’s charge should be reduced, though this turns the element of risk away from the contractor,” Mr Matthews says. “The deficit should be dealt within the year it’s incurred.”

Though the contractor may feel they are carrying the costs and need to be fully recompensed, the machines have not seen the same use or wear and tear, he says.

It may be easier to have a mediator, such as an adviser, assist with negotiations, but it is important both parties are involved in discussions and that these and any changes are appropriately recorded in the agreement.

When there is only a verbal agreement, the parties should already have a strong relationship built on trust, and thus be able to have a sensible conversation about the difficulties and agree a new proposal, says Mr Matthews.

“It’s not about writing off this year but making the best you can of it and improving it for the future, such as putting in some cover crops for the benefits they’ll provide for harvest 2021,” he says.

“It’s an incredibly stressful situation for many farmers, but hopefully they’re not just trying to deal with it alone but are talking to advisers, colleagues and each other to help understand the problem and make a plan to deal with it.”

In the East Midlands, Brown & Co agri-business consultant Paul Waberski says these conversations are taking place for about 70% of the firm’s managed agreements, stimulated by the poor weather.

In a situation where a lot of crops aren’t drilled, there is the opportunity to analyse holdings on an individual basis and choose the best way to move forward for the good of both parties, says Mr Waberski.

“Sit down together and see realistically what cropping would we have with the current plan and what would be the gross margin. If it exceeds the contractor’s first charge, decide if it’s worth it and, if not, what are the alternatives?” he says.

“We’re now bringing into discussions environmental stewardship as a breakcrop because the options are quite attractive.”

For example, a legume fallow option pays £522/ha. A grass mix is put in, drilled by the contractor, improving the condition of the land as opposed to leaving it fallow.

Less land needs harvesting so though income is down, so are costs, meaning there will still be an amount, albeit a smaller one, to share between the two parties, he explains.

With this option, both parties can use this year to identify what parts of an environmental scheme to enter and complete an application, to start in January 2021.

Though no stewardship payment will be received this year, there will potentially be little to no costs on the land destined for stewardship.

“We may see more incentives for environmental work with the Agriculture Bill, so the contractor may be cropping less land but still helping to manage the same area with slightly different tasks,” says Mr Waberski.

“Take advice, go through the figures jointly, think holistically and long-term, be positive, and use the experiences we are having to future-proof the business.”

When should a contractor be paid?

There are several variations dealing with how, and on what basis, a contractor gets paid, so the terms of individual agreements should be checked carefully, says Julie Robinson, partner at Roythornes Solicitors.

If cultivation couldn’t take place – for example, due to poor weather – the payment is still due as long as the contractor has made himself available to do the work and acted in line with the farming policy and best practice as set out in the agreement.

Flat-rate fee for each cultivated or cropped hectare

In this case, whether or not fields have actually been drilled will likely be part of the discussion. If the contractor worked in line with best practice, the payment being due is not dependent on the success of the crop.

Per hectare payment per operation

Some agreements break down the rates the contractor may charge, depending on crop type or operation. In this case, what has actually been done and planted will come into play in determining how much the contractor should be paid.

Most agreements allow the farmer’s first charge to be taken out either at set intervals during the season or at the end, before the divisible net surplus/deficit is arrived at.

That figure is usually a fixed per hectare amount and the farmer has a right to it, however much it eats into any potential divisible surplus.

Some longer-term agreements give the farmer the right to carry over a deficit from one year to the next, a way of reducing the farmer’s exposure and spreading the pain between the parties over multiple years.

Tom Hawthorne, partner at Flawborough Farms, says this year is the first time in three generations of farming that no winter crops have been planted.

The holding generally floods a maximum of once every decade, but has flooded six times in the past five months, having suffered almost constant rain since 21 September.

“It’s been pretty grim,” Mr Hawthorne says. “We were planning on doing just over 1,000ha of winter cereals but we’ve not done anything. I did one day’s worth of winter wheat on the last day of October and wish I hadn’t.”

The general cropping plan discussed during the summer, which included wheat, barley and rye, changed to drilling winter wheat to the end of February. The poor weather has since forced the decision to not drill any winter wheat.

“It’s important to know how much everything is going to cost, what your gross margins will be and what your options are,” he says. “It’s all about the relationship with contractor farming agreements, there’s a lot of trust involved and fortunately we have a very good relationship with all our landowners.”

As well as deciding how best to navigate this year, farmers also need to consider what is best for next year and in the future.

Longer-term agreements, such as 10 years, would be helpful for this, says Mr Hawthorne, especially when considering the good of the soil and the holding.

“Every farm we go to we improve because that’s what we care about but not everyone will do that,” he says. “You can’t turn blocks of land on and off but with a long-term view the next stage may be should we farm all of it or should we turn it over to rewilding or carbon capture.”