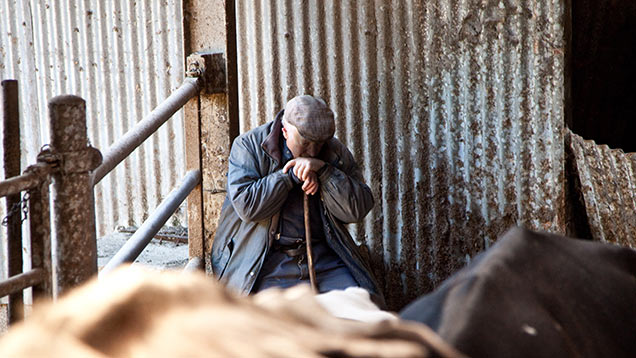 The NFU has called on the older farming generation to raise its game and improve agriculture’s poor safety record.

The union’s rallying call came after figures showed more than half of all fatal injuries on UK farms in 2014-15 involved the over 60s.

According to the Health and Safety Executive’s (HSE) provisional fatal injury statistics, 33 workers were killed on farms in England, Scotland and Wales between April 2014 and March 2015.

However, 18 of those killed were farmers aged 60 or above, the figures showed.

Commenting on the statistics, published ahead of the annual Farm Safety Week (6-10 July), NFU vice-president Guy Smith said it was clear that this age bracket was “failing to take proper heed of safety advice”.

“Last week’s figures show yet again we are not making enough progress in farm safety as an industry as a whole but it is painfully clear it is the over 60s who are failing the most,” added Mr Smith.

“Last week’s figures show yet again we are not making enough progress in farm safety as an industry as a whole but it is painfully clear it is the over 60s who are failing the most.”
Guy Smith, NFU vice-president

“This age group is woefully and disproportionately over-represented in fatalities and serious accidents.

“If the elder generation do not improve their act, we will never lose our unwanted reputation as being a dangerous industry.

“And I’ll confess I’m no one to preach as I’ve done enough stupid things in my time but as I approach my greying years I realise that statistically I become far more at risk so I will need to take more care.”

Mr Smith continued: “In life we usually expect it to be older people who lecture younger people on the need to act more responsibly but when it comes to farm safety it seems to need to be the other way round.

Plan ahead – anyone involved in a farm business should remember that older workers may not be as able as they once were and should carefully consider and plan the tasks that are undertaken.

Take care when working with livestock – livestock moving and handling features significantly in fatal injury to older workers. This work should be carefully planned and good, well-maintained, handling facilities used .

Familiarity breeds contempt – remember, that just because you have always done a job in a certain way, doesn’t mean it’s the best or safest way. Always consider how tasks are approached, and stop and think before starting the job.

“It is clear as an industry we need to do more work to understand why farm safety messages are not getting through to those who really should know better.”

The NFU is keen to work with the HSE through the industry-wide Farm Safety Partnership to explore this area further.

See also: Why are older people twice as likely to die in a farm accident

HSE estimates the rate of work-related deaths in farmers over 65 is double that of those in younger age groups.

Rick Brunt, HSE head of agriculture, said there was “no clear cut answer” why older farmers were more likely than younger farmers to suffer fatal injuries on farms.

“In general, whether we like it or not, as we get older strength and agility decline, as does our visual and auditory perception,” added Mr Brunt.

“The combination of these, and to some extent familiarity with the work and environment, and the tasks that have been carried out for years, may come together to make individuals less cognisant of, or less able to manage, the risks of the work.”

The HSE and NFU are working together to understand and address this problem.