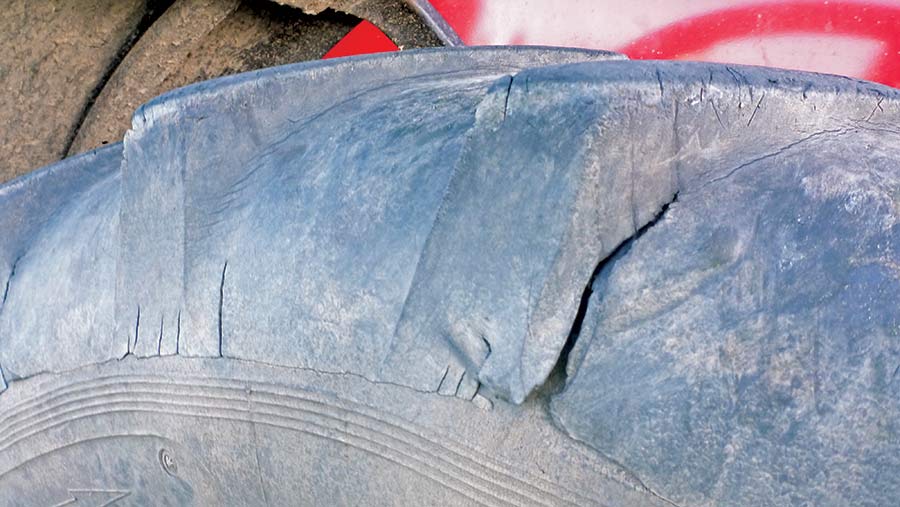 Standards of farm kit maintenance may have improved over the years, but too many farmers are still heading out on the road with badly looked-after machinery.

Many farmers and their staff are regularly breaking the law without being aware of it, according to Somerset traffic policeman Dan Cox.

PC Cox is the road safety and compliance officer for agricultural vehicles with the Tri-Force road policing unit, which covers Somerset, Gloucestershire and Wiltshire.

But what sets him apart from many traffic policemen is his farm machinery background.

Before joining the force he did an agricultural mechanics course at Cannington College and then worked for a machinery dealer. He also drove tractors on dairy and beef farms during his secondary education.

As a forensic vehicle examiner he spends much of his time dealing with high-speed collisions of cars, trucks, motorbikes and farm vehicles.

That chiefly involves looking for mechanical defects that could have made the vehicle unroadworthy and contributed to the accident. 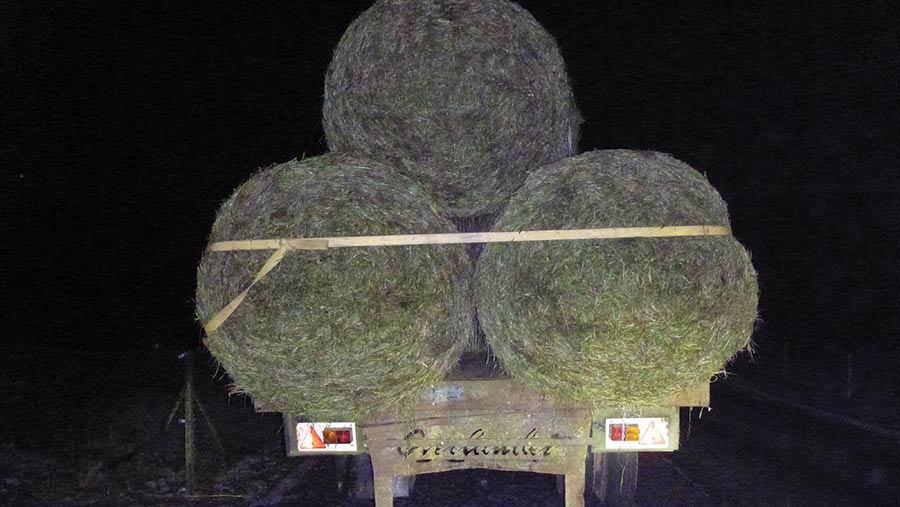 This load of round bales was spotted by PC Cox at 1am. The rear trailer lights were not connected, one of the trailer’s leaf springs had broken and the tyres were on their last legs

He is also the key representative on behalf of the National Police Chiefs Council (NPCC) at the ongoing Department for Transport talks on increasing weights and speeds of tractors.

PC Cox has seen the devastation accidents and injuries caused by traffic collisions leave behind, so he’s passionate about getting the road safety message out to farmers.

He says: “Farmers sometimes think my job is to stop as many tractors as possible. It’s not, but they tend to think that agricultural vehicles have more exemptions from normal road laws than they actually do.

“In fact there’s a pretty low level of knowledge about what is and isn’t allowed on the road.”

7 areas where some farmers need to clean up their act

Avon and Somerset police spent a month in October 2013 stopping farm kit. Of 119 farm vehicles stopped, 88 were in some way defective and only 31 were acceptable.

PC Cox thinks that many farmers are still not aware that they need to maintain their road-going machines.

He says that even on big farms he will find trailers that have had no maintenance in the past 10 years.

Maintenance issues regularly include trailers with the brake pipe not connected, toolboxes impeding the brake pedals, lengths of hydraulic pipe under the driver’s feet, trailer lights not connected even in the dark, rear plough lights shining straight into the eyes of the motorist behind, and in some cases, no lights on the trailer at all. 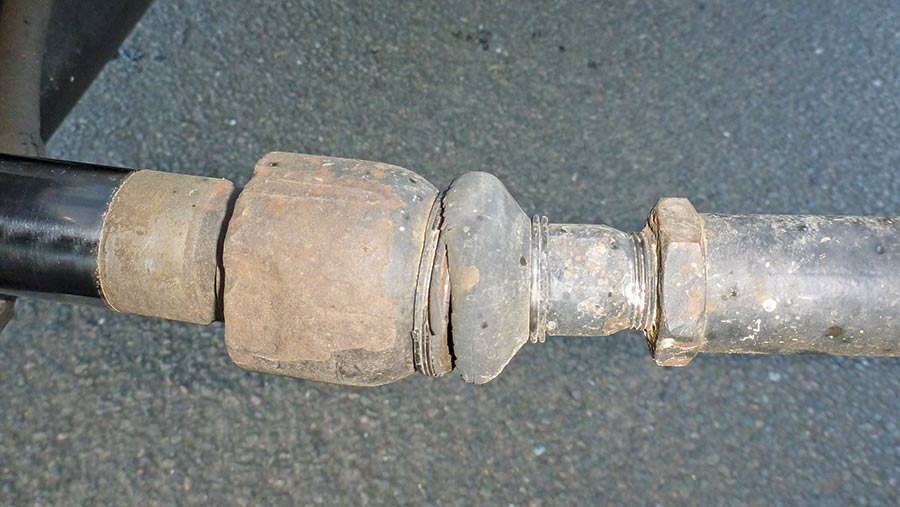 With the gaiter no longer sealing the track rod, grit will get in and eventually the steering will fail

He has also come across trailers without brakes and, if there is an accident, the courts will take into account the fact that you haven’t kept up the maintenance of a machine.

One of the grimmer parts of PC Cox’s job is attending serious and fatal accidents in his patch and interviewing the parties involved.

Often accidents involve motorcycles and cars hitting agricultural vehicles, frequently when they are turning into or out of the field or farmyard.

Farm vehicles are heavy and hard and the other vehicle is likely to come off worse. Edge out of turnings slowly and turn in with care.

Sudden changes in direction can flip over a 15t tractor and a 14t trailer as if they were a toy.

It often happens when the driver has come into a roundabout, bend or junction too fast and made a sudden change of direction.

To take advantage of current and future speed increases, PC Cox points out that you will need a tractor that has features such as failsafe steering, full chassis suspension, independent ABS to all four wheels and a street-legal width. 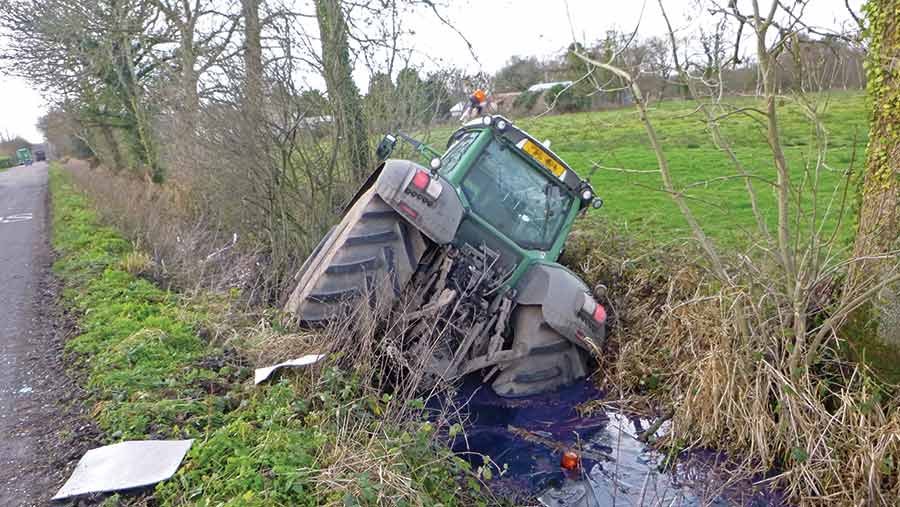 This Fendt ended up in a ditch after the link box on the front came off and went under the tractor, emptying the contents of the diesel tank into the ditch. The farmer had bought a trailer and was taking it home 160 miles away, breaking the legal limit for tachograph exemptions of 60 miles

Lack of attention to detail can be a killer. PC Cox was called to an accident where the tractor’s pick-up hitch hadn’t properly engaged and the trailer ring was able to slide out.

All this happened as the tractor was going up a hill, allowing the trailer to freewheel back down the slope and plough into the car behind.

“The driver was seriously injured but the injuries could have proved fatal,” says PC Cox.

“God forbid you will ever have to see your runaway trailer heading down a hill towards cars and people and not be able to do anything about it.” 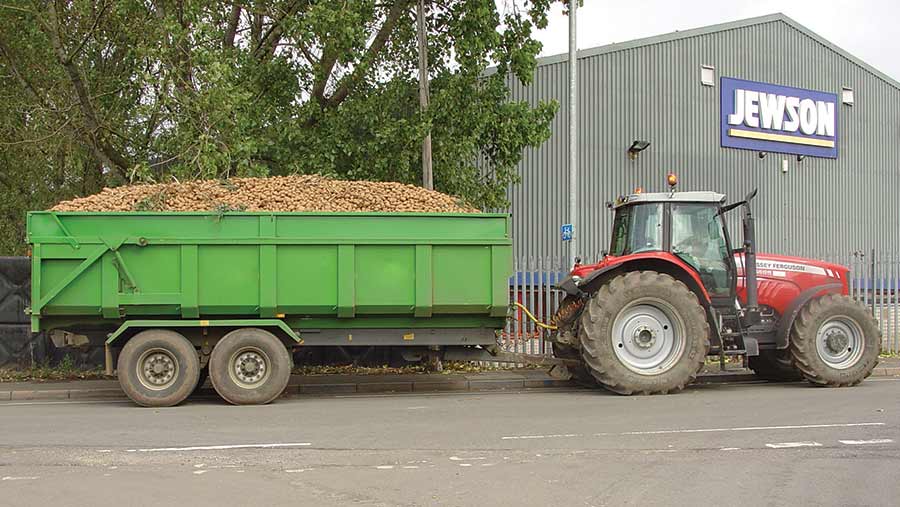 This gleaming new tractor and trailer (plus greedy boards) was carrying 32t gross, somewhat heavier than the 24t limit. Also, the weight on the axles was 20% higher than it should have been. Hitches and drawbars are often seriously overloaded

5. Using a mobile phone while driving

The police get a lot of complaints from motorists about tractor drivers using phones and drivers in cabs often don’t realise they are very visible to motorists.

The answer? Buy a hands-free kit or, better yet, don’t answer until you are stationary.

The Bridgwater cattle sales, just down the road from PC Cox’s HQ, see stock trailers in their hundreds pulled behind pickups and 4x4s.

Many of these trailers – some having just left the motorway – arrive at market with hitches seized through lack of lubrication, inadequate brakes and lights, says PC Cox.

All other vehicles on the road, whether they are motorbikes, cars, trucks or buses, have to pass an annual MoT. “Farm machinery is one of the few exceptions,” says PC Cox.

“We have to check our police cars every day for things like lights and tyres, too; there’s no reason why farmers shouldn’t do the same.”