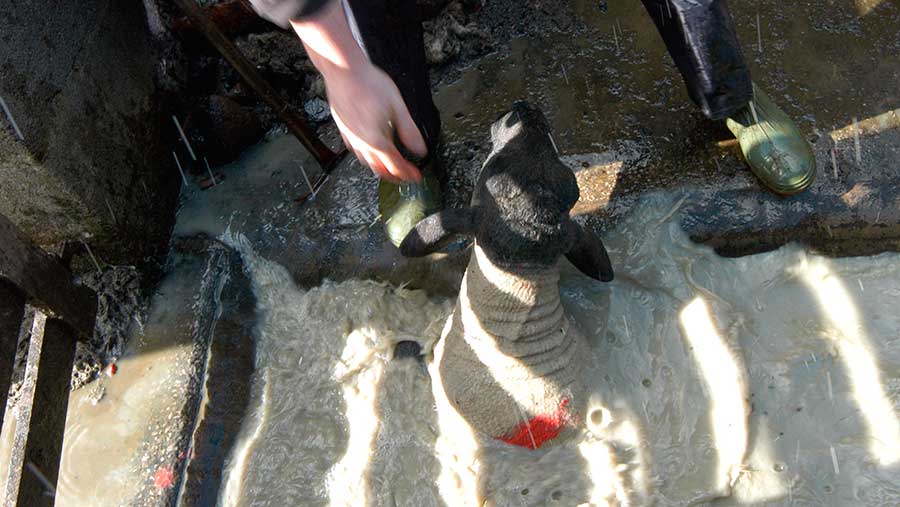 Campaigners have called on MPs to launch an inquiry into concerns that farmers and farmworkers were poisoned when using organophosphate (OP) sheep dip.

The Sheep Dip Sufferers Support Group said the House of Commons Environment, Food and Rural Affairs committee should launch a full inquiry into the issue.

The group is seeking government recognition that farmers suffered long-term health problems due to OP dips before the legal requirement to use the products ended in the 1990s.

The group said it was disappointed that Defra minister George Eustice was not viewing the “problem with the seriousness it deserves”.

Co-ordinator Tom Rigby, a dairy farmer from Lancashire, said the group had spent the past 18 months trying to raise its concerns with Mr Eustice.

Last year, it says Mr Eustice became the first minister in more than 20 years to meet with some of those who had been acutely affected by OP dips.

Following that meeting, Mr Eustice also helped secure the release of farmers’ blood test results taken by the Ministry of Agriculture, Fisheries and Food (MAFF) in the early 1990s.

However, Mr Rigby said the group was disappointed with Mr Eustice’s answer to a parliamentary question from Newport East MP Jessica Morden (Lab) on Thursday, 24 November.

Ms Morden told parliament that documents, including medical records from the poisons unit at Guy’s Hospital, showed there were long-term health effects from using sheep dip. She asked Mr Eustice to meet the group again so it could act for those affected.

Mr Eustice replied by saying the committee on toxicity had looked at the issue exhaustively, examining 26 different studies over a period of more than a decade.

The committee had “concluded that in the absence of acute poisoning there would not be meaningful long-term effects,” he added.

“In any other department, to dismiss concerns about health and safety by saying the issue had been looked at exhaustively and could find no evidence of long-term effect in those who had not been affected would not be considered an adequate response.

“We do not think those involved in agriculture should be treated in such a shoddy manner.”

Mr Rigby said the symptoms of OP poisoning following sheep dipping were clearly recognised 25 years ago and it was possible to get prompt treatment and make a full recovery.

Since then, however, there seemed to have been a deliberate policy of not recognising the condition.

“Often it can take years to get a diagnosis, by which time the damage is irreversible,” said Mr Rigby. Others have simply been sent home to die.”

Last year, Efra committee chairman Neil Parish said the committee would consider launching an inquiry into the issue if MPs felt doing so was justified.

Mr Rigby said: “We believe the time has now come for that inquiry and we look forward to giving evidence as soon as possible.”