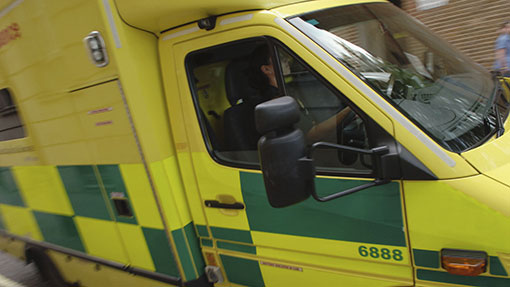 An Essex farming firm has been fined for safety failings after a worker was seriously injured in a fall from height.

A 63-year-old worker suffered fractures to his spine, shoulder, eye socket and ribs, collapsed lungs and lacerations to his scalp after falling 4m (13ft) from the roof of a grain store.

The worker, who does not want to be named, was repairing a leaking roof and was on fragile asbestos cement sheeting which gave way beneath him.

He fell on to a car and then rolled on to the concrete floor below.

He was taken to Addenbrooke Hospital and treated for his injuries following the incident at Pages Farm in Stebbing on 8 August 2013.

Although now able to walk, he suffers memory loss and needs speech therapy and weekly physiotherapy.

An investigation by the Health and Safety Executive (HSE) found that Nicholas Reed, a director at Bluegate Hall Farm Partnership, had failed to make sure the work on a fragile roof was carried out safely.

Colchester Magistrates’ Court heard on Tuesday (3 June) that repair work to the roof was required after a number of leaks had been identified.

A purpose-built cage and ladder had been provided to access the roof, but HSE’s investigation found there was nothing provided to prevent the worker falling through the fragile material.

There were no crawling boards or handrails available on the farm for the worker to use.

Speaking after the hearing, HSE inspector Nicola Jaynes said a commonplace job turned into a “life-changing event” for the worker, who will never fully recover.

She added: “On average, falls through fragile roofs cause seven fatal injuries every year. Simple, straightforward, common-sense procedures would have prevented this fall and the severe consequences it has had for this worker.

“It is essential that the hazards associated with working at height are recognised and understood by those carrying out the work. You should never work on a fragile roof without a safe system of work.”