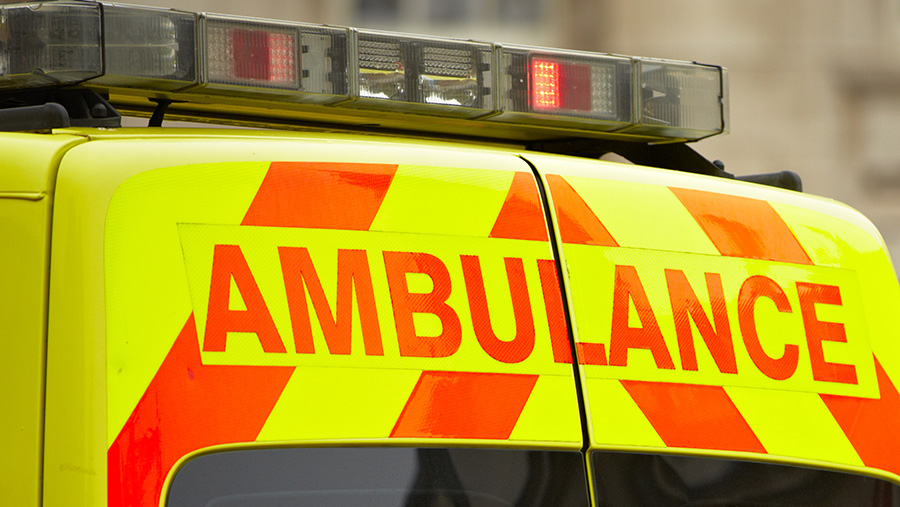 A spate of fatal farm accidents has left four people dead during the first three weeks of April.

The four separate incidents suggest there is no sign of any reduction in farming’s fatality rate – which is already the highest of any UK industry.

Caroline Rennie, 21, died following an incident involving a tractor and seed drill on 3 April at her family’s farm near Turriff, Aberdeenshire.

An unnamed 19-year-old man died following an incident on 12 April at an egg farm in Sileby, Leicestershire.

The air ambulance attended a fatal “industrial incident” involving a man in his 50s on 15 April at a farm in Hainford, near Norwich.

The fatalities follow one of the worst 12 months for UK farm accidents in 25 years.

Figures compiled by Farmers Weekly suggest more than 50 people died in accidents on UK farms during the year ending 31 March 2021.

A similar number of fatalities is expected to be confirmed when the Heath and Safety Executive (HSE) publishes its annual accident report in July.

Alan Plom, former rural group chairman at the Institution of Occupational Safety and Health, said the death toll was terrible.

“After 45 years trying to reduce deaths and injuries in farming, I am angry – not just frustrated – with all those who will not listen or think about their families,” he said.

“Even one death in our industry is one too many,” he said.

Health and safety inspector Stephen Britton told Farmers Weekly many of the accidents involved the same causes as previous years.

These included overturned vehicles, being crushed or trampled by livestock, being hit by falling objects or machinery, and falls from height.

Agricultural injuries are more likely to occur when working with livestock than during any other activity, suggests new research.

The risk of injury on cattle farms is three times higher than on pig farms, according to an investigation by Noha Mahmoud, a postgraduate researcher from Scotland’s Rural College and Aarhus University in Denmark.

Crushing, falling, cutting and poisoning were considered the most common types of injury on both types of farms.

But the greatest risk was during milking, and during the movement and treatment of both pigs and cattle.

Falling injuries were frequent during the repair of buildings.

So too were poisoning incidents – including asphyxiation – relating to manure management operations. Slurry gas, for example, is odourless and deadly.

Ms Mahmoud said: “Agriculture is one of the most dangerous working environments globally, and despite the technological advancements in agricultural production, the frequency of injuries and fatalities is relatively high.”