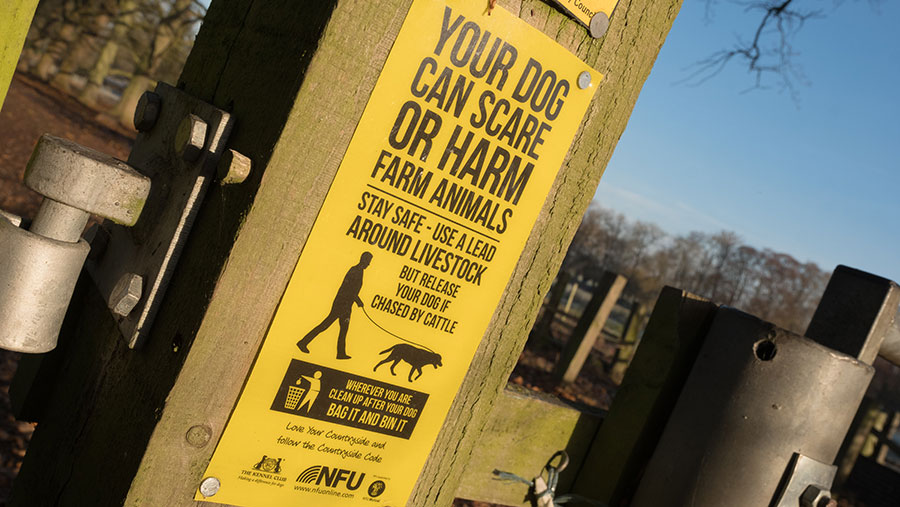 Lives could be lost and livelihoods jeopardised with more members of the public coming into close contact with farm animals, as the trend for countryside walking continues post-lockdown, say experts.

Rupert Wailes-Fairbairn of rural insurance broker Lycetts, is urging farmers to stay vigilant and take steps to protect themselves, ramblers and livestock, suggesting the new-found popularity of rural walking and the trend to staycations could spark issues.

“Even the most placid farm animals can become dangerous when they are stressed, with adverse weather, illness, disturbance, or maternal instincts just some of the triggers.

“Farmers understand and recognise signs of stress, but many members of the public don’t,” says Mr Wailes-Fairbairn.

“Sadly, every year people are seriously and fatally injured by livestock – both farmers and members of the public. These animals should never be underestimated, particularly at this time of year, when cattle have calves at foot and protective maternal instincts are at play.”

He advises farmers to keep cattle in fields that do not have public access wherever possible, especially when they are calving, have calves at foot and during periods of high footfall.

“When it comes to bulls, certain breeds, for example Ayrshire, Friesian, Holstein, Dairy Shorthorn, Guernsey, Jersey and Kerry, are in all circumstances banned from being at large in fields crossed by public rights of way. Beef bulls are also banned from fields with footpaths unless accompanied by cows or heifers.

“For bull breeds that are permitted, consider the animal’s temperament and keep an eye on its demeanour. Remove it from the field if its behaviour begins to give cause for concern.”

Farmers who keep livestock in fields crossed by public rights of way may face prosecution and could find their businesses put in jeopardy if walkers are injured by their livestock and negligence is proved.

As well as helping keep walkers safe, being vigilant may reduce a farmer’s liability, should an incident occur, he points out.

Mr Wailes-Fairbairn also recommends daily damage checks of perimeter fences plus pre-planning movement journeys to limit contact with the public, plus warning passers-by to stay at a safe distance.

“Farmers should erect appropriate signage, which is informative, accurate and in clear view of the public when animals are present, but take care to avoid misleading signs that deter the public from exercising their right of responsible access, as these are likely to be regarded as obstruction.

“Farmers should bear in mind that previously quiet rights of way may have become more populated. Greater numbers mean greater risk, so although incidents may not have occurred in the past, reviewing safety procedures and signage in light of the current circumstances is a must.”

Following reports of cows chasing and trampling members of the public, Wiltshire Police’s Rural Crime Team is stepping up its efforts to raise awareness of the dangers.

With more people now visiting the countryside, it highlights Health and Safety Executive (HSE) figures suggesting that between March 2000 and March 2021, cattle killed 98 people in the UK – 22 of whom were members of the public, with the rest farmers or farmworkers.

Among its advice to farmers is not to put cattle considered dangerous in fields accessed by the public, to put up signs warning of possible dangers and to install segregation fencing near to public footpaths.

“Most members of the public who are involved in incidents with cattle were on footpaths and usually had a dog with them; frequently there were calves involved and the cows were protecting them,” says PC Emily Thomas.

“Although we advise to keep dogs on a lead when there is livestock around, it is best to release your dog if it is being threatened by cows. Cattle are most likely to chase the dog rather than the owner.” 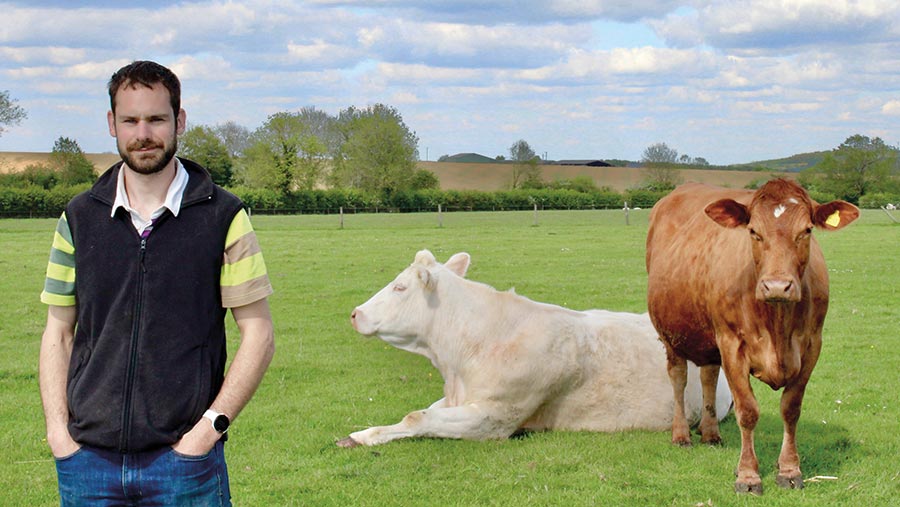 Buckinghamshire farmer Richard Heady has noticed an increase in footfall, plus the presence of more dogs – some of which he suspects have been acquired during the Covid pandemic.

“We’ve heard of dogs going for silly money and people getting their first dogs during lockdown, so I think there’s probably going to be a massive rise in cases of sheep worrying and dogs loose in livestock, just because people don’t know how to handle their dogs.

“There will be a lot of first-time owners without the experience or the authority to keep their dogs in control.”

Educating the public about how to behave sensibly around cattle is important, says Mr Heady, who has made a Facebook video demonstrating how best to pass livestock.

“Although you know your cattle are quiet, they are very intimidating to someone else and, as a result, people often do precisely the wrong thing – they run instead of walk, they flap their arms and they make noises in a bid to shoo stock away.

“I tried to show in the video clip how it’s best to give them a wide berth, walk slowly and stay quiet.”

According to Mr Heady, social media presents many opportunities to connect with the public.

“It’s probably easier to communicate these messages now than it’s ever been. All the villages around here have local Facebook groups, for example, so you can explain where your cattle are and how, if people walk slowly, keep to footpaths and keep dogs on a lead, they shouldn’t cause you any trouble.

“Farmers are sometimes reluctant to communicate with the public because they’re worried they’ll get the wrong idea, but I find the more the public knows, the more understanding they are.

“I also write a bit every month for the village newsletter and it’s surprising how much of the village reads and interacts with it – that’s an under-utilised way of spreading the message.”

The NFU suggests that, while the huge pandemic-prompted increase in people visiting the countryside has brought big benefits in terms of health and wellness, it has also sparked issues – among them, dog attacks on livestock.

New figures from NFU Mutual show the estimated cost of dog attacks on farm animals in the first quarter of 2021 rose by 50%.

NFU deputy president Stuart Roberts says: “Dog attacks on livestock are horrific and can have a massive impact on farm businesses, both practically, but also emotionally for a farming family.

“I’m pleased to see the government taking clear action to strengthen the law in this area to give police more powers to tackle a growing issue for farmers as dog ownership increases.

“However, we would like to see the government go further in this area and implement increased fines. This can act as an appropriate deterrent and would also reflect the financial loss to the farm business as a result of an attack.

“We would also like to see a clear rule that dogs should always be on a lead around livestock. We believe the current wording that a dog has to be under ‘close control’ around livestock causes confusion for dog owners, farmers and the police,” adds Mr Roberts.

Health and Safety Executive advice on staying safe with cattle

Even “gentle knocks” from cattle can result in people being injured, so all breeds should be treated with respect.

As well as the risks to walkers, land managers should also consider other rights of way users such as horse riders and cyclists.

The HSE points out: