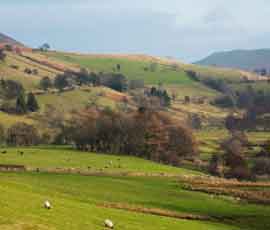 Farmers who breach health and safety regulations will face charges of £124 an hour under a new scheme to recover costs incurred by the Health and Safety Executive.

The HSE has confirmed it will introduce its Fee For Intervention (FFI) scheme on 1 October this year to “pay for the executive’s time and effort in putting matters right, such as, investigating and taking enforcement action”.

The plan is still subject to Parliamentary approval but the government has already signalled it believes farmers who break the law and not the taxpayer, should be footing the bill.

Gordon MacDonald, HSE’s programme director said: “It is right that those who break the law should pay their fair share of the costs to put things right – and not the public purse. Firms who manage workplace risks properly will not pay.”

“Confirming the date for the start of Fee For Intervention and publishing the guidance will give duty holders clarity and certainty about the start of the scheme and what they can expect,” Mr MacDonald said.

“We have worked with industry representatives in shaping the final form of the scheme and the published guidance explains how the scheme will work and what businesses can do to comply with the law and avoid incurring a fee,” he said.

The HSE Board recommended the introduction of FFI to ministers in December 2011. HSE has completed a successful test run of the scheme in preparation for its start in October.