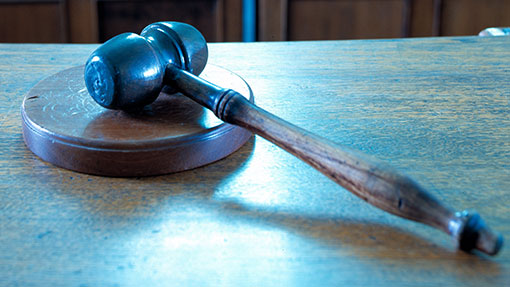 Vet Matthew Dobbs has told a manslaughter trial that to keep a bull in a field with public access was a “very high risk”.

He was speaking at the trial of Paul Waterfall, who denies manslaughter by gross negligence after a rambler was killed by a bull.

Mr Dobbs told the court he did not know of a farmer that would take that risk and that management of a dairy bull needed to be “carefully done”. He said a bull would see a group of heifers like his “harem”.

Male dairy breeds were known to be aggressive and this was well-known in the farming community, he added. And over time a bull may show an increase in aggressive tendencies to protect a territory and a fight-like response to a threat, he added.

He gave the examples of another bull or people entering its territory.

“All of those can be perceived as a threat to his dominance over a group,” said Mr Dobbs.

Prosecutor Andrew McGee asked: “In your view is it suitable to keep a bull of a dairy breed in a field with public access?”

Mr Dobbs replied: “Certainly not suitable to keep in a field with public access because of their propensity to show aggression.

Asked what sort of risk it was to keep a dairy bull in a field with public access, Mr Dobbs said: “It’s a very, very high risk. I don’t know of a farmer who would take that risk. The management of a dairy bull needs to be carefully done.”

Rambler Roger Freeman, 63, died after he being attacked by a bull as he walked across farmland in Stanford-on-Soar, south Nottinghamshire on 12 November 2010.

Mr Freeman was attacked as he crossed the field on a public footpath with wife Glenis. The couple, who were experienced ramblers, were walking from Nottingham to their home in Glen Parva, Leicester, via an overnight stay in Loughborough.

Jurors were shown a video of the police interview Mrs Freeman, now 70, gave following the incident.

She told how the 20-minute attack left her “absolutely petrified” and described her husband “shouting his goodbyes” as the bull repeatedly charged and tossed him in the air.

She underwent surgery to remove her spleen following the attack and spent several weeks in hospital before she was allowed home.

Prosecutors say Mr Waterfall breached a duty of care he owed Mr Freeman as a keeper of cattle on land with a public right of way by failing to ensure the bull was properly confined, and falling to take action after earlier incidents.