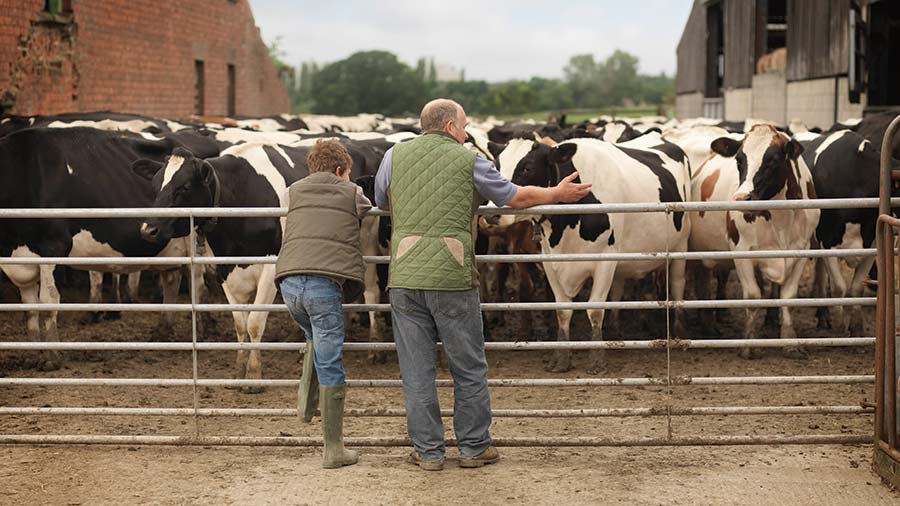 A major new safety campaign is being launched which aims to halve the number of people killed on UK farms within four years.

Due to run throughout 2019, the campaign will be launched at the Lamma machinery event in Birmingham on Tuesday (8 January). A day of action on social media will see farmers encouraged to share safety messages with the hashtag #DriveSafetyForward.

For the next 12 months, the campaign will focus on different aspects of farm safety. Starting this winter, it will focus on farm machinery, followed by cattle (spring), children (summer) and working at height (autumn).

In total, 33 people were killed in farm accidents in Great Britain in 2017-18, according to Health and Safety Executive. A further 11 deaths were recorded in Northern Ireland. The partnership has set a target to halve the number of farming fatalities by summer 2023.

Being injured by cattle was the biggest cause of farm fatalities in Great Britain during 2017-18, with eight farm deaths as a result of being injured by animals. Moving vehicles were involved in six fatalities and three people were killed falling from height.

The campaign is being co-ordinated by the Farm Safety Partnership, which represents 38 organisations from across the agricultural sector. Members include farm membership organisations, machinery dealers, auctioneers, training providers and Farmers Weekly.

NFU vice-president Stuart Roberts, who also chairs the partnership, said: “We are all aware that agriculture has a terrible track record when it comes to health and safety in the workplace, and the partnership is working with the industry to reverse this.”

Mr Roberts said: “I genuinely believe we are starting to see farmers and their workers responding and now it’s time to redouble all our efforts in this area. Initiatives launched by the NFU and other partners are having a positive effect – but we need to see more action on the ground.”

Farmers and farmworkers will be encouraged to talk more openly about safety issues. Mr Roberts said: “With the partnership delivering a co-ordinated campaign and looking at specific actions each season, we can really focus our approach on changing behaviours.”

Campaign supporters include Jane Gurney, who founded the ‘Tilly Your Trailer’ initiative after her son Harry was killed in a tractor and trailer accident in 2014. It is vital to raise the profile of farm safety, she said.

“Farm safety has to be the number one priority for any professional farmer – whether you are in the field or on the road. Farmers have to realise that farm machinery needs to be properly maintained – and safety checks need to be carried out daily.”

The campaign will highlight the main causes of fatalities, how they occur and how accident risks can be reduced. The hope is that a more proactive approach will help change farmers’ attitudes and behaviours towards health and safety.