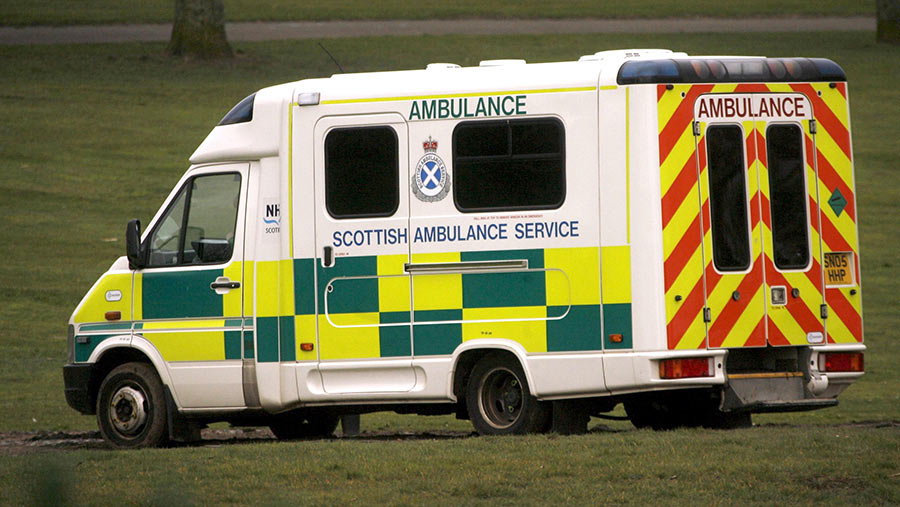 A 25-year-old man has died following a machinery accident on a farm in the Scottish Borders.

Emergency services were called at around 10.50am on Friday 25 October to reports that a man had been seriously injured on a farm near Hawick.

The victim was pronounced dead at the scene by medics from the Scottish Ambulance Service.

A spokesman for Police Scotland said initial enquiries had established there are no suspicious circumstances surrounding the death, which is being treated as an accident.

A report has been submitted to the Procurator Fiscal and the Health and Safety Executive has been informed.

Between 1 April 2018 and 31 March 2019, 39 people were killed as a result of farming and agriculture in Great Britain, including six in Wales, according to official statistics.

Transport caused the most deaths – vehicles overturning or being struck by moving vehicles.