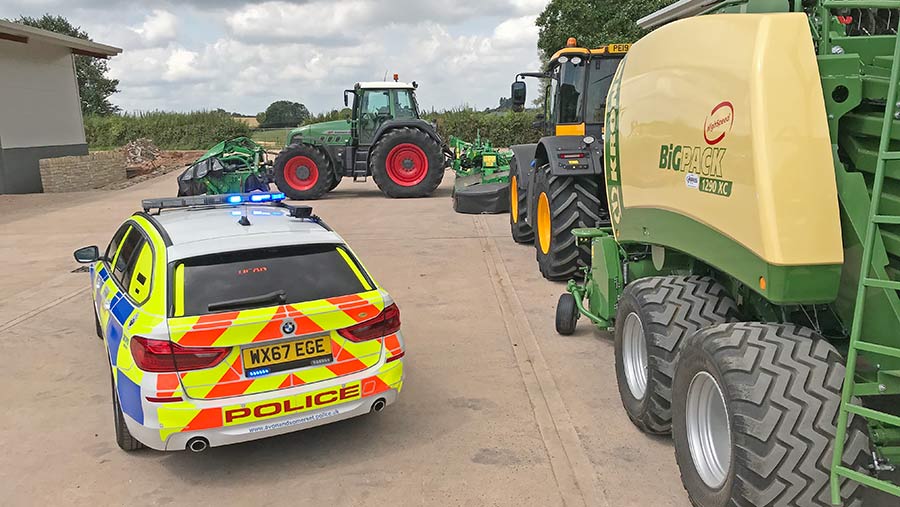 Farmers should check their harvest equipment is fit for the road and that employees are aware of the rules that govern maximum tractor speeds and trailer weights.

PC Dan Cox of Avon and Somerset police says rural roads continue to be plagued by faulty farm equipment not suitable for use on public highways, and there have been several major accidents and fatalities as a result.

A survey conducted by the National Trailer and Towing Association that aimed to assess the roadworthiness of non-testable trailers used on public highways (including stock trailers, flatbeds, horseboxes and caravans) found more than 90% were defective, and the statistics are pretty similar for farm grain and silage trailers, says PC Cox.

By comparison, just 12% of tightly regulated haulage trailers were found not to be compliant, largely as a result of their six-weekly checks, maintenance checks and annual MOT.

This led to a debate in the House of Lords and subsequent 12-month survey into the merits of implementing a trailer registration and testing scheme. There were several strong voices involved in the conversation  – the key three being the National Farmers’ Union (NFU), National Association of Agricultural Contractors (NAAC) and Department for Transport – so progress has been pretty slow.

However, the consultation period recently ended and the report was released on the 18 July, with the stand-out news that there will be no mandatory registration and testing scheme.

Instead, farmers will have to take the lead in this area by following plans such as the Tilly campaign, which was set up to encourage regular 18-point checks on farm haulage kit.

And PC Cox says farmers should take the initiative in monitoring machinery condition and be able to evidence it, in case of an accident. This includes proof of maintenance regimes and receipts for replacement parts, which will support any defence.

Watch out for speed limits

But it’s important to note that these speeds are restricted by the implement towed, so while the Fastrac is legally entitled to hit 40mph, hitching up to a big square baler drops that limit to just 20mph due to its width.

New tractor owners should take careful note of the limits, PC Cox says, with many of them capable of going faster than 40mph, when their legal limit on the road is 25mph at best.

Similarly, many big grain trailers and slurry tankers exceed the UK’s road-going weight restrictions and can only be moved legally on public highways when empty.

In time, PC Cox would like to see farmers have the opportunity to increase speed and weight limits, but they will have to accept roadworthiness rules in return.

A future area of focus could be tractor driving licences. It’s currently a default category achieved through passing a regular car driving test, but this may change.

However, the current tractor test is unlikely to be deemed robust enough and PC Cox would like to see it more relevant to the work of a big contractor running high-capacity machinery.