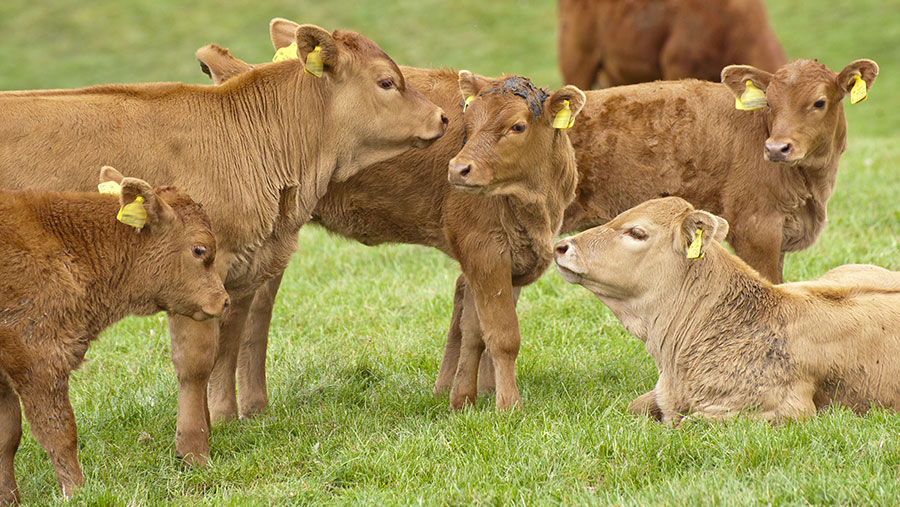 A pensioner has died after being attacked by a herd of cows in the Yorkshire Dales.

The 82-year-old man was walking with his wife and dogs when the attack happened in Ivescar, Ingelton, shortly before 2pm on Saturday (30 May).

He suffered head injuries after he was trampled by cows near the Ribblehead viaduct. He was pronounced dead at the scene.

An air ambulance was called and his 78-year-old wife was flown to Royal Lancaster Infirmary suffering from shock and bad bruising.

Advice for grazing cattle on land with public access

North Yorkshire Police described the incident as tragic and local reports suggested the couple had disturbed the cows, which were protecting their newly born calves at foot.

A force spokesperson confirmed: “An 82-year-old man, from Foulridge, Pendle, sadly died yesterday after being attacked by a herd of cows.

“Emergency services attended and sadly the man was pronounced dead at the scene.

“The woman, aged 78, was badly bruised and taken to Royal Lancaster Infirmary by air ambulance.”

The Health and safety Executive says cattle-related incidents are one of the biggest causes of deaths and serious injuries on farm.

More than 80 people have died in deaths involving cattle since the year 2000 – on average four people every year.

Livestock and rights of way – reducing the risk

The NFU has issued advice about how to reduce the risks of walkers being attacked by cattle.

The union says attacks by cattle on walkers are “very rare”, especially considering the many thousands of people who enjoy the countryside every year.

However, the NFU says it’s important that both farmers and walkers are aware of possible risks from livestock and the precautions that can be taken to reduce the chances of a problem.

Advice for walkers
When out walking in the countryside, it is important to remember that it is a working environment where animals graze. So walkers should be mindful of their surroundings to fully enjoy the experience. Be vigilant, especially on entering a field or where you cannot see the whole field, and try to stay away from animals and to be aware of their movements. In the spring, it’s especially important to be sympathetic to farm animals rearing their young and give them space.

When walking with dogs in fields with cattle, the advice is to avoid getting between cows and their calves; to keep your dog under close and effective control on a lead around cows and sheep, but not to hang onto your dog if you are threatened by cattle – let it go and allow the dog to run to safety.

This offers the best chance of a safe outcome to both you and your dog. If you feel threatened by animals protecting their territory or young, do not run. Move to the edge of the field and, if possible, find another way round.

Advice for farmers
Farmers also have a responsibility for the safety of the animals in their fields, and for those walking across their land. Farmers who keep livestock in fields crossed by public rights of way may face civil and/or criminal proceedings if members of the public are injured by their livestock.

If you are aware that particular animals are likely to be upset by people walking in their field, or are likely to behave aggressively towards people, consider whether they should be in a place with public access, or one where walkers are known to stray. Some livestock species and breeds of bull are prohibited from being in a field containing a right of way.

The NFU Business Guide on Livestock on Rights of Way covers such issues, related legislation and advice on preventative measures.

The NFU has produced some black-and-yellow signs highlighting the risks associated with dogs around farm livestock. Members can get signs free of charge from NFU CallFirst on 0870 845 8458 or from their group office.