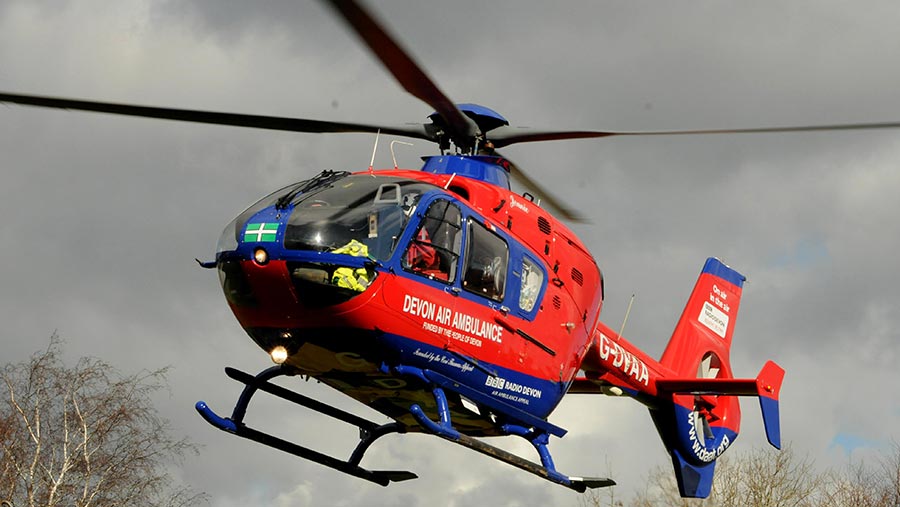 A man had to be cut free by firefighters after his arm got trapped in a potato harvester.

The 29-year-old got his arm stuck in the harvester at a farm in Horwood near Newton Tracey, Devon, shortly before 3pm on Wednesday (24 August).

See also: 10 shortcuts that could kill you at harvest time

Fire crews from Barnstaple and Bideford were called to the scene and they used hydraulic equipment to release the man.

He was flown by air ambulance to North Devon District Hospital in Barnstaple. His condition is unknown.