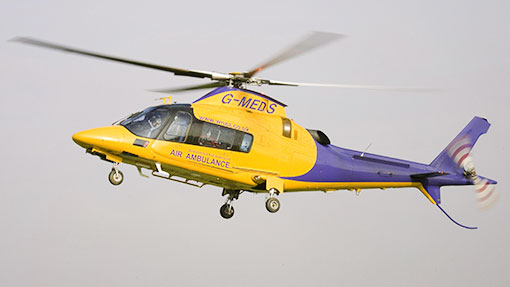 A holidaymaker has been killed after he was trampled by a stampeding herd of cattle.

Former councillor Peter Jakeman was injured while walking across a field in Ashbourne, Derbyshire. The 62-year-old was airlifted to hospital but later died.

It is thought Mr Jakeman, of Callington, Cornwall, was with his wife and their two dogs when he was attacked.

The land where the incident took place belongs to a tenanted farm on the Okeover Estate, site of the Grade II listed Okeover Hall.

A statement from the estate said: “We are horrified by this terrible accident and our thoughts and prayers are with the family of Peter Jakeman.”

The Health and Safety Executive has now launched an investigation into the tragedy, which took place on Wednesday morning (14 May).

Mr Jakeman served on Callington Town Council from December 2004 to January 2006, and was also a chairman of the bench at Plymouth Magistrates’ Court.

Councillor Jeremy Gist, who knew Mr Jakeman well, said: “He wasn’t just a colleague, I regarded Peter and his wife as friends.

“He was a very active member of the community but not only that, he was a genuinely good man, what I would have called one of nature’s gentlemen.

“He was a talented man, if he did something you knew it would be done right.

“There was no beating about the bush with Peter, if it was right it was right and if it wasn’t he would have told you. That was the sort of character that made him a good councillor.”

An air ambulance crew was called to help Mr Jakeman following the incident and he was treated for blood loss and chest injuries. He was flown to University Hospital of North Staffordshire, but doctors were unable to save him.

A spokeswoman for Staffordshire Police said: “Emergency services were called to reports of an injured man in a field off the A52 Leek Road in Upper Mayfield at around 9.05am on Wednesday 14 May.

“It was reported the man had been injured by stampeding cows within the field.

“He was taken to the University Hospital of North Staffordshire but sadly died in hospital later that morning.

“The death is not being treated as suspicious and inquiries are being overseen by the Health and Safety Executive.”

Advice has now been issued to ramblers and tourists in the wake of Mr Jakeman’s death.

It is thought attacks usually take place due to dogs being present or calves being in the field when walkers approach.

The British Mountaineering Council said dogs should be kept on a lead, and if cattle appear unsettled, walkers should move away as carefully and quietly as possible.

A spokesman added that if people feel threatened they should let go of their dog’s lead, if they are holding one, and try not to make any noise or fast movements.

The latest tragedy follows several incidents involving cattle resulting in serious injury or death to farmworkers or members of the public.

John Turner, a 60-year-old farmworker, died in hospital after being trampled by cows on a farm in Lincolnshire last month .

Earlier this month, Nottinghamshire farmer Paul Waterfall, 39, was found not guilty of manslaughter by gross negligence following the death of 63-year-old rambler Roger Freeman, who was killed by cattle on his land .