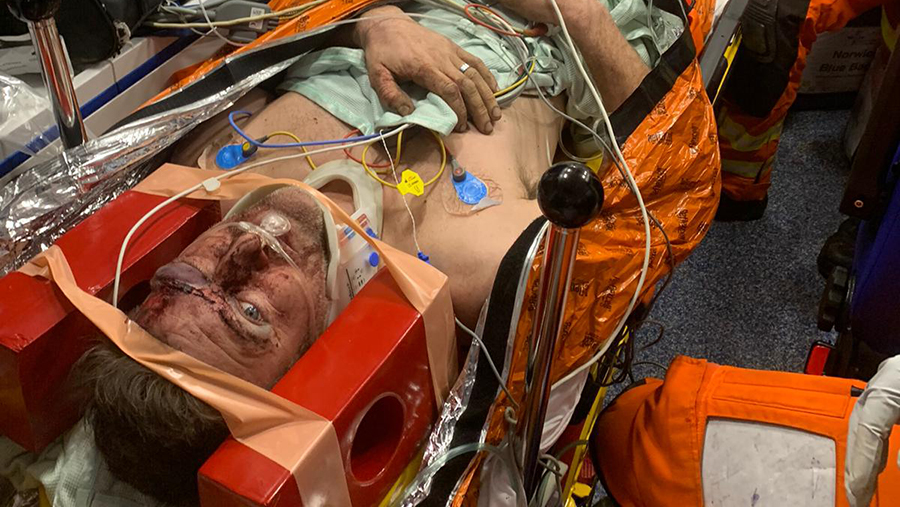 A Norfolk potato adviser who had to crawl for help after shattering his skull in a 30ft fall is campaigning for better mobile phone signals in the countryside.

Tim Kitson, 46, was walking across a platform in a potato store when it gave way. He fell onto the concrete floor – breaking his skull, wrist and thigh.

Barely conscious, Mr Kitson tried to make an emergency call with his mobile phone – only to find he did not have a signal.

“I was inspecting the crop and went across the walkway,” he told Farmers Weekly. “It gave way and I went straight through it.”

“I tried to make the emergency call but there was no signal – even though it is meant to connect you to any available network.

Despite his injuries, Mr Kitson managed to crawl for help. He is now recovering at his home in Martham, Great Yarmouth.

Later this month, he hopes to meet with a Norwich-based tech company which has developed an app to allow isolated lone workers to get help in the event of an emergency.