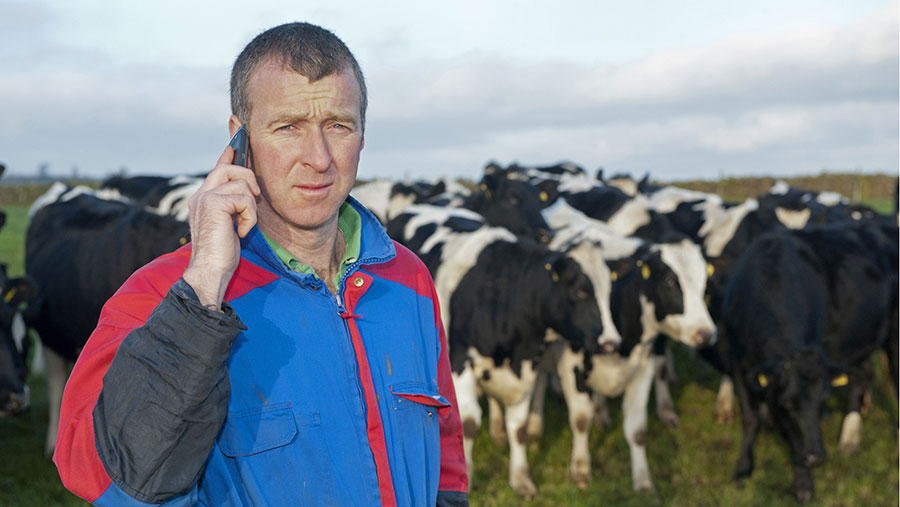 Almost half of premises in rural areas still have “patchy or unreliable” mobile phone reception, according to the UK’s communications regulator.

Only 41% of rural premises are able to access good quality, 4G mobile phone coverage, Ofcom says. In some remote parts of the country there is no coverage at all.

In contrast, 83% of urban homes and offices have complete 4G mobile phone coverage.

Unreliable and non-existent mobile phone coverage has potentially life-threatening  consequences for farming. Farmers often work alone and if there is no signal, there is no one to contact in the case of an emergency.

Other drawbacks of poor mobile phone coverage include not being able to contact suppliers, keep in contact with workers around the farm and conduct business online, as well as not being able to access farming apps.

“Mobile coverage has improved across the UK this year, but too many people and businesses are still struggling for a signal,” said Philip Marnick, Ofcom’s spectrum group director. “We’re particularly concerned about mobile reception in rural areas.

“As we release new airwaves for mobile, we’re planning rules that would extend good mobile coverage to where it’s needed. That will help ensure that rural communities have the kind of mobile coverage that people expect in towns and cities, reducing the digital divide.”

4G For All campaign

The CLA has been calling for greater investment from the mobile operators in new masts in rural areas as part of its 4G For All campaign.

CLA deputy president Mark Bridgeman adds: “Progress in rolling out 4G to the countryside has been painfully slow but Ofcom’s changes to the 700Mhz spectrum auction set out a path for the genuine and significant improvements that are so crucial to unlocking the potential of the countryside.

“This is more important now than ever, as rural businesses prepare for the challenges and opportunities of Brexit.”

In May 2018, 56 MPs sent a joint letter to the digital secretary asking for action on the speed and ambition of rolling out 4G to rural areas.