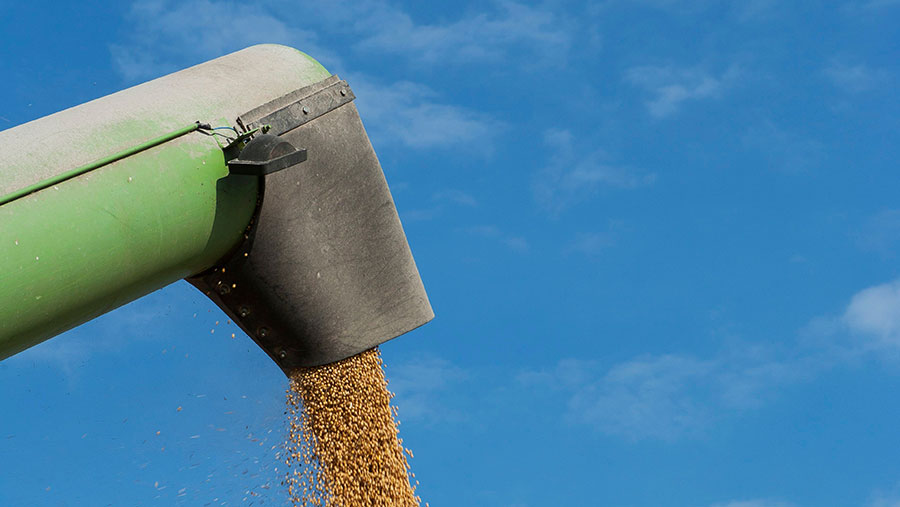 A US farmer cut his leg off with a pen knife after becoming trapped in a piece of farm machinery.

Kurt Kaser, from Nebraska, said he was transferring wheat grain from one silo to another when he accidentally trapped his leg in a grain auger opening.

The 63-year-old told ABC News he could not pull his leg out of the rotating shaft.

He was working alone, without his mobile phone, on his 607ha farm on 26 April when the accident happened.

Therefore, he decided to hack off his lower left leg with a 3in pen knife to save his own life.

“I stepped right in the damn thing. It grabbed hold of me,” the farmer, who lives in the village of Pender, told ABC News.

“I can remember seeing it start and I go, ‘this ain’t good’.

“And, then, when my foot was in there banging around, I was trying to hold my leg, pulling it out, and I said, ‘This is not good’.”

'I didn't have no other choice,' Nebraska farmer Kurt Kaser tells me of his life-or-death decision to saw off his leg with a pocket knife when it became stuck in a grain auger – @ABC News – https://t.co/OMscYLqxKR

He recalled how the auger kept pulling on his leg and tearing away his skin, tissue and muscle until he could see the bone protruding from his lower left leg.

“I felt it try to grab me again,” he said. “I about gave up and said, ‘Whatever happens, happens. If it sucks me in all the way, it’s over with.’ But then, all at once, I thought of my pocket knife.”

Mr Kaser said he thought he would pass out. But he managed to crawl on his hands and knees to a phone to raise the alarm with one of his sons, who then contacted emergency services.

He went on: “Adrenaline kicked in so much that I don’t know if it hurt or not.”

The farmer also told how he had cut away part of the auger’s safety screen to make it fit into a space last winter.

“I’m kind of disappointed in myself that I didn’t think of fixing that thing, or whatever,” he admitted.

Mr Kaser was released from a rehabilitation centre last Friday (10 May). He plans to use a prosthetic limb once his amputated leg has healed.