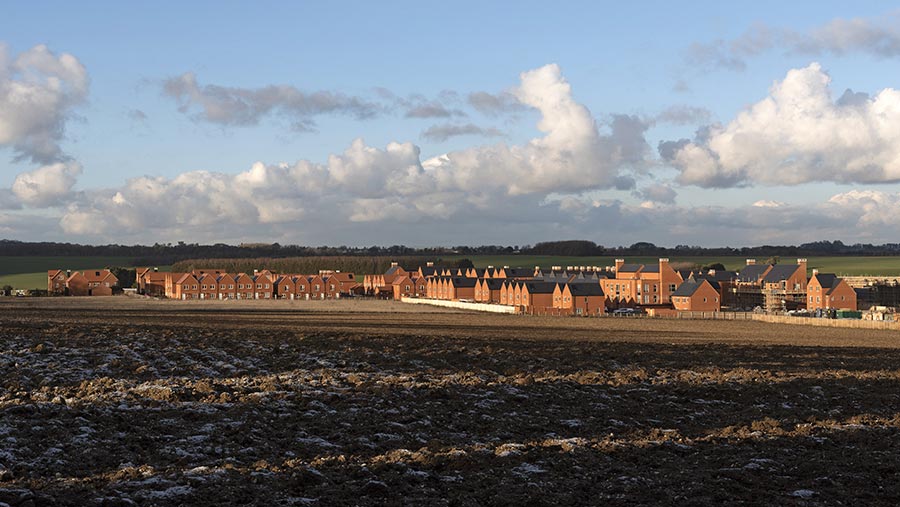 Government housing secretary Robert Jenrick’s white paper – Planning for the Future – was released last week, alongside the launch of a public consultation on the issue.

The unveiling was broadly met positively by farming groups and rural property specialists as an attempt to simplify England’s planning laws.

However, the changes will need primary legislation and have already come under attack for their perceived removal of local democracy in planning decisions.

Their path through parliament is not expected to be a smooth one.

Why planning law needs to change

Existing planning law has its roots in the Town and Country Planning Act 1947.

Since then, the system has been subjected to an over-layering of tweaks and micro-management, meaning the current situation is a tangle of national and local legislation, say planning advisers.

Central Association of Agricultural Valuers (CAAV) secretary Jeremy Moody says this can be difficult to navigate and developments can be mired in years of expensive wrangling, localism and appeals.

The government’s white paper is a much broader attempt to overhaul and simplify legislation than anything seen for 70 years, he says.

The proposed changes do not mention agriculture directly, but some of them could have a big impact on rural development and farming, Mr Moody says.

Key issues that may affect farming

Mr Moody and Acorus Rural Property Services planning director James Whilding highlight some of the areas that could affect farming.

Among the main proposals are:

Growth areas would be identified under a local authority plan previously devised and agreed by the government.

Developments proposed on land under this category would have a presumption in favour of planning approval. There is also an aim to ensure growth areas are divided among a number of developers to discourage the construction of one-size-fits-all, featureless housing estates.

Renewal areas will be designated where there is existing development close by and, like growth areas, could have a presumption in favour of approval. For rural locations this could mean sites within village boundaries or on the outskirts.

Protected areas include land at high flood risk or which are designated as conservation sites, green belt or important areas of green space.

However, the consultation document suggests other options such as merging the growth and renewal categories. It also adds that the presumption in favour of approval could be restricted to growth areas alone.

Assuming the changes get parliamentary approval, local authorities will have 30 months in which to designate their zones, carried out through their local plans.

All authorities have a local plan in place but these are currently agreed in isolation from any other region. If the new policy goes ahead, local plans would be joined up in a national masterplan that could see designations dovetailed across borders and boundaries, in theory allowing a more strategic approach to planning.

The government has proposed a national levy that would replace both the Community Infrastructure Levy (CIL) and planning conditions known as Section 106 agreements.

These existing measures are effectively locally applied taxes based on the uplift in value caused by a development. The charges fund upgrades in local infrastructure to alleviate any additional strain caused by the development.

For example, new housing might add pressure to local roads which, without a tax, would have to be paid for from local council coffers.

The new national levy would be an England-wide, flat-rate charge and should be fairer, says the government.

One of the key aims of the overhaul is to speed up the planning process, which often becomes mired in objections and specific local authority interests, adding time and cost.

Instead, the government is proposing that local plans should include a predetermined checklist of parameters and tests.

A proposed development would then be judged against these requirements, including suitability of purpose and standards for building and construction.

As long as a proposal meets the local plan requirements, it should move on from the application process with limited opportunity for objectors to overturn the decision.

Land designation within local plans is arguably the most crucial aspect for farmers and landowners, says Mr Whilding.

Under the existing piecemeal approach, housing development is sporadic, with large satellite estates mushrooming in areas with limited infrastructure.

If the government adopts the proposed masterplan approach, with clearly defined areas mapped, these sprawling developments on inappropriate sites may be curbed.

With the encouragement for smaller-scale developers, farms wishing to build in renewal areas close to village boundaries may find it easier to get the go ahead.

However, for many farmers in open countryside the opportunity to develop land may be more restricted, depending on the final designation option chosen.

The point where a local authority draws its designation area boundaries is important, as once they are drawn, they may be far harder to challenge.

Mr Moody echoes these comments on the area designations.

He also stresses that moving away from CIL and 106 agreements to a national levy could be significant.

These measures are currently open to local interpretation, he says, and while some authorities will apply a tax to a farm development, others won’t.

The proposed flat rate applied at a certain level of uplift value should mean most agricultural developments will fall below this benchmark and so will be zero-rated for the new charge.

However, the point where the flat-rate is set will be crucial to how many developments are hit by a tax.

Generally the level of tax the government applies through the planning changes will be a compromise, Mr Moody says: too low and it won’t secure tax revenue from developments, too high and it will inhibit growth.

The key advice stressed by both Mr Moody and Mr Whilding is that farmers and rural landowners should get involved and “inundate government with their views”.

Mr Whilding describes the white paper as a wishlist and a flurry of Post-it notes, with a huge amount of detail still to be hammered out.

Now is the time to get involved, he says.

Both experts urge farmers to continue that engagement beyond the consultation, particularly if land designation categories are adopted.

From the details released so far, it appears there could be less scope and flexibility at a local level once land is designated, Mr Whilding says.

Farmers should make every effort to keep up to date with the process and engage as early as possible, he says.

Country Land and Business Association head of planning Fenella Collins says the tone of the white paper is aspirational and she welcomes its aims to stimulate growth and simplify the planning system.

“But we do have a concern that local authorities, with the power to decide how land is categorised, will take a blanket approach to the countryside.

“If all rural areas are placed in the protected category it could stifle rural business growth.”

NFU senior planning and rural affairs adviser Suzanne Clear says: “It is essential the farm voice is heard in this debate.

“Any new zonal system will only work it if can efficiently deliver what farming and rural communities need.

How to respond to the consultation

Have your say on the Ministry of Housing, Communities & Local Government website.

You can download the Planning for the Future white paper here (PDF).