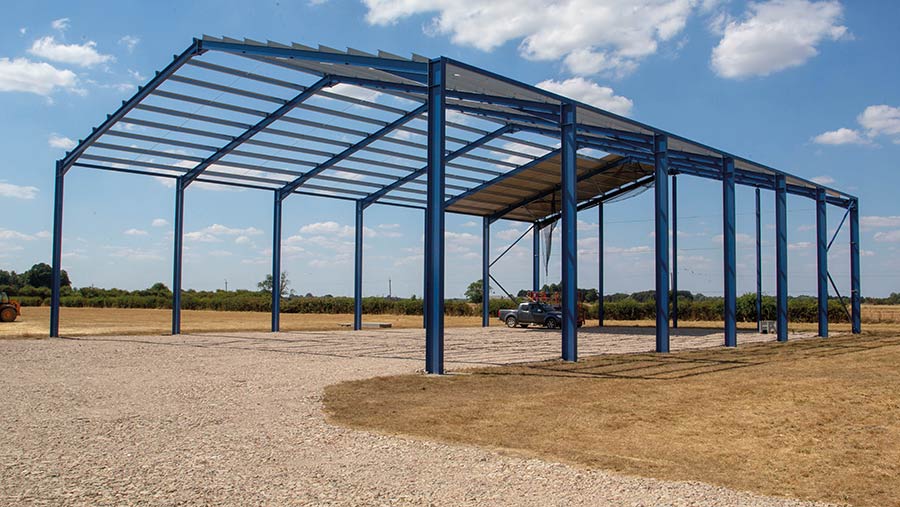 Landowners planning to construct or upgrade farm buildings face a tougher process after a legal case set a precedent in the High Court.

These rights allow farmers with holdings larger than 5ha to extend, alter or erect a building of less than 1,000sq m without needing full planning permission.

See also: Sales of land in support schemes: What farmers should know

The plans must still be approved by the local planning authority in a process known as prior notification. A local planner then assesses whether the proposal meets the PDR terms or if it needs need full permission.

The system has been devised as “light touch”, requiring only minimal information so that work can be commenced efficiently both from the planner’s and landowner’s perspectives.

Until the ruling, this has required the landowner to fill out only a basic form setting out the siting, basic design and appearance of the project.

Mr Smolas’ planning consultant, Helen Hamilton, said the form includes only a small space, allowing a few words to describe why work is “reasonably required” by the agricultural business.

But Mr Smolas’ application was thrown out by a planner who said insufficient information was provided, Ms Hamilton said.

The planner then stated there was insufficient time to reconsider any additional evidence. Mr Smolas and his legal team felt this went against the law set out in the General Permitted Development Order 2015 (GPDO) and challenged the decision in the High Court.

However, the judge, Mrs Justice Lang, ruled in favour of the planner, agreeing that more evidence should have been supplied.

“Mrs Justice Lang did not accept our argument that the local planning authority should have some objective basis or evidence on which to decide whether development met the conditions and limitations of the GPDO,” said Ms Hamilton, of Marches Planning.

This is usually obvious because the details relate to specific areas, heights and locations that can be determined as a matter of fact, she added. The claimant had explained why the development was reasonably required for agricultural purposes.

In ruling against the farmer, Ms Hamilton said the judge had set a precedent requiring future applications to provide information that was not required by the GPDO.

This represents a very significant change to the law – from now on all prior notifications will have to include far greater detail or run a greater risk of failure, Ms Hamilton said.

How much or how little detail is acceptable is unknown because there is no stipulation as to what extra information is required.

A streamlined system has become more complex, time consuming and shrouded in doubt, she said.

The legal team plans to challenge the ruling, but Mr Smolas may not have sufficient funding and has a limited time period of three weeks in which to lodge an appeal.