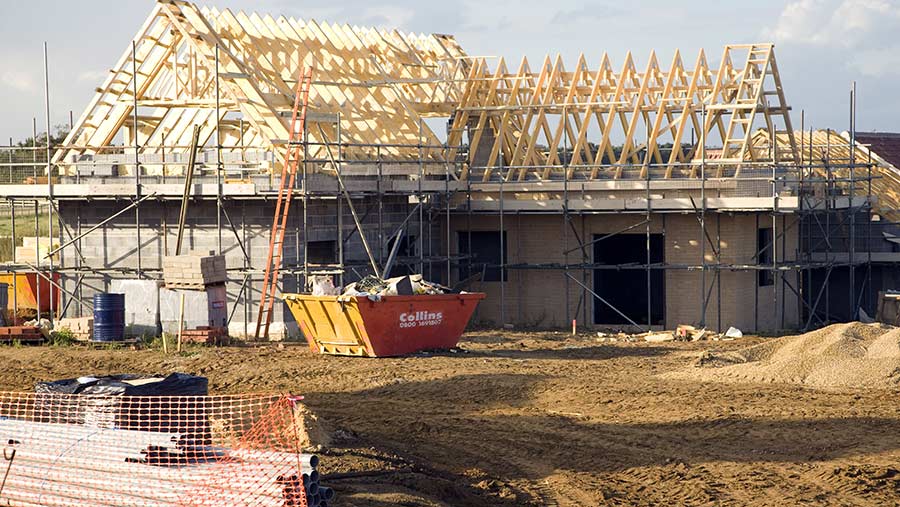 The most significant change in the document is the introduction of the Housing Delivery Test, says Barry Davies of the British Institute of Agricultural Consultants.

The test will apply from November 2018 and focuses on driving up the numbers of homes delivered in council areas, rather than how many are planned for, with the potential of a penalty for councils that consistently fail to oversee sufficient housing.

The government wants to see 300,000 new homes built a year by the mid-2020s. Last year 217,000 homes were built, which is the biggest increase in housing supply in England for almost a decade.

Increased support for rural housing and the high-quality design of new builds are the main housing focus points of the NPPF.

It carries forward the permitted subdivision of existing dwellings, first mooted in the draft document.

This has been welcomed by land agent Cheffins, which says this will allow rural houses to be converted into multiple homes, bringing with it diversification options for farmers and landowners.

The full planning process will still need to be completed to create a new house in this way, but as it will be supported by policy, it is likely to be much easier to get approval, says Cheffins.

Planning rules have also been relaxed for homes in the countryside for agricultural workers or “those taking majority control of a farm business”, which will allow for the provision of homes for farmworkers looking to retire, or for family members taking over the business.

Where there is an essential need for a rural worker, the NPPF makes it clear that planning permission should be granted.

It also says planning decisions should enable the growth and expansion of businesses, and it supports the Class Q category of permitted development rights, which allows agricultural buildings to be converted for residential use.

However, Cheffins is disappointed by the decision to change the small site allowance from what was proposed in the draft NPPF.

Initially local authorities would have to ensure 20% of all sites allocated in their plans were 0.5ha or smaller (about 15 houses).

In the new document, only 10% of all allocations should be on sites of one hectare or less (about 30 houses).

Jon Jennings, director, said: “In reality, the smaller number of sites will deliver the same number of houses as the 20% allowance.

“However, as the size of sites becomes larger, smaller edge-of-village developments, which have played an important part in the housing land supply, now risk falling by the wayside and this change will not help smaller housebuilders with delivery.”

Rural exception sites are small sites used for affordable housing, often accommodating residents with an existing family or employment connection, and are managed by the local authority.

A proportion of market homes may be allowed on the site at the local planning authority’s discretion.

The CLA, which previously called for all exception sites to have open market housing, has warned that the changes made to the criteria for Entry Level Exception Sites (Eles) will limit the chance of solving the rural housing crisis.

CLA president Tim Breitmeyer said: “The new rules now state that all properties on an Eles must be affordable.

“The reality of the policy means that landowners will not bring land forward because the incentive of including market homes on the site has been removed.”

Housing minister James Brokenshire said: “This revised planning framework sets out our vision of a planning system that delivers the homes we need.

“I am clear that quantity must never compromise the quality of what is built, and this is reflected in the new rules.”