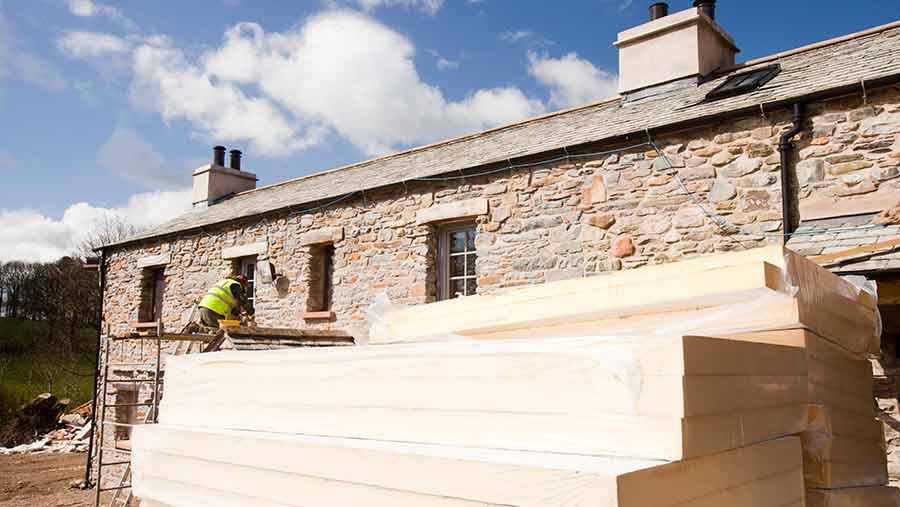 Between April 2015 and March 2016, 13,879 dwellings were added to England’s housing stock from PDRs, according to newly released government figures.

However, only 226 of these came from farm buildings, with the majority resulting from the conversion of offices.

By June this year about 3,000 (or 46%) of such agricultural conversions had been refused by England’s district planning authorities since April 2014, when this class of PDR was introduced for farm buildings.

However, the CLA said it believed the potential for meeting housing needs through barn conversions was nowhere near being fulfilled and conversions under permitted development rights remain stalled.

President Ross Murray said the housing shortage was being felt in the countryside just as much as in urban areas and that planning authorities persistently ignored the government’s intention behind converting farm buildings into homes.

“The refusal rate for converting old farm buildings is almost three times higher than approvals to convert offices to residential units, which indicates the permitted development rights policy is not working.

“Some farm buildings are clearly not suitable for conversion, so it would be unfair to pin all the blame on planning departments, but the high rates of refusal and the small number of completions is a wake-up call to government that this policy requires attention.

“The government must make it clear to local authorities that permitted development rights are a vital part of its strategy to deliver new homes in rural areas.”