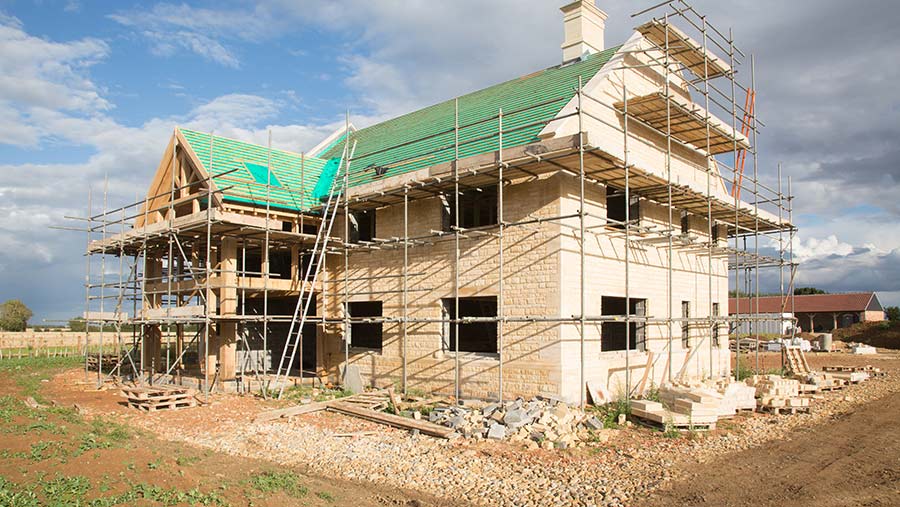 Simplifying the planning system and making improvements for rural areas could unlock billions of pounds in the economy, according to the Country Land and Business Association (CLA).

The organisation’s policy report Rural Powerhouse: a planning system designed for the rural economy was published on Friday 17 July.

It explains how a simpler and properly resourced planning system can support, enable and enhance development in the countryside.

Currently, the planning system is complicated, lengthy and expensive, and actively discourages people from investing in rural areas through development, says the CLA.

Mark Bridgeman, CLA president, said the government is looking to adapt the planning system – as shown by the prime minister’s recent “Build, Build, Build” announcement – and it is crucial to ensure it works in rural areas as well as the urban high street.

“The sheer cost of going through the planning system makes it an increasing hurdle, and this is a big issue for many of our members,” said Mr Bridgeman.

“Applicants must spend thousands of pounds on planning costs without really knowing if they’re going to be able to make it a success. Our key focus is how can we simplify this?”

What the CLA says

Recommendations for short-term action include:
• National Planning Policy Framework – rural economy section to be improved to better reflect businesses in rural areas, not just farming and forestry.
• Permitted development rights to be broadened to allow new-build affordable housing for rent on rural exception sites.
• Permission in principle – applicants granted permission in principle as first stage before having to spend money on producing evidence.
• Remove Community Infrastructure Levy for all new farm buildings.
• Introduce a national policy that promotes the conversion of roadside barns to residential use.

Fenella Collins, CLA head of planning, said the biggest complaint the association has received from members is that the planning system restricts rural growth because it is expensive and plagued by delays.

“Applicants are asked for more and more evidence, which adds to costs, before even submitting a planning application,” she said.

“If you get a refusal, all that money has gone down the drain, so we’re trying to avoid that wasted cost.”

The CLA hopes that changing the perception of what the rural economy includes will help prevent discrepancies between national and local planning policies.

“The idea that the countryside is just for farming and forestry is outdated, as rural areas are much more diverse than that now,” Ms Collins said.

“If the planning system changes and rural growth opportunities are unlocked, the rural economy could generate billions of pounds over the next few years.”