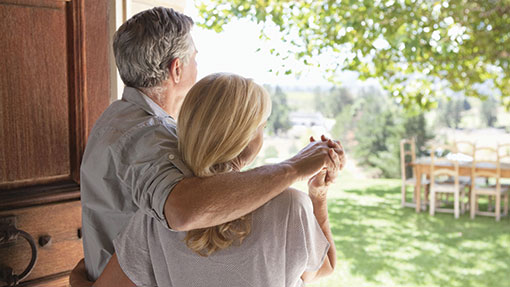 The risk of divorce makes it difficult for some families to feel comfortable about passing on farming assets.

The following outlines a situation in which a farming parent recently found himself, writes family law expert Alastair McLeod of Clarke Willmott LLP.

Q “I run my farm as a partnership with my son. Most of the land is held in my sole name on the deeds. My son is now getting divorced and his wife’s solicitors are saying that the land in my name should be taken into account in the divorce settlement. That can’t be right can it?”

A This is a relatively common but unexpected problem when divorce affects a family farming partnership.

It is often the case that land which is held in one partner’s sole name on the deeds over the years comes to be included on the annual accounts balance sheet for the partnership.

Whatever the benefits of this from an accounting perspective, it can cause difficulties if one of the partners, who is not the owner of the land on the deeds, later divorces.

Unless there are clear arrangements to say otherwise, it may well be assumed by the courts that the divorcing partner who does not have their name on the deeds to the land nonetheless owns a share in it, as it is counted as a partnership asset in the accounts.

The court may decide that he owns a percentage share in the value of this land equal to his percentage of the overall partnership.

If this happens, then that share of the land would be taken into account when deciding the divorce settlement. This can be a serious problem for the divorcing partner and the farm business.

How to prevent the issue

One way to help prevent this is to ensure that the business has a partnership deed which makes clear exactly which are partnership assets and which are owned by each partner.

This should be backed up in the annual business accounts.

Another answer is to set up a pre- or post-nuptial agreement. This will not only make clear that land can be taken into account in a divorce settlement but also give wider protection for the whole farm business in the event of one of the partners divorcing.

Following recent recommendations made by the Law Commission, pre-nuptial agreements are under discussion again.

In October 2010, the Supreme Court ruled in favour of wealthy Katrin Radmacher, who sought to limit the financial provision for her spouse through a pre-nuptial agreement.

Her success has fuelled a significant increase in demand for pre-nuptial agreements, including among farmers.

The number of farming divorces has risen quite significantly recently and understandably farmers want to protect against the impact of a future divorce.

Some of the older generation of farmers are so worried about this that they are increasingly asking how they can stop their son or daughter’s future spouse from taking a huge part of the farm if the marriage doesn’t work out.

This fear can make parents reluctant to pass on the farm without some guarantee that the business is safe.

The courts have little regard for the fact the farm has been in the family for generations, so a divorce can have a devastating effect.

A standard separation – without intervention from a specialist lawyer – will see a 50/50 division of assets. This can lead to farms being split up and the business being crippled by debt to fund a divorce settlement.

Since the Radmacher case, many farmers have set up their own pre-nuptial agreements, seeking to ensure that land belonging to a non-divorcing partner in a farming business does not get mixed up in a divorce settlement.

And also to ring fence inherited assets and make property settlements that only benefit a spouse for as long as children are in education.

Settlements can now be based on providing for the other person’s needs for a limited period rather than splitting everything 50/50 regardless of who brought assets into the marriage.

Of course, arranging a pre-nup can be a delicate task. It is a difficult subject to broach and will be considered by many as unromantic but it’s far better to have one in place just in case things don’t work out quite as you planned.

Ideally, the agreement should be entered into before marriage but even where the parties are already married, a post-nuptial agreement can be just as effective.

When setting up a pre- or post-nuptial agreement, we would recommend the following

1 The agreement must provide for the needs of minor children while they are growing up and in education.

2 Set out exactly which land and other assets are to be excluded from a future divorce financial settlement (eg assets received by one party by inheritance of gift, which have not been built up by the couple together during the marriage.)

3 The agreement must make provision for the other party’s basic reasonable financial needs following divorce.

It must be clear that the agreement has been entered by both parties freely and with full understanding of its terms.

To ensure this the recent Law Commission report recommended that an agreement should not be signed until both parties have seen details of the other’s financial circumstances and have received legal advice from their own solicitor.

(The commission also recommended that no agreement should be signed less than 28 days before the date of the wedding.)