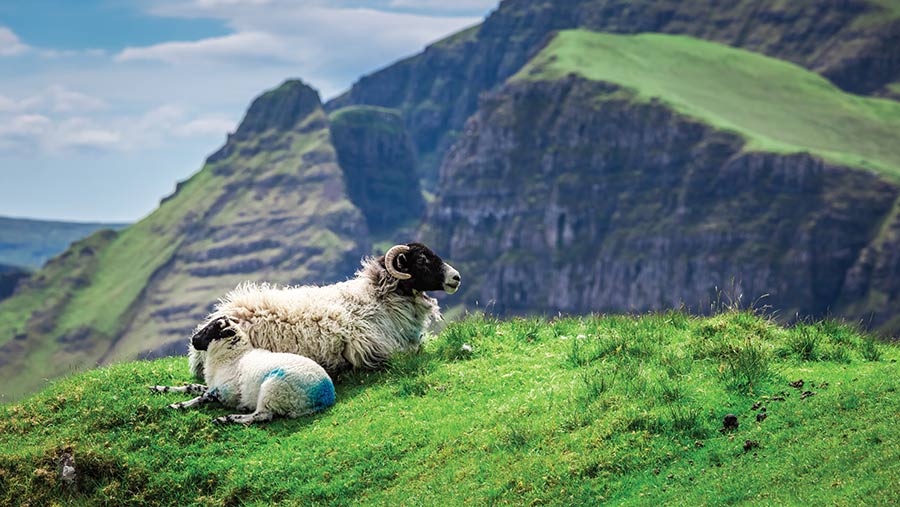 A decline in cattle numbers in Scotland has been halted and pig and sheep production is up too, new agricultural census figures show.

The June Agricultural Census, which captures the position of Scottish agriculture as at June 2021, shows a 0.5% increase in cattle over the past 12 months.

At 1.7m head, this still remains close to the 60-year low, but it does mean that what has been a year-on-year decline – linked to a fall in profitability – has halted.

The current size of the national herd was mostly boosted by a rise in the number of calves held on farms, which could be the result of labour shortages in the processing sector.

The survey points to a good lambing season, with sheep numbers increasing by 1% to 6.83m, and pig numbers have gone up for the third year in a row.

But one sector that has taken a hit is poultry, with bird numbers falling by 3%.

The total workforce on farm holdings increased slightly, to 67,400 people, and tenancies overall saw a decrease of 1%, to 6,100 holdings.

At 471,000ha, the area of land used for growing cereals has remained similar to 2020, but oilseed production has risen sharply, by 8%.

Total acreage planted with potatoes remained steady, at 28,400ha, and vegetable growing increased by 5% to 22,100ha.

Strawberries are again the most popular soft fruit grown in Scotland – they make up more than half the total soft fruit area, which remained steady in 2021 at 2,200ha.

Improved planting conditions in autumn 2020 compared to 2019 saw more farmers growing winter crops, with land sown to these up 9%.

But as the acreage of winter-planted crops increased, production of spring planting tumbled by 4%, in particular spring barley.

Other crops, including rye and triticale, cover about 7,100ha.

Potatoes are now grown on 28,400ha of Scotland’s farmland.

Seed potato production is up by 1% to 12,200ha, while the area of eating potatoes grown has fallen slightly to 16,200ha.

More land was used to grow vegetables for human consumption, an increase of 5% to 22,100ha.

The amount of area used to grow vegetables for stock feed remained stable at 16,700ha.

There was a small decline in soft fruit growing – less than 1% – bringing total acreage to 2,200ha.

The area used to grow raspberries has been in long-term decline, but remained stable in 2021 at 240ha.

A 10-year cycle of a decline in cattle numbers has been broken.

Buoyant beef and dairy prices is a factor, but labour pressures on processors will have contributed, too.

Estimates suggest that sheep over a year old not being used for breeding has increased by 39%.

An inability to move sheep off farms due to limited sale opportunities resulting from the pandemic may have contributed to the increase.

Poultry numbers have fallen by 3%, to 14m birds.

The number of birds for egg production increased by less than 1%, to 6.4m, while birds for meat production decreased in number by 6%, to 6.3m.

Early 2021 harvest figures for Scotland predict a good year, with total cereal production expected to be about 3.1m tonnes, above the five-year average.

Wheat and winter barley yields are looking positive across Scotland, but industry experts say farmers are reporting varying yields according to crop.

The final estimate will be published in December.