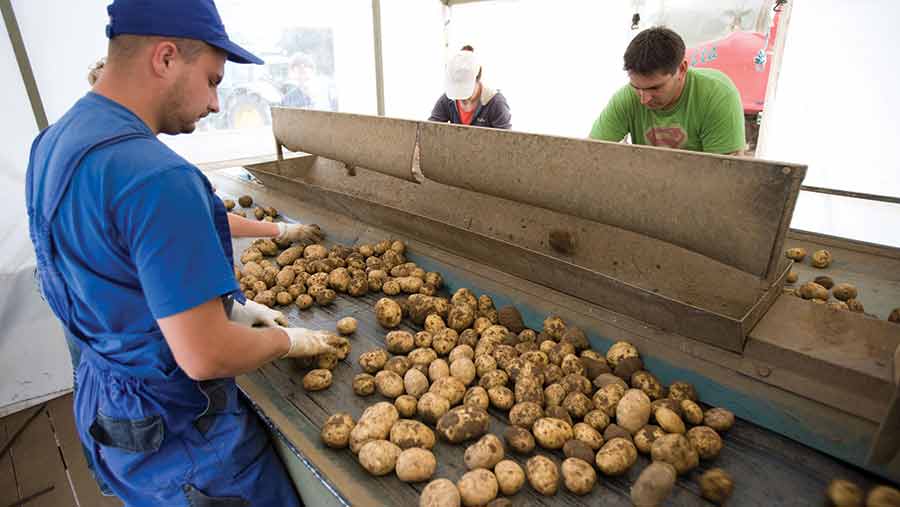 Farm leaders have stepped up calls for the government to ease the impact of new wage rules amid repeated warnings that their introduction will devastate the UK horticultural sector.

Workers aged 25 and over must be paid at least £7.20/hour following the introduction of the national living wage (NLW) today (1 April). Reviewed annually, the government expects the NLW to reach 60% of median earnings – or more than £9/hour – by 2020.

The NLW applies generally to all agricultural workers over 25 who have been covered by the national minimum wage. But horticulture – where labour costs can account for 35-60% of business turnover – will be among the most affected sectors.

NFU president Meurig Raymond said: “It has the potential to make fruit and vegetable growers unprofitable in just three years. We aren’t against a living wage in principle, but it must be sustainable for businesses and workers.”

The NFU is particularly critical of the lack of time for businesses to adapt since the plans for the NLW were first unveiled last summer. Such a rapid and unanticipated increase in employment costs threatened to devastate growers’ livelihoods, it said.

A recent report prepared for the NFU by farm business consultants Andersons said the NLW would increase the cost of seasonal wages by an unprecedented 35% over the period 2016-2021 – equivalent to a 7% average annual wage increase for workers and significantly more than the 2.47% annual rate of wage inflation under the national minimum wage for the preceding five years.

It has the potential to make fruit and vegetable growers unprofitable in just three years. We aren’t against a living wage but it must be sustainable for businesses and workers Meurig Raymond, NFU president

Mr Raymond said the NFU was committed to a long-term campaign of lobbying on the issue, including calling for the abolition of employers’ national insurance contributions for seasonal workers and no pension auto-enrolment requirement for casual employees on farms.

In some cases, the NLW may have the opposite effect than that intended. Yorkshire carrot grower Guy Poskitt suggested some of his workers would earn less money if he went ahead with an overtime ban to mitigate the impact of the wage hike on his business.

Ben Compton, of rural consultants Bruton Knowles, said growers faced limited options. They included employing fewer people, which would delay important operations; charging more for produce, which might not then sell; or making a smaller profit or even a loss.

Mr Compton warned: “Most of these [options] are all pretty unpalatable for a sector that has made great strides in recent years and contributes a significant amount to the UK economy, so it would be a shame to see it take a step back.”

The penalty for non-payment of the NLW is 200% of the amount owed – unless arrears are paid within 14 days. The maximum fine for non-payment is £20,000 a worker. Employers who fail to pay also face a maximum 15-year ban from being a company director.

A government spokesman said: “To help with the transition we are reducing taxes and employer national insurance contributions by over £3bn/year in total by 2020 through changes to the employment allowance and lowering corporation tax to 18%. These measures will benefit over a million businesses.”