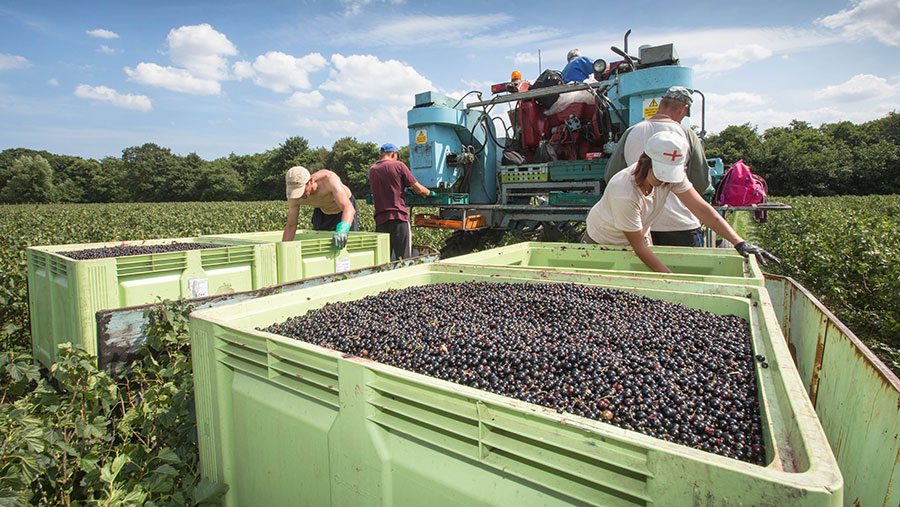 The government has launched its “Pick for Britain” campaign as part of industry efforts to attract Brits to work on UK farms.

The NFU says up to 80,000 seasonal fruit and veg pickers are needed to help with the harvest, or the crops may be left to rot in fields.

Defra’s Pick For Britain website has gone live and it offers information on how to apply to a number of recruiters on farms.

See also: Coronavirus: How to find seasonal work on farms

NFU vice president Tom Bradshaw said: “As the peak summer harvest approaches, we have been working closely with Defra to ensure a solution is in place for businesses to recruit domestic workers this summer.

“There will be thousands of vacancies opening up on farms across the country in the coming weeks and we have already seen a fantastic response from the public wanting to pick for Britain this summer.

“Farmers are incredibly proud to be producing food for the nation at this crucial time but there are challenges and the support of the British public is incredibly valued.”

Ms Dixon said hiring returning Romanian seasonal farmworkers would allow teams to have a percentage of experienced workers who “will help train and keep the new workforce safe”.

She added: “All Romanian workers are being brought into the UK under strict protocols; G’s have worked to the best practice and advice of Public Health England and these workers will be quarantined within small working teams in our hostel accommodation.”

The Romanian workers were flown into Stansted Airport on Thursday (16 April). As well as training new harvest recruits, they will be employed to pick lettuces on farms across East Anglia.

The coronavirus pandemic has caused airlines to cancel flights and increased fears that the farming industry will struggle to fill fruit and vegetable picking roles this harvest.

The Alliance of Ethical Labour Providers – Concordia, HOPS Labour Solutions and Fruitful – has received nearly 50,000 applications of interest in its national Feed the Nation programme to fill seasonal farm vacancies, but only 6,000 had opted for an interview.

Concordia, one of Britain’s biggest recruiters of seasonal agricultural workers, said: “To date, 900 people have explicitly rejected the roles we have offered and 112 have taken up our offer of a role on a UK farm.”

The main barriers to people accepting roles were the length of contract, farms being too far away from their homes, not wanting to travel/commute, care responsibilities that prevent full-time work or the desire to only work part-time.

HOPS said only 9% of applicants were considered suitable for jobs.

Some prospective British farmworkers have been contacting Farmers Weekly complaining that despite the shortage of workers, they are not being offered work on farms.

One man, who has experience in groundworks and physically demanding roles, said he had sent hundreds of applications to agencies and farms over the past month “to do his part in feeding the nation”. But apart from being shortlisted for interview, he had received no firm assurances of work.

“I’m a self-employed person. I’m desperately looking for work and will receive very little in the way of income till May/June,” he said.

“As such, I feel disgraced that monies will be exported outside of the country when people are in need of work here.

“I believe it’s time someone stepped in to stop or slow work being farmed out to migrant workers without the British public being first in line. This was one of the purposes behind Brexit, was it not?”