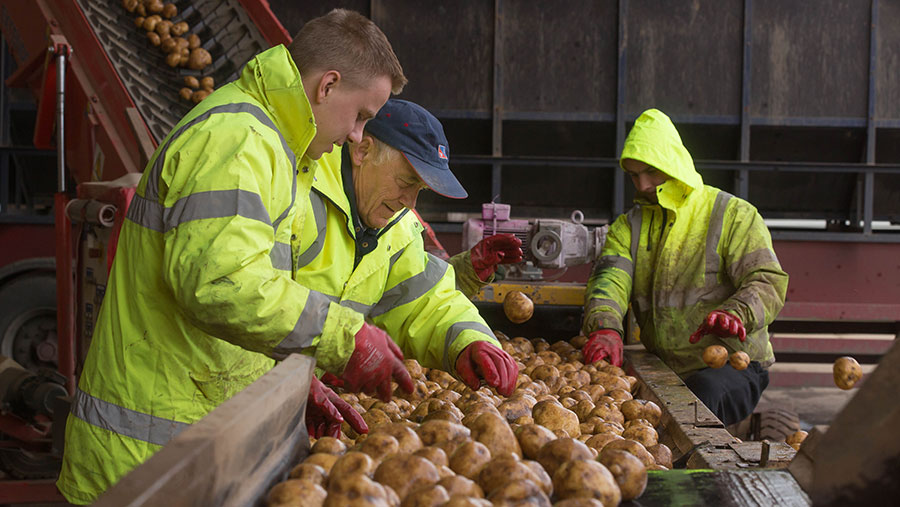 The cross-party committee launched the inquiry over concerns that the farming industry was facing a critical shortage in seasonal workers.

But Mr Porter insisted immigration should not be the first choice and should instead only be “about filling roles we can’t fill here”.

He added: “Food security shouldn’t be about immigration. There is an inherent risk involved in relying on immigration, as Covid-19 has shown.”

Defra farm minister Victoria Prentis said she appreciated the scale of the problem facing farmers. But she added: “For a very long time we have used migrant labour because it suited us.”

She pointed to the Pick For Britain initiative, introduced during the Covid-19 lockdown, as evidence that the proportion of UK workers on British farms could be increased.

The NFU wants assurances from the government that the farming industry will be able to source enough seasonal workers for fruit, vegetable and flower businesses in 2021.

The call comes after an industry-wide survey found that despite the widely publicised Pick for Britain campaign, UK residents made up only 11% of the workforce this year.

NFU chief horticulture and potatoes adviser Lee Abbey said: “The NFU’s monthly labour-monitoring activities indicate that, over the year to date, only about 5% of the 2020 seasonal workforce has been British, with the rest made up of seasonal pilot workers and EU nationals that have travelled to the UK.

“This will, I expect, reinforce the urgent need for a scaled-up seasonal worker scheme for 2021 so that growers have the certainty and the security they need.”

And she said that a regrettable rise in unemployment could provide an increased home-grown labour supply for British farms.

In addition to the UK labour base, the government’s Seasonal Worker Pilot scheme offered permits of up to 10,000 non-EU workers.

Europeans who had gained EU settled status made a further ready supply of labour amounting to 20,000 agricultural workers available, according to Home Office statistics.

And the points-based system of immigration to be introduced will ensure skilled workers are allowed to work in the UK in the future.

When adding the numbers from the various sources together, the amount of available labour comes close to the level of seasonal workers required on farms, Ms Prentis suggested.

Quoting HMRC and Office of National Statistics data, she put that figure at just 40,000 workers each year.

However, Efra committee chairman Neil Parish questioned the total figure and Ms Prentis’ assertion that the Pick For Britain initiative had been a sustained success.

Mr Parish highlighted a discrepancy between the 40,000 total and National Farmers Union (NFU) figures that suggest the number of seasonal workers from overseas needed is 70,000.