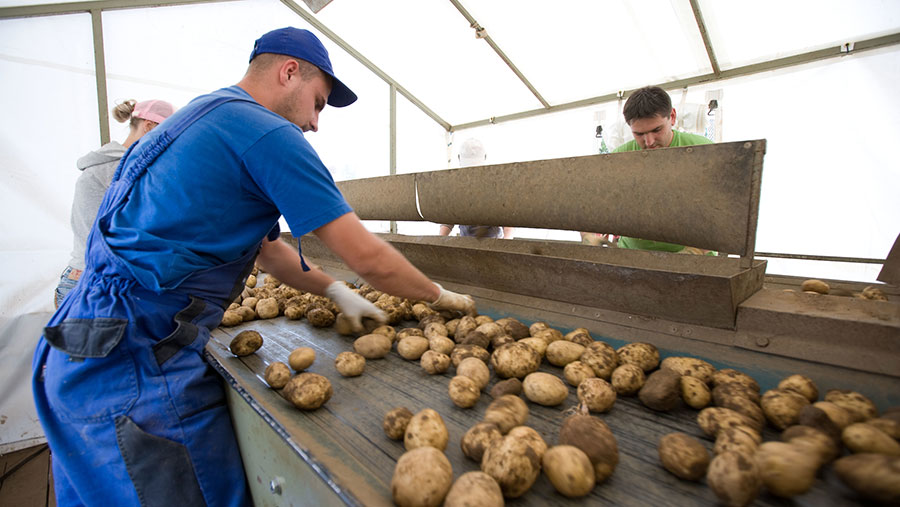 Farm businesses in England may need to award an above-inflation pay rise for 2019-20 to keep in line with increases in the national living wage (NLW) and rising agricultural wage rates in the rest of the UK.

England’s Agricultural Wages Board (AWB) was disbanded in 2013, but pay reviews still traditionally take effect from 1 October, the date on which AWB changes came into effect.

For farm employers in England, Strutt & Parker’s recommendation for craftsman grade, covering the vast majority of workers, is a rise of 3.3%.

The firm’s guidance is based on analysis of key market indicators such as what has been agreed by the continuing AWBs, the rate of inflation and the outcome of public sector pay awards.

“This is the second year in a row where, after much deliberation, we have recommended a pay increase in excess of the rate of inflation,” said George Chichester, director in the firm’s farming department.

“This may be higher than many employers have been expecting, however it reflects the fact that the NLW rose by 4.9% in April 2019 to £8.21/hour, meaning that a standard agricultural worker (grade 2 equivalent), over 25 years of age, must not be paid less than this hourly rate.

“Meanwhile, the pay bodies in Wales, Northern Ireland and Scotland agreed pay increases for craftsman-grade workers (grade 4 equivalent) of between 2.2% and 4.8%, with effect from 1 April 2019.

The highest rate agreed was in Scotland, where the minimum rate for a craftsman worker is now £9.46/hour.

“Taking both of these points into consideration, we are suggesting that employers in England consider a 3.3% increase to the craftsman rate to bring it into line with wage rates in Scotland.”

This may be challenging for employers, said Mr Chichester, but pointed out that the premium for craftsman-grade workers had been eroded over the past five or so years as NLW rates had risen, bringing basic and standard worker rates closer to those of the craftsman grades.

“Employers should also be aware that given the NLW is expected to rise again in April 2020 to £8.67/hour, wage levels for standard and basic workers are likely to need to increase again in the spring.”

When reviewing wages, employers may want to take into consideration other non-pay benefits that are part of a package, such as accommodation and opportunities for career progression.

He also pointed out that employee’s pension contributions through auto-enrolment had risen to 5% in April 2019, which means that despite wage increases in recent years, their take-home pay may have increased very little, or might even have reduced.

Previous recommendations for increases were:

Inflation over the past year has been 2%, as measured by the Consumer Price Index, or 2.8% as under the Retail Price Index.