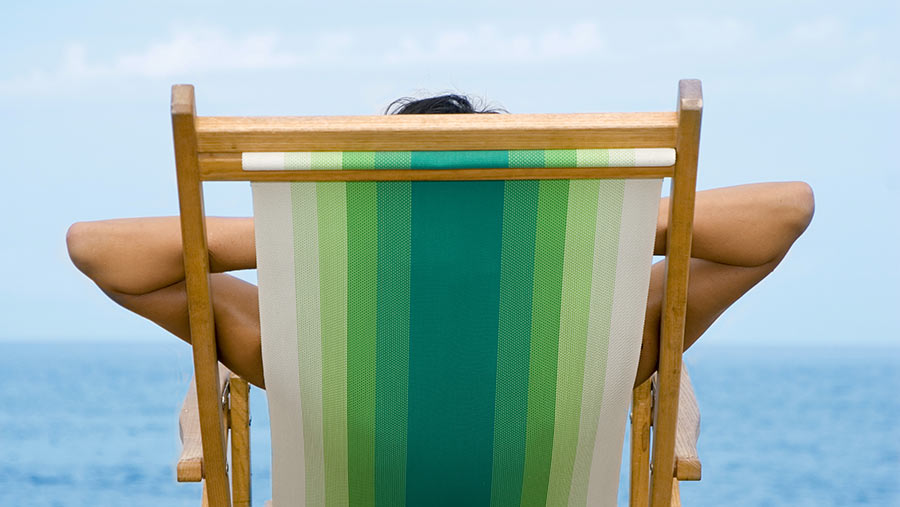 The Trades Union Congress recently published figures suggesting that many agricultural workers are not getting their full annual holiday entitlement.

Farmers Weekly asked Natalie Ward of law firm Thrings to explain the legal requirements for employers when it comes to holidays.

What is the statutory minimum holiday entitlement for full-time and regular part-time staff?

Under the Working Time Regulations 1998 full-time workers are entitled to a minimum of 5.6 weeks paid annual leave each holiday year, which equates to 28 days for those who work five days a week.

See also: How to become a better boss

This includes an allowance for the eight days of public holiday (in most of the UK), but an employer does not have to give a worker paid leave on the Bank Holiday itself unless specified in their contract.

Agricultural workers employed in England before 1 October 2013 may still be entitled to an enhanced number of days under the terms of the old Agricultural Wages Order (AWO), which was dependent on the number of days worked each week.

For most farm workers on a five-day week this was 31 days. The holiday entitlement for agricultural workers in Northern Ireland, Scotland and Wales is still set by an annual AWO.

The statutory minimum holiday entitlement for part-time workers is a pro-rata calculation based on 5.6 weeks for a full-time worker.

Is it an employer’s responsibility to make sure their staff take holiday?

An employer isn’t legally forced to ensure their worker takes their holiday. However, they do have a duty of care to look out for their worker’s health and safety.

Ensuring that workers have some rest and relaxation away from the workplace is part of that.

Arguably, if an employer does not allow, or encourage, a worker to take up their holiday entitlement then it could be dangerous from a health and safety point of view.

There is also the question of whether you get the best from your staff if they work constantly for a number of months without taking a break.

It’s best practice to encourage staff to spread their holiday across the year. Even if they are not going to go away, workers should still be encouraged to have a break from work.

It doesn’t have to be in week blocks, it can be single days.

If someone feels unable to take holiday because of workload, or because their requests for holiday are persistently refused, then they could have a claim under the Working Time Regulations or even a potential constructive dismissal claim.

Do employers have to agree to all holiday requests?

The Working Time Regulations give the employer ultimate discretion as to when a worker may take leave.

This means that there is nothing to stop an employer from refusing holiday requests at peak times of the year, such as during harvest on an arable farm. However, employers need to take a pragmatic approach.

Can a worker claim a payment in lieu for any of their holiday?

There is no provision under the Working Time Regulations for workers to receive a payment in lieu of their statutory holidays unless it is on termination of employment.

This means employers must pay for any untaken holiday when someone leaves the business, but is under no obligation to do so at any other time.

Some employers do run schemes whereby they allow staff to buy and sell holiday, but this should not permit workers to reduce their holiday entitlement to below the Working Time Directive statutory minimum of four weeks.

Can workers roll over any untaken holiday?

Under the Working Time Regulations, four weeks of the 5.6-week entitlement must be taken in the leave year to which it relates or it will be lost, meaning that 1.6 weeks may be carried forward into the next leave year in accordance with a written agreement.

Therefore, if there are contractual terms stating that a certain amount of annual leave may be carried forward, this is lawful as long as it is limited to no more than 1.6 weeks.

What you as an employer want to avoid is workers rolling over holiday year-to-year and never taking it, thus accumulating large balances which would have to be paid in lieu on termination.

A common strategy to avoid this happening is to allow workers to roll over a maximum of five days a year, but stipulate that it must be taken within the first three months of the following leave year.

What happens if someone is ill while they are on holiday?

The European Court of Justice has ruled that the purpose of annual leave – for relaxation and leisure – is different from the purpose of sick leave – which is to allow the worker to recover from being ill – and so ought not to be taken simultaneously.

Therefore, the holiday must be granted at a different time, unless the worker wishes to use their holiday leave during sick leave as a means of earning holiday pay rather than statutory sick pay, which is usually considerably less.

However, employers are entitled to require that sick leave coinciding with annual leave is dealt with in the same way as sick leave at any other time.

For example, workers should report sickness absence in accordance with the terms of their contract, and if applicable, obtain a fit note from their doctor at the relevant time.

They should not be put off from taking leave because they are paid less while they are away. Holiday pay must therefore include regular overtime, bonus or commission if these usually make up part of the regular pay.