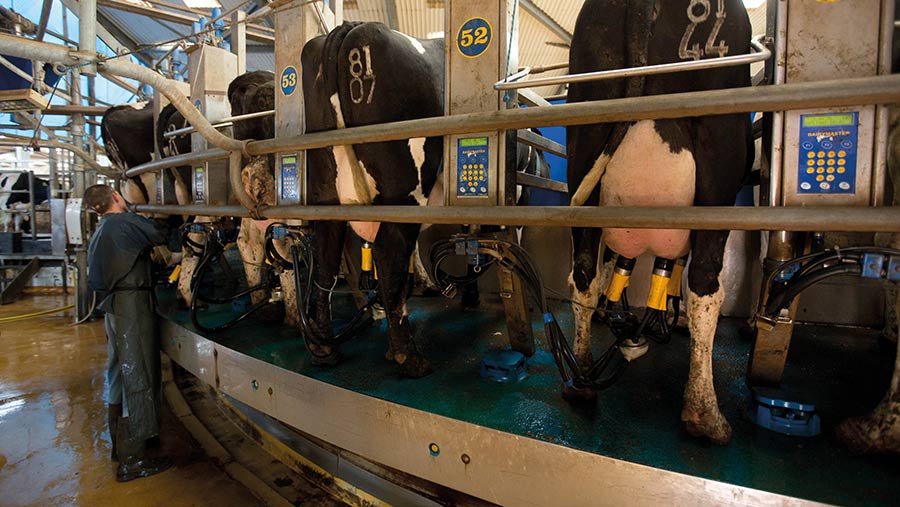 One of the common reasons often given for leaving the farming industry is long working hours.

Many also cite working weekends, when all their friends have Saturday and Sunday off, as a major factor in their decision to leave the industry.

With the current labour challenges, it is important to prevent staff from burning out – so how do you balance workload and working hours?

And how can farming compete with other industries while also managing to get the necessary work done in a 365-days-a-year business?

What are the acceptable working hours?

The law states, via the Working Time Regulations 1998 (referred to as the Working Time Directive), that an employee can’t work for more than 48 hours a week, based on an “average” over a 17-week period.

If an employee is expected to work more than 48 hours a week and they are over 18, they can “opt-out” of this directive.

However, an employer cannot insist on this – the employee must do so voluntarily and in writing (a verbal message is not acceptable).

This is often built into an employment contract but, if not, it must be a separate document signed by the employee.

If a worker is under 18, they must not work more than 40 hours in any week (excluding breaks).

Some farmworkers have more than one job, too, but the 48-hour rule still applies. They would either need to opt-out of the working time directive or reduce their hours.

What are the typical working hours on a farm?

This often depends on the farming system, the number of cows and the rota deployed.

If you run an intensive system with three- or four-times-a-day milking or a different rota, you may be asking your employees to work more or less than these hours.

However, in general terms, hours expected in farming still far exceed the general working week with busy periods such as calving or harvest often seeing staff work between 80-100 hours a week.

How can I reduce the hours my staff are working?

The most obvious approach is to take on more staff who all work fewer hours.

While, on the surface, this can appear to increase costs, there is evidence to suggest that with staff less tired, more focused and better trained, the additional investment can pay off – with fewer mistakes, fewer days off sick and better performance.

It may be necessary to decide where to make other cost savings across the farm to enable you to invest in additional units of labour.

If you pay hourly rates rather than salaries, some staff may complain reduced hours will reduce their pay, while the opposite is true for those on salaries.

Sometimes staff are employed from outside the industry and paid salaries (rather than hourly rates). These employees work five days a week, with two days off.

This may appear to be counterintuitive when considering costs and at a tricky time for the industry, but those farms that are investing in staff have the most sustainable business model in the long term.

How about health and safety?

Farming is recognised as one of the most dangerous and accident-prone industries to work in with a likely correlation between long working hours and accidents.

If you have staff working 50 -100 hours a week, you may be found negligent in your duty of care towards your employees.

How can we change the perception of farming?

It’s often easier to allow staff to work long hours than it is to change things. This is often not helped by labour being viewed as a “cost” rather than an investment.

Often, the temptation is to run your labour half a unit below what you really need to cut costs.

Farm owners and managers then find themselves covering weekends and doing extra hours, with existing staff covering sickness and holidays.

If you run half a labour unit over what you need, this makes things easier.

It’s often a matter of priorities and where to spend money on your farming business.

Those who invest a little more in labour are finding they are becoming the employers of choice, increasing milk yields and improving the profitability and sustainability of their businesses.