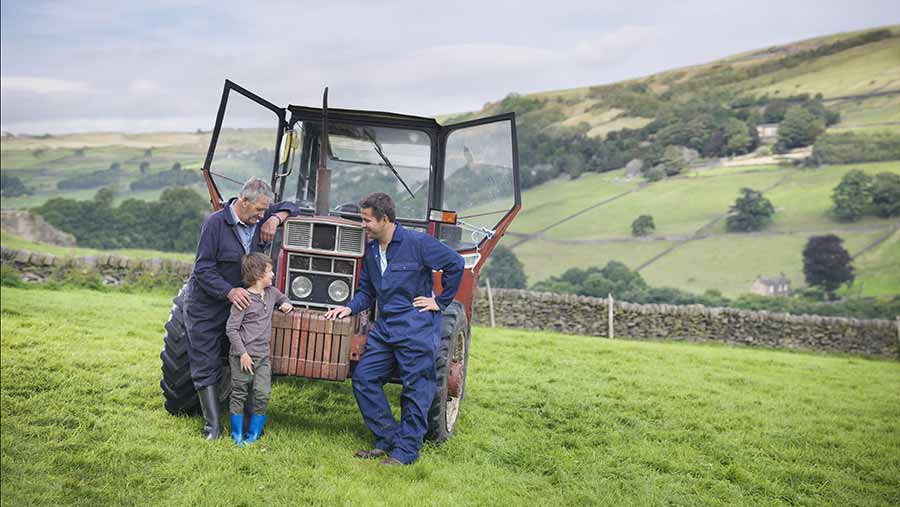 Only 40% of farmers have put effective succession plans in place and the failure to plan for the long term puts the future of farm businesses at risk.

To urge farming families to begin frank discussions about their futures, rural insurer NFU Mutual is staging Succession Sunday on 29 May.

The service is being delivered by specially trained financial advisers at the insurer after research showed many farm businesses are ill-prepared for succession planning.

“Many farmers know they need to talk to family members about succession, but find it difficult to pick the right time,” said Sean McCann, a chartered financial surveyor at NFU Mutual.

“A succession plan can play a big part in securing the future of the family farm.”

Advisers can help families put in place arrangements to maximise tax concessions, such as agricultural property and business property relief.

Research by Farmers Weekly in 2015 found that, although 64% of farming families appreciate they need to take action to secure their farms’ future, less than 40% actually have an effective succession plan in place to support their business.

The survey also suggested 40,000 family farms are at risk even though their main priority was to keep the farm working for the family.

To help farmers start the conversation about succession and bring in financial and legal experts to help family members’ visions become a reality, NFU  Mutual has developed a succession planning service.

To support the service, NFU Mutual has produced an online farming generations quiz.