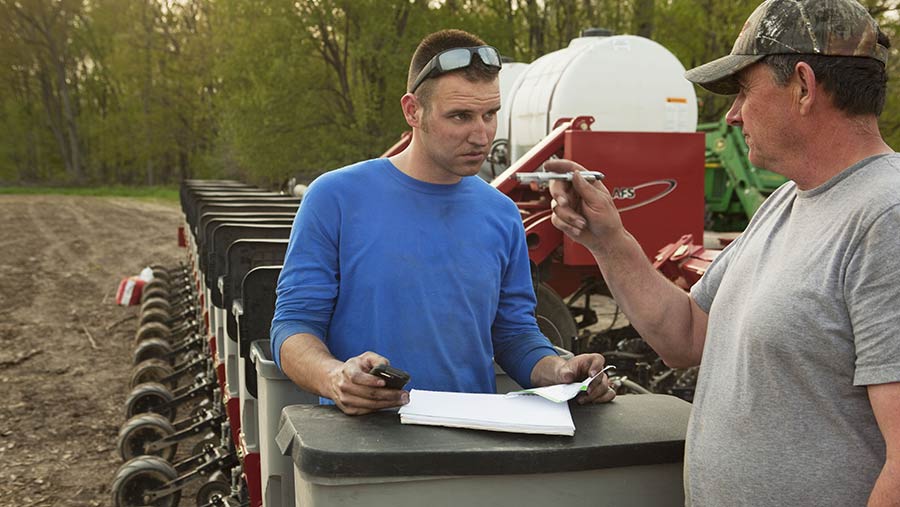 Ensuring the smooth transition of a farm business from one generation to the next is challenging but incredibly important and should be tackled on an ongoing basis, says Matt Lobley, professor in rural resource management at Exeter University.

Speaking to growers and livestock producers at the event on Wednesday 31 October, Prof Lobley said farming families should plan the future of their business sooner rather than later to ensure its ongoing success.

“Farming families need to plan for succession, plan for retirement and keep communicating with each other. And if you are the parents, you need to involve your children and other family members in the discussions.”

Six in 10 family farms lack a written succession plan, suggests Farmers Weekly research. Despite the risk this poses to the future of family farming businesses, more than half do not have a succession plan at all.

That said, it was worth doing some homework first, added Prof Lobley. Farm advisers – including accountants and other business consultants – should only be approached after the family has agreed an outline of what it would like for the future, he suggested.

“If you go in with a blank sheet and the clock starts ticking and they are charging themselves out at £1,000 a day, it is an expensive way to fill in a piece of paper. Come up with a plan – or hire a facilitator who can help you come up with a plan.”

Likening succession planning to an Olympic relay race, Prof Lobley said it was vital that the farm business baton was handed over without being dropped.

One chance to get it right

However, unlike top athletes – who always had another race to run – farming families have only one chance to get it right.

“You must prepare your successors – you have to give them managerial responsibility. You have to let them have those reins.”

Prof Lobley said it was also important that farming families were sensitive when discussing issues such as retirement. It might be better to talk about bringing the next generation into the business rather than talking about the older generation taking a back seat.

Thanks to Carter Jonas and Duncan & Toplis for their sponsorship of the Farmers Weekly Succession Planning event. Farmers Weekly had full editorial control of this report.