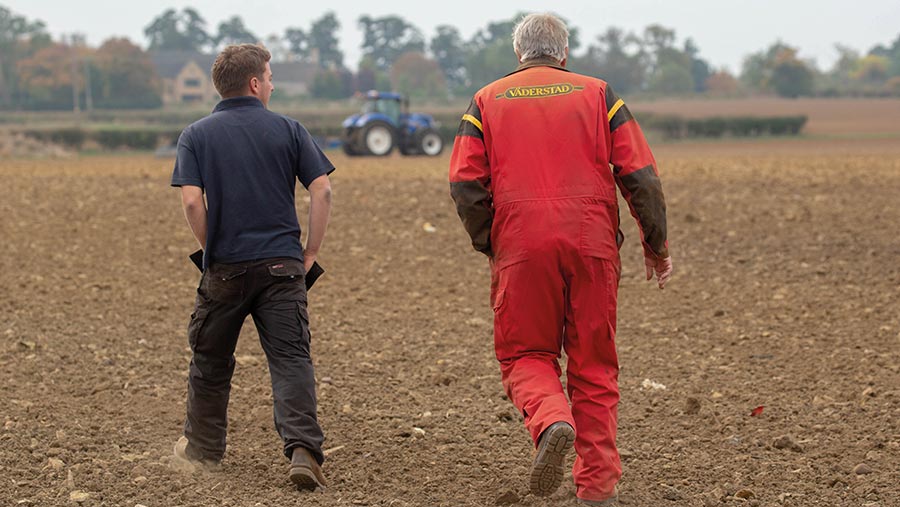 Numerous aspects of farming can negatively impact upon mental health, but the one many might not have drawn a line to is the eternal pressures surrounding succession.

Though succession is an issue that is addressed more now than it was previously, there’s still a lot of work to do, says Siân Bushell, facilitator at staffing consultants Siân Bushell Associates.

“I think it’s so personal and some families are afraid to talk about it, as it could create arguments,” she says. “But it can affect the whole family – even grandchildren.”

See also: Find our succession planning articles all in one place

An important part of succession planning is likely to involve setting out clearly the current business owners’ intentions in their will, explains Elizabeth Ashford, mediator at Monmouthshire Mediation Practice.

“Many families find discussing future plans difficult as there may be differences of opinion as to the best way forward, problems in deciding the fairest way of dividing up assets and/or a reluctance to contemplate life beyond the days of a key figure,” she says.

“In addition, it’s often hard to separate the business from the emotional connections.

“The detrimental effect that this sort of dispute has on relationships and the mental health and wellbeing of all concerned can be devastating.”

Mrs Bushell has come across a lot of mental health issues among the younger generation, who become frustrated and feel insecure due to not being paid properly or having a secure future in the business.

“Sometimes it’s middle-aged farmers who feel trapped because they have put so much into the business, they are reluctant to walk away,” she explains.

“The sad thing is that most people think they are uniquely stuck in these situations, but they are probably the majority.”

A recent survey of 15,000 farmers by the Royal Agricultural Benevolent Institution (Rabi) and the University of Exeter found that one-third of farmers could be suffering with depression – highlighting how prevalent mental health and wellbeing issues are in the sector.

“It’s important to be honest and open if you are suffering,” says Mrs Bushell. “Unfortunately, some still look on it as a weakness, but thankfully it’s being talked about a lot more now.”

But whatever situation families are in, involving a mediator can help all parties considering the best approach to succession.

It’s voluntary, so everyone needs to agree to participate, says Mrs Ashford.

“A mediator will take time to speak confidentially with each of the parties to fully appreciate their respective positions and the sensitivities involved.

“The cost is likely to be borne by the estate and would be less than taking the matter to court.”

And once a succession plan has been established, the interim period between the two generations can be tremendously dynamic for a business, says Mrs Bushell.

“Combining the experience of the older generation with the passion of the younger can be very productive.

“Succession is an ongoing, living plan. Just take small steps as you don’t have to sort the whole thing next week. Be aware of the end goal and take it easy.”

Charities that can help with mental health issues