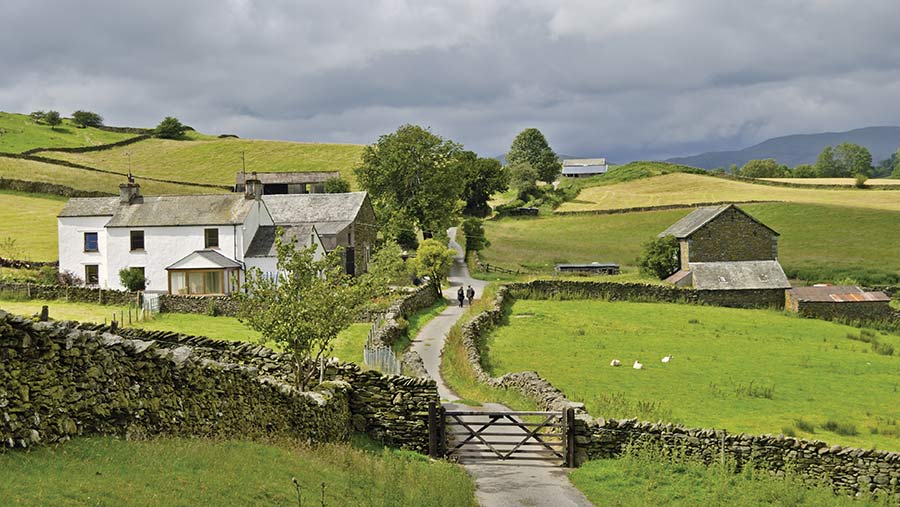 Most farm business owners should investigate whether trading as a company would be beneficial to them, says Iain McVicar, head of the farms and estates team at accountant Albert Goodman. Here he sets out what to weigh up.

Companies have an important role in the business structure of successful and diversified farming and estate businesses. They are underused both for risk management and for their ability to reduce the amount of tax paid by families.

For those lucky enough to have cash-generating assets, they also offer a great way for families to spread wealth around.

See also: How inheritance promises can end up in court

The traditional method of trading for farming businesses has been to operate as a sole trader or a partnership. These are simple to operate and understand, and they are quite flexible.

They have their limitations, though, one of which is that there is unlimited liability for the business owners. This means that if something goes terribly wrong, then other assets such as the farmland, houses and personal assets are put at risk too. Tax rates can also be high.

An increasingly common way of running businesses or parts of businesses is to use one or more limited companies.

A limited company is a separate legal body which can own and run a business. Limited companies are run by their directors.

Ownership is often separate to directorship and is by way of owning company shares. Often smaller limited companies such as in many farming operations have the same directors and shareholders.

Companies pay lower rates of tax than most individuals. The current rate of corporation tax is 19%. Paying less tax leaves more cash in the business and can help a business grow faster.

For sole traders and partnerships, income tax is levied at the individual’s personal tax rates. Once profits are more than £12,500, individuals pay 29% tax (20% tax plus 9% National Insurance).

For profits above £50,000, the combined tax rate is 42% (40% tax plus 2% National Insurance), and those with young families also lose child benefit too.

Farming is a business quite unlike others because of the amount of capital invested in land and buildings. This land usually includes the business owners’ house too. The long-term nature of this type of business means that the protection of the farm is often of paramount importance to the owners.

Farming can be a straightforward business, such as the production of livestock, milk or crops and the production of food commodities. In such cases, having the protection of a limited company may not be important.

However, some farm businesses are diversified or involve more risks than historically was the case.

For example, if you are producing food which you sell, or have members of the public on your farm, then you are increasing the risk of something going wrong and a claim being made against your business.

If there is such a claim against you and your business, are you prepared to lose some or all of the farm?

Farming businesses which are doing something out of the ordinary or have a higher-risk enterprise should consider using one or more limited companies to help contain the risks. This is not foolproof but it is good business planning.

For example, if a farm business that was traditionally beef and sheep had plans to set up a substantial farm shop selling its own and other purchased produce, a limited company should be considered for the shop business to help contain the potential liabilities.

Also, some types of farming carry more risk now. For example, poultry farms have the risk that they may get a bird flu outbreak. The chance of this happening might be low, but the impact on the business could be colossal.

If a poultry farm is already owned by individuals, it often makes sense to set up a limited company which owns the egg or poultry production business. This leaves the land and buildings outside the company.

This type of business structure can reduce business risk for many farmers.

The holding company structure has an added tax advantage when buying farmland and buildings.

Lower company tax rates mean that if the land is bought by a holding company the business needs to earn only £370,000 before tax to pay for the land.

This type of business structure can reduce business risk for many farmers.

The holding company structure has an added tax advantage when buying farmland and buildings. If a farmer wants to buy £300,000 of farmland personally, they need to earn £500,000 before tax to pay for this land.

Lower company tax rates mean that if the land is bought by a holding company the business needs to earn only £370,000 before tax to pay for the land.

Some farm businesses have changed the use of farm buildings to commercial or residential property and others have solar and other renewable income. This often means that the original landowners can end up paying higher- rate personal taxes.

One effective method of structuring these assets is to use a limited company to own the asset that will produce the ongoing income. The company collects the income and pays corporation tax on this. The remaining income is retained within the company or can be distributed as dividends to shareholders.

A company is owned by its shareholders, and it is possible to spread the company shares out among many family members. This allows other, possibly non-farming, members of a family to benefit from the wealth being generated. Shares in the company can also be held in a trust, and this can be a very tax efficient way of getting income to younger family members too.

The great advantage of using a company in this way is that the income or wealth can be spread out effectively. Shares can also be passed gradually from older family members to the next generation.

The management and control of the company can be decided by the family and can change over time too. They are effective flexible companies for owning and distributing income.

Where a farming business operates as a partnership, it is possible also to set up a limited company which then becomes an additional partner in the business.

This type of partnership does allow profits to be distributed among the partners, possibly allowing individual partners to pay tax at basic rate levels and so lowering the overall tax rate.

However, several years ago the government placed limitations on the amount of profit the corporate partner could receive, which means there is more limited use of this type of structure now.

They can still be used where a new family member is joining a partnership. However, they should be carefully considered as the tax allowances on plant and machinery purchases are significantly reduced because they do not receive the Annual Investment Allowance.

There is a penalty that comes with the benefits of limited liability offered by a company, which is the requirement to publish the company’s accounts and other information at Companies House each year.

For most farming companies, their relatively small size means there is a restriction on the amount of information that must be filed. Normally, this is a summarised set of accounts with the balance sheet, but not the profit-and-loss account.

The accounts can be found at Companies House free of charge by anyone, and the strength of the balance sheet can indicate to others the profitability of the business.

Some personal details of company directors are also listed at Companies House, along with details of any bank charges on company assets. For particularly private individuals, this could be a disadvantage of a company structure.

Companies do have to prepare full accounts including a profit-and-loss account for the directors and shareholders, as well as the shorter accounts for Companies House.

They also have to prepare a separate tax return and annual return to Companies House. The annual costs involved in this can be £500-£1,000 more than the cost of dealing with partnership accounts and tax returns.

Directors have a duty to act in the best interests of the company they represent. This means taking the company’s view when making decisions. It also means considering others such as customers, suppliers, employees and third parties when making judgements.

Sometimes this is easy but at other times there could be a conflict between what is in the best interest of your company and you personally. In these instances, the duty to the company should prevail.

Use of company money

When a farming business changes from being a partnership or sole trader into a limited company, one of the major things that needs to change is how money is viewed.

If a sole trader or partnership makes money, this belongs to the business owners. As a business owner, you can take this money out or leave it within the business as you see fit. Aside from normal business considerations, there are few limitations with regard to how you use the money.

When you trade as a limited company, one of the main features is that the company is a separate legal entity. As such, any money made by the company is company money and not the directors’ or owners’ money.

Money in a company can be paid out to shareholders in several ways, which the directors should consider.

This can include rent, interest or repayment of loans, wages, and dividends. Each of these will have a tax implication and there will be a most suitable way of extracting cash in each circumstance.

While this sounds complicated, it can be set up so money can be removed from the company reasonably easily and tax-efficiently.

When to consider using a limited company